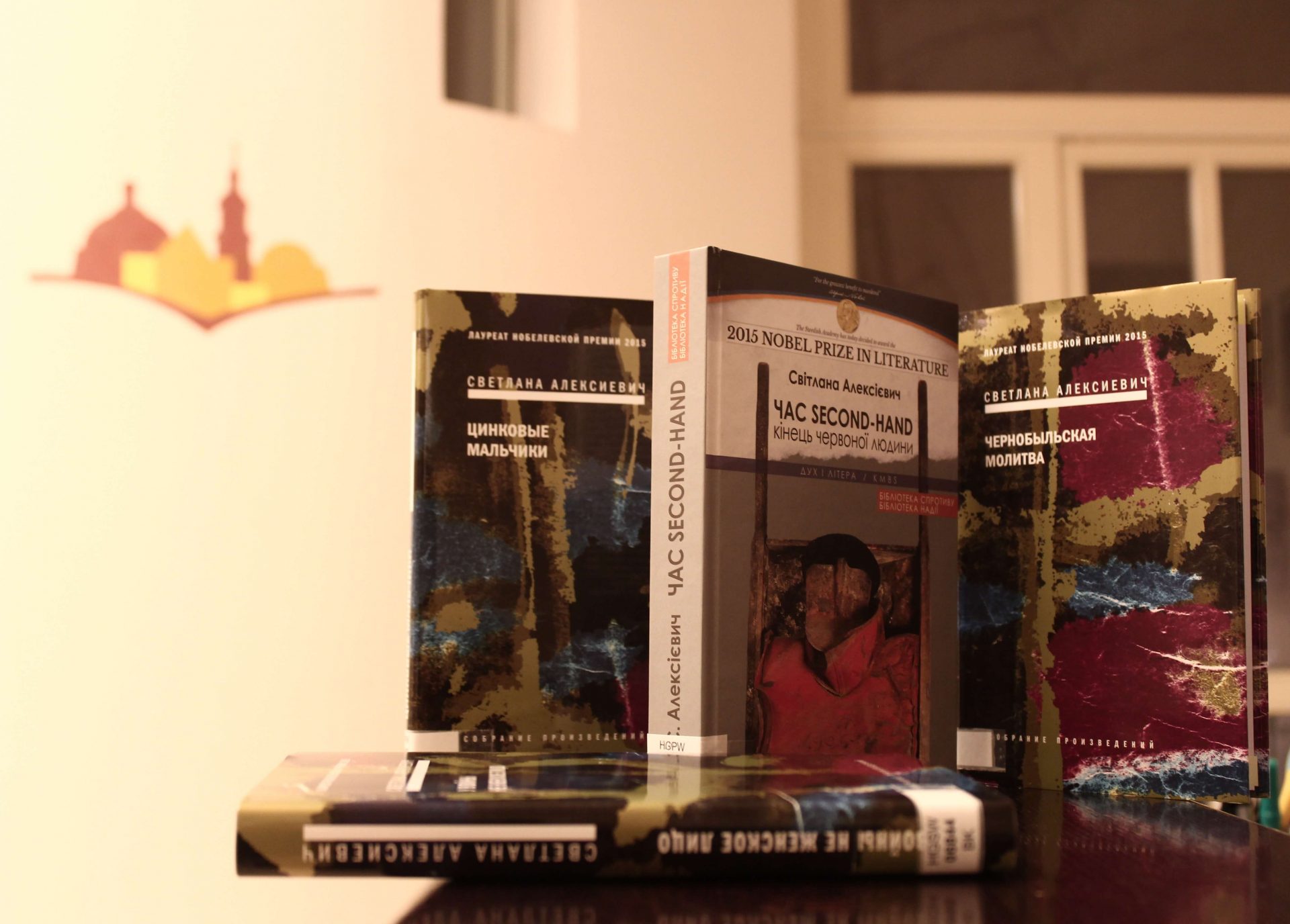 In addition to research literature, the Center's library also contains a compilation of nonfiction texts, which today are relevant and important. Recently the library collections obtained books by the Nobel Laureate in Literature Svitlana Alexiyevych. This complete collection of works in Russian, were published this year in Moscow at the publishing house "Time." Additionally, Ukrainian translations: "The Time of Second-Hand (The End of the Red Man)," which was published at "Spirit and Letter" and "Chernobyl Prayer" with Oksana Zabuzhko's translation of the "Komora" publication.

Svitlana Alexiyevych's texts primarily reference the themes of heritage, the past, trauma and personal experience of war, and are based on extensive interviews with witnesses that give uniqueness and sharpness to the texts. Each book is a collection of memoirs of participants of the Second World War, the 1978-1989 Afghan Intervention and the Chernobyl Catastrophe. Svitlana Alexiyevych, in her texts, attempts to talk about people in the inhuman conditions of disaster and war. It is also a way to understand women, children, and military personnel in particularly difficult circumstances. The books written by the Nobel Laureate also illustrate the destruction of the Soviet-Russian military myth and are an attempt to openly discuss things that are usually hushed.