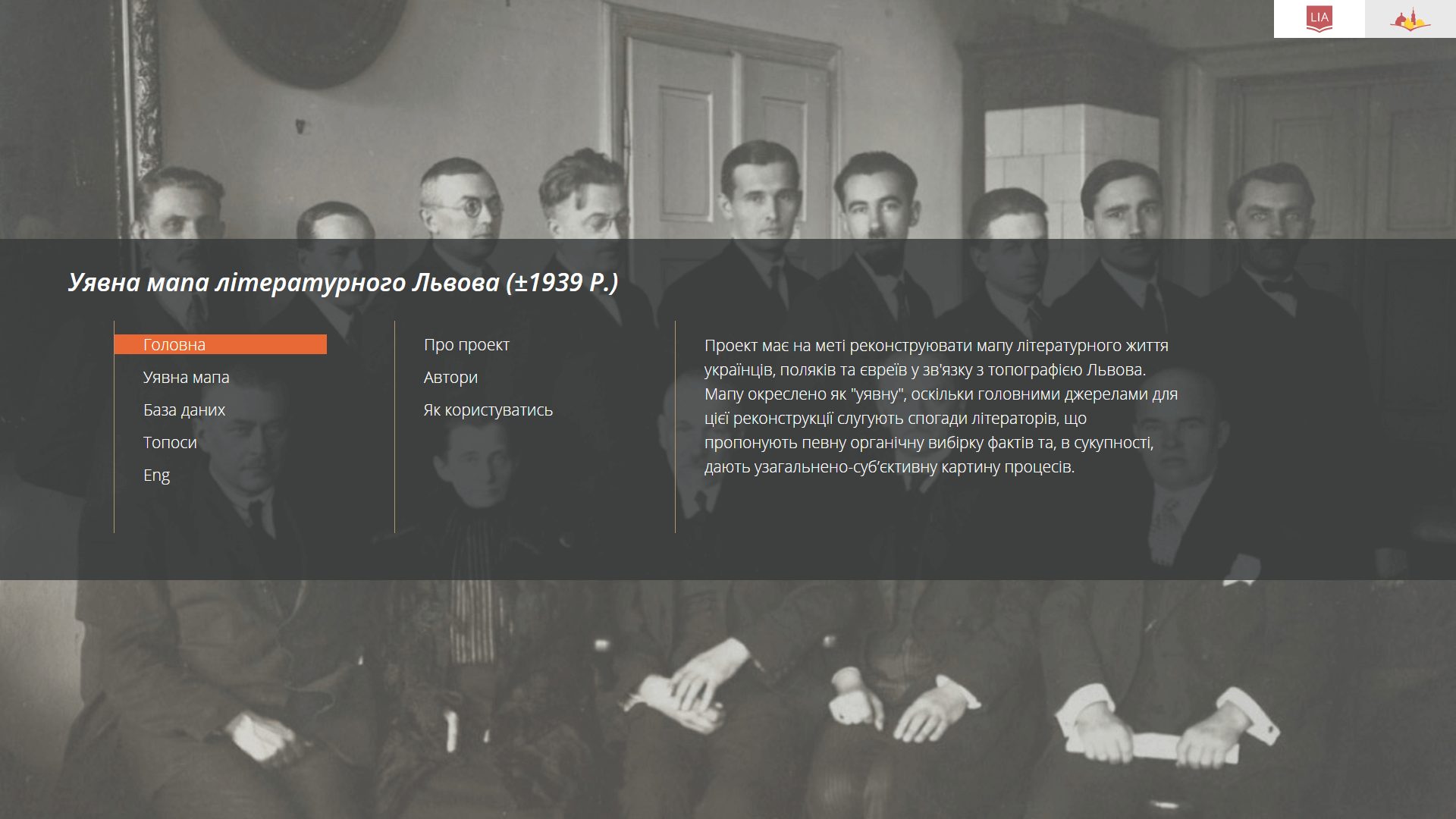 The project of the Center for Urban History "Lviv Interactive" is based on the research of by Viktor Martyniuk and Danylo Ilnytskyi. The map can help study the literary landscape of Lviv at the beginning of the Second World War through the network of places, people, and ideas. You can trace the links between the elements of the network at the tab Imaginary Map.

The year 1939 opens a new perspective on institutional changes in the literary life of the city with the arrival of Soviet authorities, and on the state of affairs preceding the changes. At the same time, the date that concentrates the distress of the survived events was further referred to by the representatives of literatures in different languages, either in their reminiscences, or in literary texts. You can learn more about institutions and personalities, and read the pieces of the processed memories at the tab Data Base.

Imaginary Map is also an attempt to show the polyphony of memories. Even though they do not produce any single discourse, they nonetheless share the space (can be explored at the tab Topos), and the experience – that of anxiety, imminence, trouble, and facing something different.

The study on the platform of "Lviv Interactive" started in 2014. Some texts were published in 2015-2016. The presentation of the visualization of the imaginary map and the added materials took place on May, 31, 2017.

In addition to literary scholars, the creation of the imaginary map also engaged translators, technical experts, and designers. Thus, the project is an experience of cooperation of a team of experts from different areas as an important element of Digital Humanities projects.

The Lviv Interactive project is a digital platform to study the history of Lviv through places and spaces where research texts and multimedia materials are presented on an interactive map.