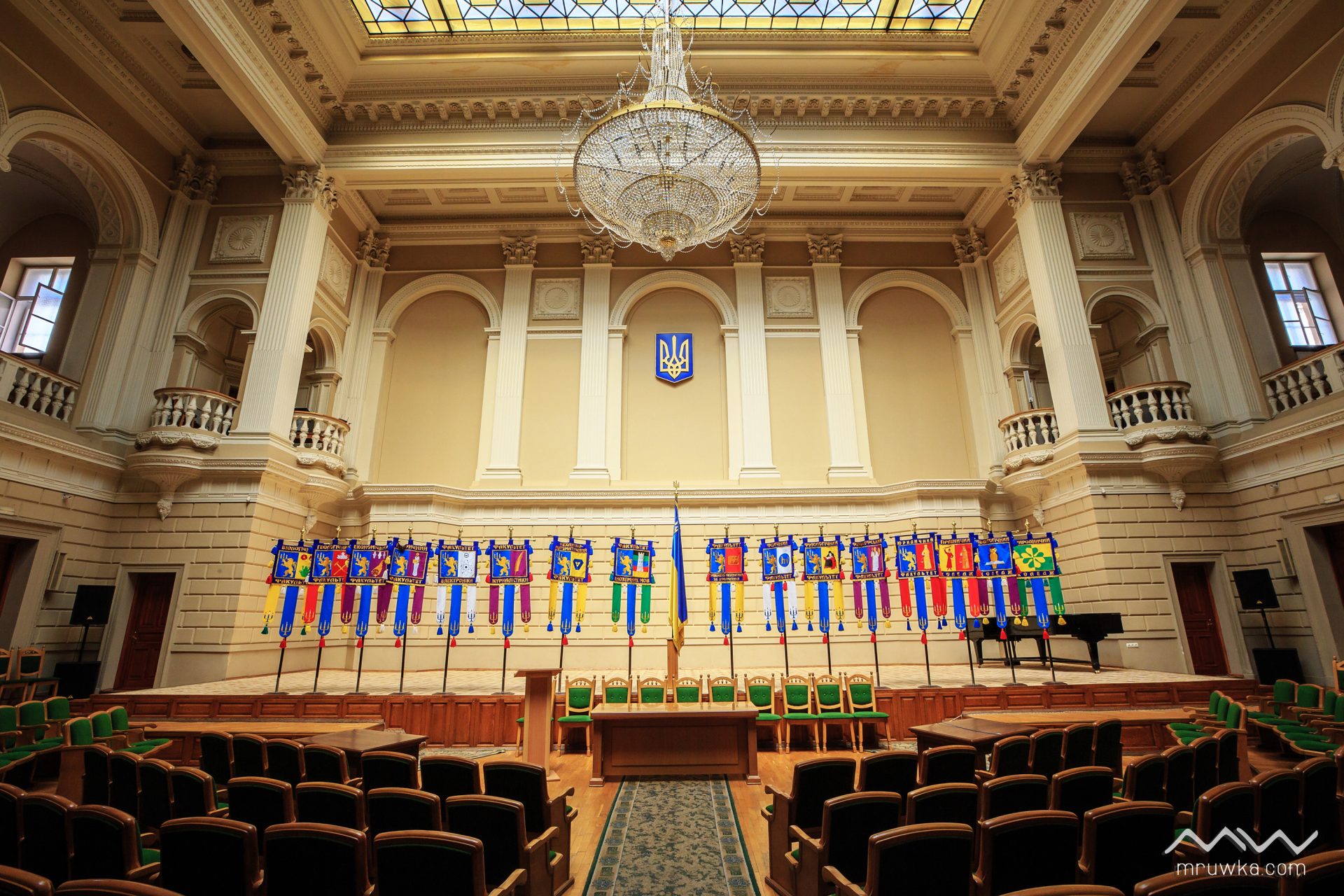 The International Congress of the American Council of Learned Societies (ACLS) and International Association of Humanitarians, organized in cooperation with the Ukrainian Catholic University, the Ivan Franko National University of Lviv and the Center for Urban History of East Central Europe, took place in Lviv. Experts and grant recipients of the ACLS program in the sphere of humanitarian sciences in Belarus, Russia and Ukraine gathered in Lviv. During session meetings and round table discussions, congress participants discussed problems of modern humanitarian science and meditate on the correlation between the "self" and the "other" in history, culture and literature. A separate section was devoted to urban studies and urban identity. In the framework of urban topics, a presentation of the following projects of the Center for Urban History took place at the Center on October 3 at 2:30 pm: "Lviv Interactive," "Urban Images," "Urban Maps" and "Urban Video Digital."

The program of the American Council of Learned Societies in the sphere of humanitarian sciences in Belarus, Russia and Ukraine aims to encourage the development of humanitarian research in the post-Soviet space. The program was launched in the 1998-1999 academic year with the financial support of the Carnegie Corporation of New York. The main task of the program is to provide individual grants to scholars from Belarus, Russia and Ukraine. Besides direct support of scholars, the ACLS also organizes annual regional meetings for councilors and former grant recipients. These meetings are conducted according to the example set forth by congresses of scholarly unions in the United States of America. The work of the meetings consists of conducting seminars where councilors discuss the prospects of the development of regional cooperation in the sphere of humanitarian sciences, as well as section meetings where scholars have an opportunity to critically, yet in a friendly atmosphere, analyze the work of those who previously received grants. Such meetings are conducted every year in different cities of the region, in order that as many as possible "graduates" of the program and local researchers can participate. Please see more detailed information about the ACLS and its programs on its web-site, www.acls.org

A program of the congress you can download here (Ukrainian version).