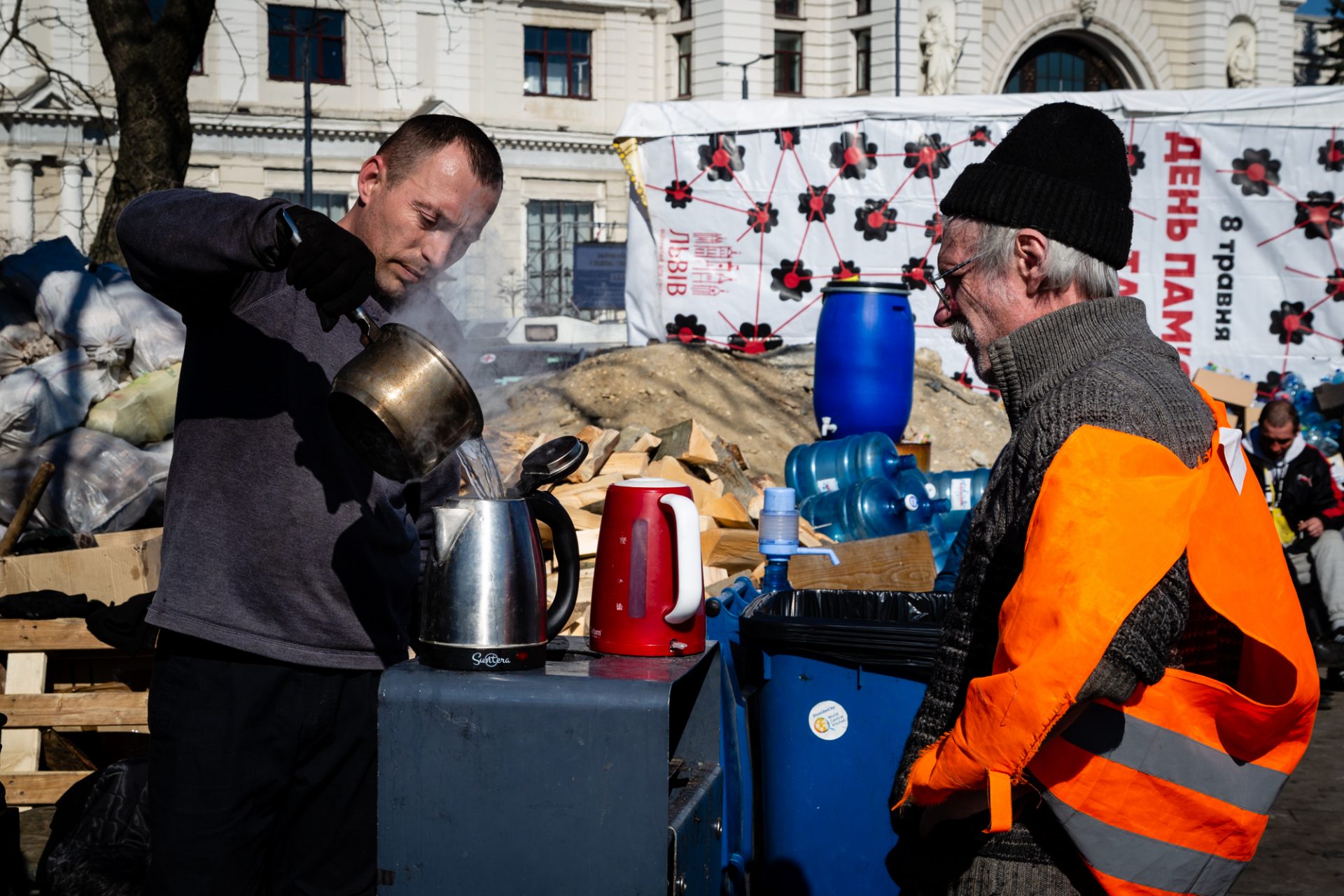 Russia’s full-scale invasion of Ukraine began on the morning of February 24th. Everyone in the country experienced this and the afterward moments in their own way. All of us have learned what is the shock of invasion, mobilization to resist, and what are steps to be followed during a bombing. We all had to take care of the close ones, help strangers, evacuate, and volunteer with transfers, food, and medicine. All these experiences appear in various forms: taking pictures, noting reflections, discussing our feelings and emotions with others, following the news, warfare updates, and air raid alerts. The situation is so dynamic and those experiences are so ephemeral and imposed to the risk of loss, that as a academic historical institution we find it important to capture the moment. We have involved our capacity and expertise to document such experience as historical and/or legal evidence, but also as a way to withstand the invasion.

With a team of partners from various countries, we start conducting interviews with individuals displaced by the Russian Invasion of Ukraine and those who are working to support them in Ukraine and in other, especially neighboring, countries. We also record the narratives of volunteers and those who defend Ukraine in various fields. Together we will create a collection which will help us to tell the story of our turbulent times. The entire collection will be available at the Urban Media Archive of the Center for Urban History in Lviv and backed up at the Center of Contemporary and Digital History, University of Luxembourg. National project leaders locally archive the interviews conducted in their countries as well.

We consider this opportunity to talk with people both as a way of documenting the moment but also as a collaborative partnership with the people to cope with such lived experiences. The storytelling approach works here as an empowerment of the narrators. Sometime later, we intend to have talks with those people once again in order to hear their further experiences and later reflections on the current events. At the same time, people can withdraw their consent to store recordings of their conversations in the archive at any time. As part of this initiative, we reflect on our personal experiences both as interviewers and witnesses. Constant psychological support is part of this project.

As part of the documenting effort undertaken by the Center for Urban History, when we take a record of testimonies from the Russian-Ukrainian war, the Urban Media Archive launched a project for preservation of visual documentation. Since the first day of the war, official government communication channels and social media have posted photos and videos informing about the developments and revealing the experiences of war. These are the materials that will be required as evidence against the crimes committed by the Russian Federation. In addition, the photos and videos need to be preserved, along with the data for researchers as they show various perspectives on the war; they reveal the changes of everyday life; they help us see urban spaces that have never been used before; they present the emergence of new practices.

We cooperate with photographers, photo reporters, and private individuals who are ready to share their materials. The project makes visible the ethical and legal aspects related to collecting and making public sensitive materials. That is why open consultations are taking place, as part of the project, with our colleagues from Europeana, Euscreen, and Centrum Cyfrowe.

DIARIES OF THE WAR

We have also started diaries of the war - a group of Ukrainian students documents and analyzes their experiences during the invasion from historical, psycho-social, cultural, and critical perspectives. The core material consists of multimedia records of war experiences, currently produced and collected at the Center for Urban History and Ukrainian Catholic University (Lviv), by ca.60 student participants under academic and psychological mentorship. This material consists of a diverse narrative and non-narrative productions such as digitally and non-digitally recorded war journals, photographs, drawings, short videos, and voice and musical recordings. The recording of these multi-genre and multimedia war diaries is accompanied by regular online meetings with a specific thematic focus (e.g. ‘seeking shelter'). As such, securing the preservation of these experiences against processes of forgetting has gone hand in hand with their recognition as sources of knowledge in and beyond the social critique of war.

ARCHIVING THE TELEGRAM OF WAR

Telegram has become one of the most widespread social media platforms in the country since the beginning of the war. It is currently the most saturated communicative space. It covers all areas in both humanitarian and military dimensions. It is different from other social media or news media, and obviously from official communication platforms. There are chats and channels to coordinate the shelter in our institution; drivers and volunteers chat with each other about evacuation and temporary accommodation and announcements on missing people. The media coverage and official statements are widely shared on those channels as well. Therefore, the actual warfare is happening in Telegram simultaneously. Military positions of the enemy, disinformation, propaganda, data leaks, and DDoS attacks on the critical infrastructure websites - all this is shared and visible there. Сapturing part of this flow allows us to document the media landscape of the contemporary war.