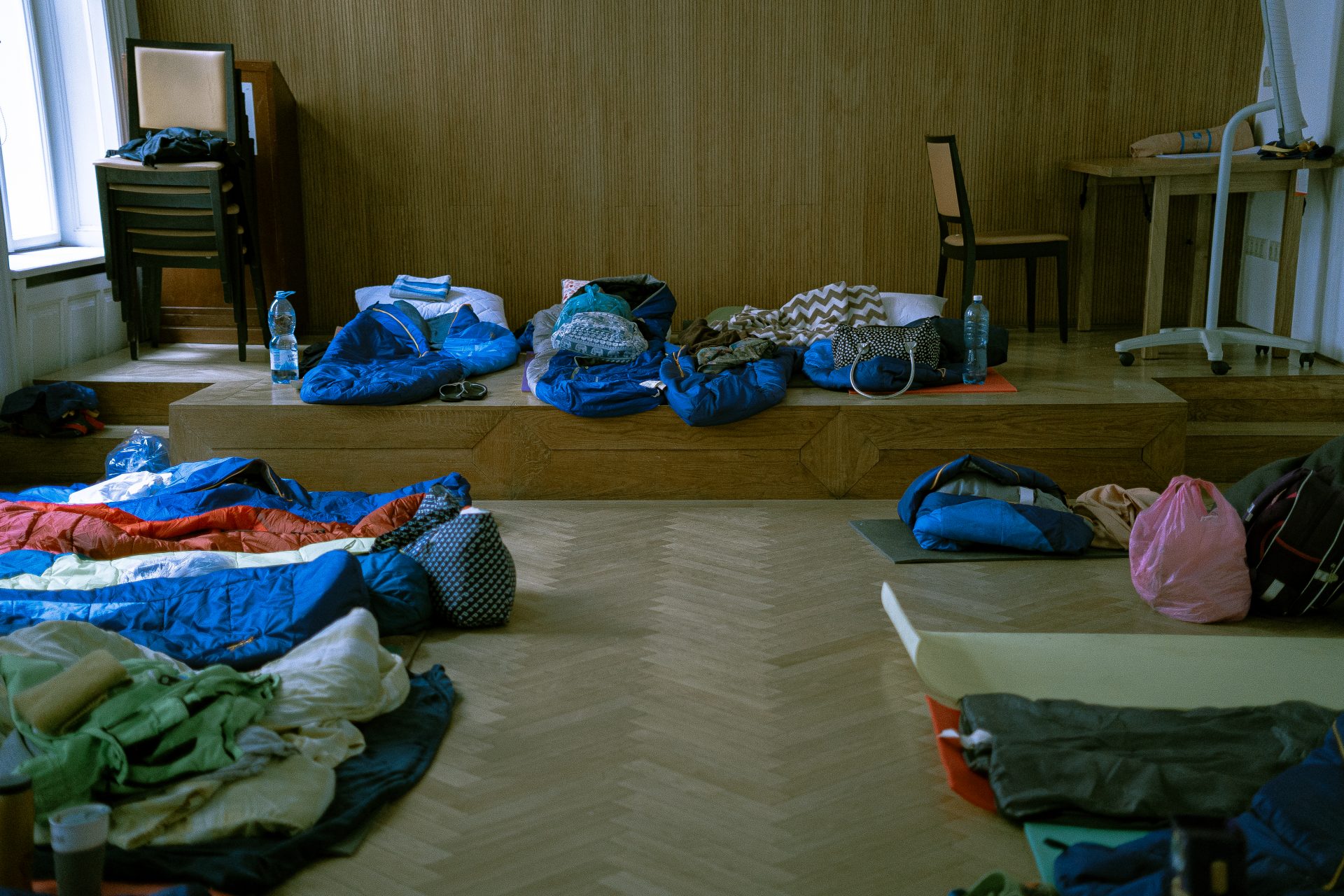 24.02.22, 5 am was a watershed for Ukrainian people. On this day the President of Russia Vladimir Putin declared the beginning of “military operation” and started a full-scale war with artillery shelling of cities, the invasion of armored vehicles and the military. On 22.03.22, the UN estimated that more than 3.6 million people left the country. Millions have been forced to flee their homes and their lives have been threatened. Residents of different parts of the country have mobilized – each in their own area of activity – to counter the invasion and help those in need. Research institutions in Ukraine, Poland, Luxembourg and the United Kingdom united their efforts in carrying out a documentation project with the title ‘24.02.22, 5 am: Testimonies from the War’. The project will comprise interviews conducted by researchers at partner institutions.

As historians and social scientists, we are contributing to capturing this moment in order to document and record the human dimension of this war. With a team of partners from various countries we start conducting interviews with individuals displaced by the Russian Invasion of Ukraine and those who are working to support them in Ukraine and in other, especially neighboring, countries. We also record the narratives of volunteers, and those who defend Ukraine in various fields. Together we will create a collection which will help us to tell the story of our turbulent times. The entire collection will be available at the Urban Media Archive of the Center for Urban History in Lviv, and backed up at the Center of Contemporary and Digital History, University of Luxembourg. National project leaders locally archive the interviews conducted in their countries as well.

The situation in Ukraine is changing quickly and it is important to capture a snapshot of human experiences now so that it can be archived and preserved from posterity. As oral historians and scholars of cultural memory have shown, personal testimony changes significantly over time, crystallising in institutional forms and formalising in practiced verbal performance. Right now, there is an opportunity to preserve a historical record mass human displacement, resistance, and volunteering provoked by the Russian invasion of Ukraine while it is a state of lived experience. It is essential that these testimonies are archived for use for research and science communication, as well as educational and exhibition purposes. There is right now a unique opportunity for the International Consortium to carry out this work.

The international consortium consists of the following partners and national project leaders:

The Principal Investigator within the International Consortium is Dr. Natalia Otrishchenko.

The General Data Controller within the meaning of the GDPR within the EU is Prof. dr. Machteld Venken.

As part of our initiative, we run weekly methodological training seminars for interviewers with researchers working on trauma, violence and war in a global context. Regional teams participate in weekly supervision meetings, and project participants also receive psychological support.

Cover photo: Shelter for refugees at the Center for Urban History, March 5, 2022 / photo by Olya Klymuk