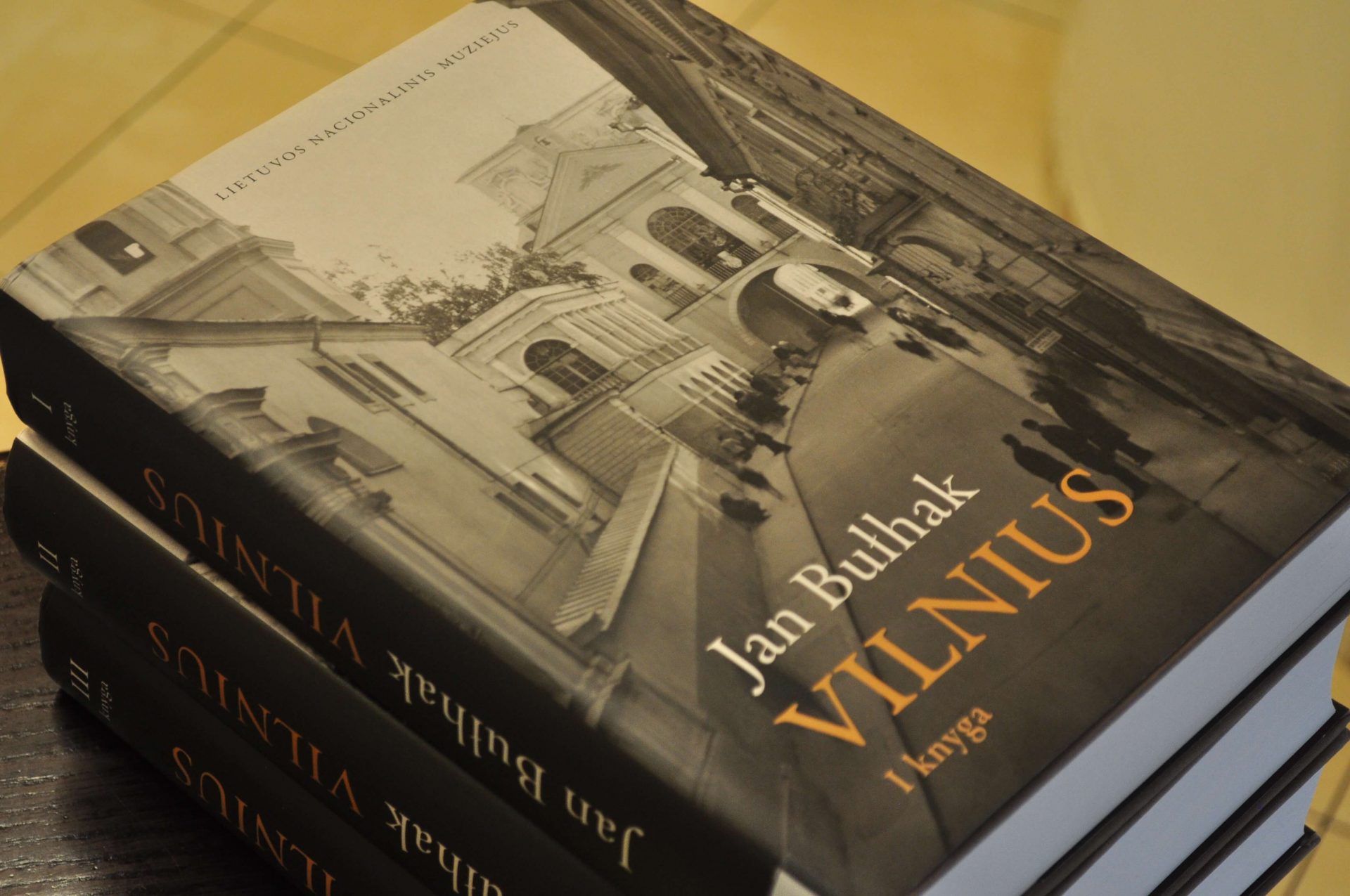 Three large and thick volumes show the city the way it was seen and documented by a photographer during several decades. The Center’s library now has a significant publication on Vilnius in the first half of the 20th century in the works by Jan Bulhak (Jan Bułhak).

The publication was initiated by a Lithuanian National Museum. It has over 1,500 photographs. This is despite the fact that Bulhak’s archive was damaged during the war in 1944, when his workshop burnt down along with his works. The first two volumes include the cityscapes and documentation of the architecture of Vilnius in the photographer’s distinctive style. Even though he took most of the pictures during the inventory stock count of buildings for the city archives, every shot resembles a painting with an accomplished geometric arrangement. The third volume discovers a less known feature of the photographer. It is dedicated to people, notable events in the city, and the scenery that are no less impressive in terms of the author’s skills of a pictorialist.

It took some time for a master of photography Jan Bulhak to discover Vilnius, the same as other cities. He only managed to succeed in his late forties. He obviously had been to other cities before. He received brilliant education in Vilnius and Krakow and even was awarded for his works at photo exhibitions. In addition, he corresponded with a French maître Constant Puyo who had an influence on his pictorial style. However, for Bulhak, the city remained invisible. In 1910, for him, there was an instrumental meeting with an artist Ferdynand Ruszczic. The latter managed to apprehend his talent and open his eyes onto the architecture of Vilnius. He helped him join the city archives as a photographer to engage into the inventory stock-taking, and later helped him open his own photo studio.

When browsing through the volumes, a viewer will have no chance to feel the city differently than Bulhak did. He romanticizes the perspectives of the small twisted streets and does not miss on any arch to grasp a shot through it. The photographer would continue imposing the same vision on other cities, Lviv among them when commissioned to produce a series of postcards and albums.

You can check the three-volume publication of Jan Bulhak’s photographs in our library. It can be interesting for anyone studying the history of photography, architecture, and cities, and also for anyone willing to learn about the author and his Vilnius.