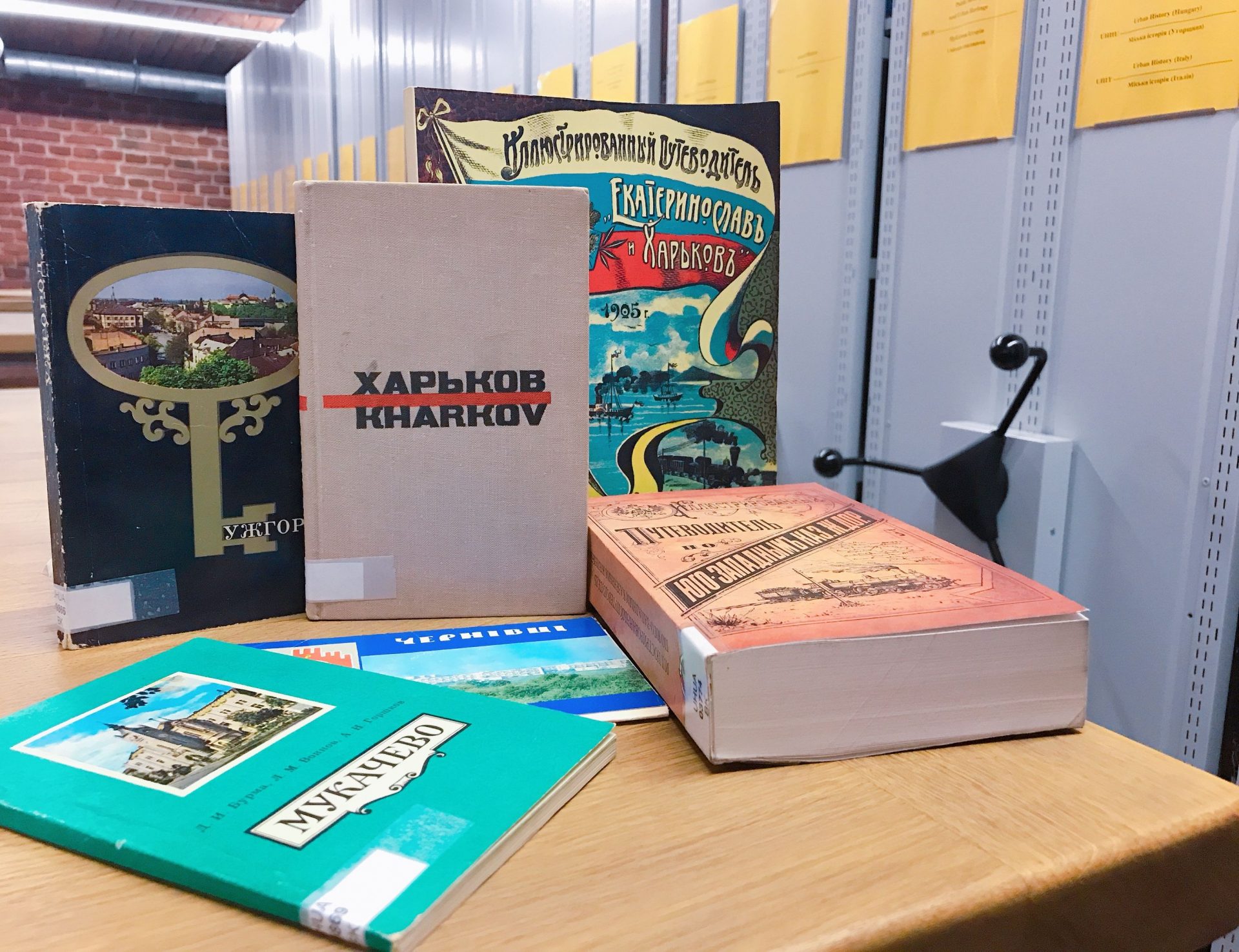 Guide-Books as a Source

City guide books are some of the most interesting sources for researchers of urban history. They are by far the oldest kind of narration, since they synthesize data on most varied areas of life in the city. At the same time, it is a modern phenomenon, too. They are companions of tourist boom, a peculiar multimedia hybrid that combines into one unit a text, photos (both documentary and pictorial), graphic design, addresses, and reference data.

One can analyze here not only the selection of objects that certain epochs considered representative for the city, but also ow they combine into itineraries, and the peculiar clichés that were used to describe localities. In addition to historical data, the guide books can also inform us about the development of infrastructure and , especially the consumer services that are usually lost in large historical narratives in other sources.

If we trace the descriptions of the same city in the guide books from different epochs, we can see the changes or sustainability of the canon of places and buildings. Sometimes, different guide books contradict each other, reflecting the views on the history of the city: let us try to compare a guidebook on Lviv by the Moscow based author Hryhoriy Semenov translated into Polish for Poles, and the guide book on Lviv published at the same time in a socialist Poland "Swiatoslaw Spalle, ZSRR. Informator turystyczny" (Warsaw, 1982). They seem to be rather restrained ideologically, the photos contained are the showpieces. However, the production of the guide books itself was already a sign for the growing interregional competition, fight for resources in the late Soviet decades, while generation of historical myths for certain places supported it. It was in the late Soviet times that a very peculiar heritage turn took place: unlike the exclusive focus on the future and modernization symbolizing industry or pathetic infrastructure projects, Soviet guidebooks refer to the past, such as to heritage, including church heritage that was becoming an increasingly legitimate part of Soviet ideology as a part of "antiquity" (a  new book by Viktoria Smolkin is specifically about it). Moreover, it was also typical to see more guide books in foreign languages: visitors from other countries were the source of so much needed hard currency. In order to attract them, one could give way to the ideological purity, and make a larger focus on ancient monuments, folk lore, as well as consumption and entertainment. The latter was largely represented by the theme "ethnic Ukrainian" restaurants the architects started to design in the 1970-80s.

Center for Urban History acknowledges the contributions of guide books to our collections, such as coming from the second half of the 20th century. Recently, we received a number of books from the family library of Danylo Ilnytskyi, which is truly appreciated. Welcome to our library to take a look on the guide books or Soviet Kharkiv, Chernihiv, Chernivtsi, Mukachevo, Chernihiv, Tartu, Leningrad, Odesa, and other cities.

The unchangeable feature of our collections is that we have guide books that present cities through the multicultural lens. These are the guide books on Jewish Kharkiv, Kyiv, and Lviv ("Jewish Lviv. Hundred Addresses. Tourist Reference Map" and "Shadows of the Jewish City. Guide Book on Lviv") and Polish Lviv, Polish Kyiv, diverse Yevpatoria, German Dnipro and city blocks of Slavutych built by several "brotherly republics" at the same time.

Make sure you grab the opportunity to leaf through  some of the oldest guide books on Lviv in our collection "Lwow. Jego rozwoj i stan kulturalny oraz Przewodnik po miescie" and "Kronika Lwowa. Jego zabytki i osobliwości z przewodnikiem oraz najnowszy plan Lwowa". One can also focus on the phenomenon of nostalgic guide books – reprints that recreate city descriptions from the past without any changes. Most often, they come from the mythologized 19th century, the age of "beautiful" empires: "Описание г. Харькова (репринтное издание)" and the Illustrated Guide Book "Ектеринославь и Харьковь" 1905 г. Репринтное издание" та "Иллюстрированый путеводитель по Юго-Западнымь Казенным Железным Дорогам. Репринтное произведение 1899 года". Other guide books only show certain layer of the past palimpsest. They recreate a spirit of certain epoch, such as "unearth" Konigsberg from under the layers of Kaliningrad, or Warsaw from under socialism times - "Spacerownik. Warszawa śladami PRL-u" and "Przewodnik po warszawskich blokowiskach" -  from under the modern skyscrapers.

To finish with, let us think of a  guide book as a tool for both creating and destroying the canons.Designing itineraries from the sites that used to be silenced before, neglected, forgotten, or close only to certain subcultures is a challenge, indeed. Please, note, the alternative art guide book along Donets, a guide book along the "alternative" Kyiv, "radical" New York, informal Petersburg, "subjective" Wroclaw, or Kyiv for children or Polish cities specially for emancipated women.