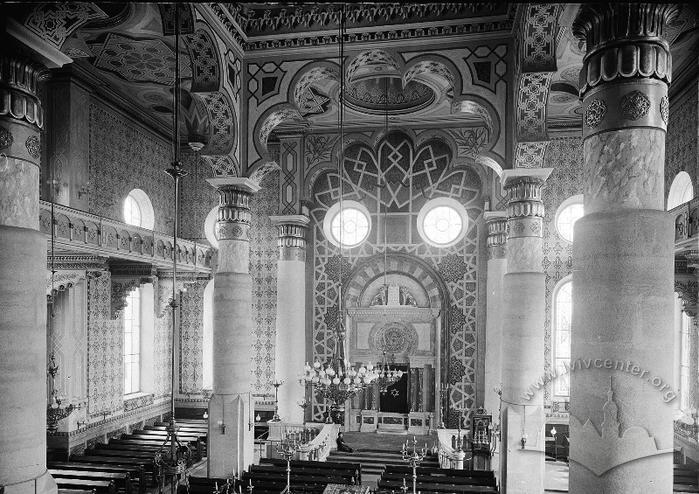 Connecting (to) Histories: Engaging with the Urban Pasts and Displaying Jewish Heritage

The 2017 summer school is the last in the set of educational programs that has been held at the Center for Urban History since 2015. The main aim of the summer schools is to provide young researchers and practitioners with a high-quality possibility of learning about the up-to-date state of research on the Jewish history of Central and Eastern Europe as well as developing research and practical skills, critical thinking in analyzing various narratives of the past and their present use. More broadly, the schools are pursuing the goal of creating a space for disseminating participatory historical culture and challenging top-down modes in engaging with history in academia and publicly.

This year, the school brought together researchers and lecturers from leading centers of Jewish and East European Studies along with 16 participants (masters, postgraduate students, young researchers and heritage practitioners) from Ukraine, Poland, Russia and Belarus.

The school’s program was based on interdisciplinary approaches, taking into account important discussions, the latest methodologies and tools for researching and presenting the history of societies with a multicultural past. A special emphasis was placed on issues of Jewish history and heritage in contemporary Ukraine and in Eastern Europe.

The summer school curriculum combined various formats: lectures and seminars, language classes and practice-oriented work. As in previous years, there were two basic courses in the program: a core lecture course on the Jewish history of Eastern Europe in the 19th-20th centuries and an introductory course of Yiddish. Short seminar courses in cultural and social history covered a wide range of issues concerning the representation of Jewish culture in the contemporary contexts of Eastern Europe.

Jewish Historical Institute, Warsaw/Wroclaw University
Jews on Display. Exhibiting Jewish History and Culture in the East Central European Context at the Beginning of the 21st Century

An important part of the school's program was the public history workshop, which was designed to provide participants with practical skills and tools for dealing with historical topics outside the academy, in the public space of the city and with different audiences. The objects of practical work for the participants were museums. This public history format reflects recent and significant developments in museum infrastructure and conceptualization in Central and Eastern Europe.  The workshop focused on critical approaches to heritage and the multifaceted presentation of the multicultural heritage of Ukraine and other post-Soviet countries, addressing the issues of shared history and historical dialogue in contemporary societies.

The Power of Museums: Preserving Heritage, Interpreting Past, Shaping Identity

Sites of the Past in Lviv": Collecting, Displaying, Rethinking the Past

The participants of the school worked on the concepts and formats of two museums in Lviv – the Historical Museum and the Museum of Religious History. The result of the workshop was the review and analysis of the existing exposition at the Historical Museum’s department of the history of the West Ukrainian lands and the development of the concept of exposition for the branch of the Museum of Religious History at Staroyevreiska Street, where it is planned to launch a museum of the Jewish quarter of Lviv. The tutors of the workshop were Dr. Vadim Altskan and Ludmila Gordon. For more on the practical part of the school, see the workshop's web-page.

The program also included a trip to Drohobych which used to be a multi-ethnic town with rich Jewish heritage. The participants visited local museums and took advantage of the opportunity to see and discuss how the modern city works with its past and presents its history, what its dominant narrative is, and what challenges the city faces.

The public program "Jewish Days in the City Hall" took place as part of the Summer School. Public lectures and discussions were topically connected to the school’s program. They raised the issue of contemporary historical museums, their prospects, challenges and responsibilities in representing history and shaping public attitudes to the past. For more about the program, see the program’s web-page.

The Summer School on Jewish History and Multicultural Heritage is a serial educational project launched by the Center for Urban History in 2010. The project strives to introduce an inclusive approach to the learning, researching, and teaching of Eastern and Central Europe in the 19th-20th centuries, as well as strengthen the awareness of the importance of Jewish history and heritage as part of multicultural past. The summer school also builds up a milieu and network of young academics, practitioners, and faculty in Eastern Europe and beyond engaged in the research, preservation, and promotion of Jewish heritage as part of multi-ethnic past in the region.