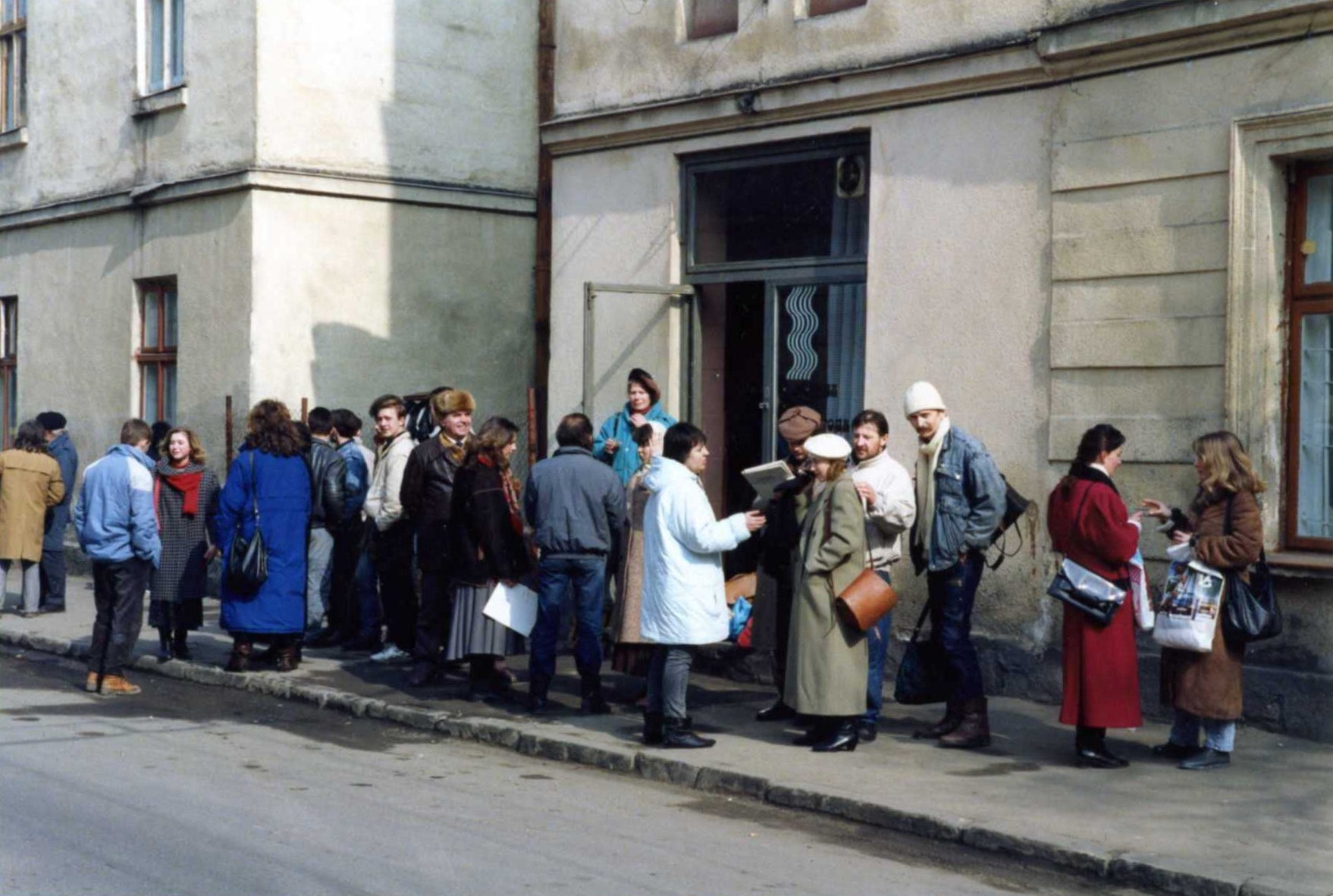 Not Only "Virmenka": Places for Creative Communities of Lviv

Memories of people are often attached to certain locations. Some of the places have long gone and live only in memories, others survived dramatic transformations, while still others remain untouched throughout long periods and keep absorbing more new stories. Welcome to the city walk along the imaginary cultural landscape of Lviv based on the materials of interviews with persons who used to create their works in the city during the perestroika and in the early 1990s. We will take you to some well-known and secret cult places, and tell you about how artists and painters used to spend their leisure, along with all other who shared the space and time with them.

The walk is mostly a journey through human memories. Seven years ago, Bohdan Shumylovych initiated the recording of interviews with persons whose activities were directly related to creation, and we tried to identify a relation between their lives and social space of Lviv. The project by the Center for Urban History "Creative Communities of Soviet and Post-Soviet Lviv"  tried to trace and show the informal space of the city that developed as an alternative to (and often within) the Lviv formal cultural space and its representation.

This April, we had a workshop "(Re)Making a Story: Creative Communities in Urban Space." The participants worked on a collection of recorded interviews. Due to ideas generated during the workshop and afterwards, we developed this walk.

The excursion will be taking place during the Days of European Heritage, and is part of the program of Public History and the [un]archiving project of the Urban Media Archive of the Center for Urban History.

Authors of the walk: coordinator of workshop "(Re)Making a Story" Natalia Otrishchenko (researcher at the Center for Urban History), and the workshop participant Olena Herechko (student at "Lviv Polytechnics" NU), Viktoriia Panas (assistant at public history programs of the Center for Urban History), Maria Pishchyk (student at Ukrainian Catholic University).