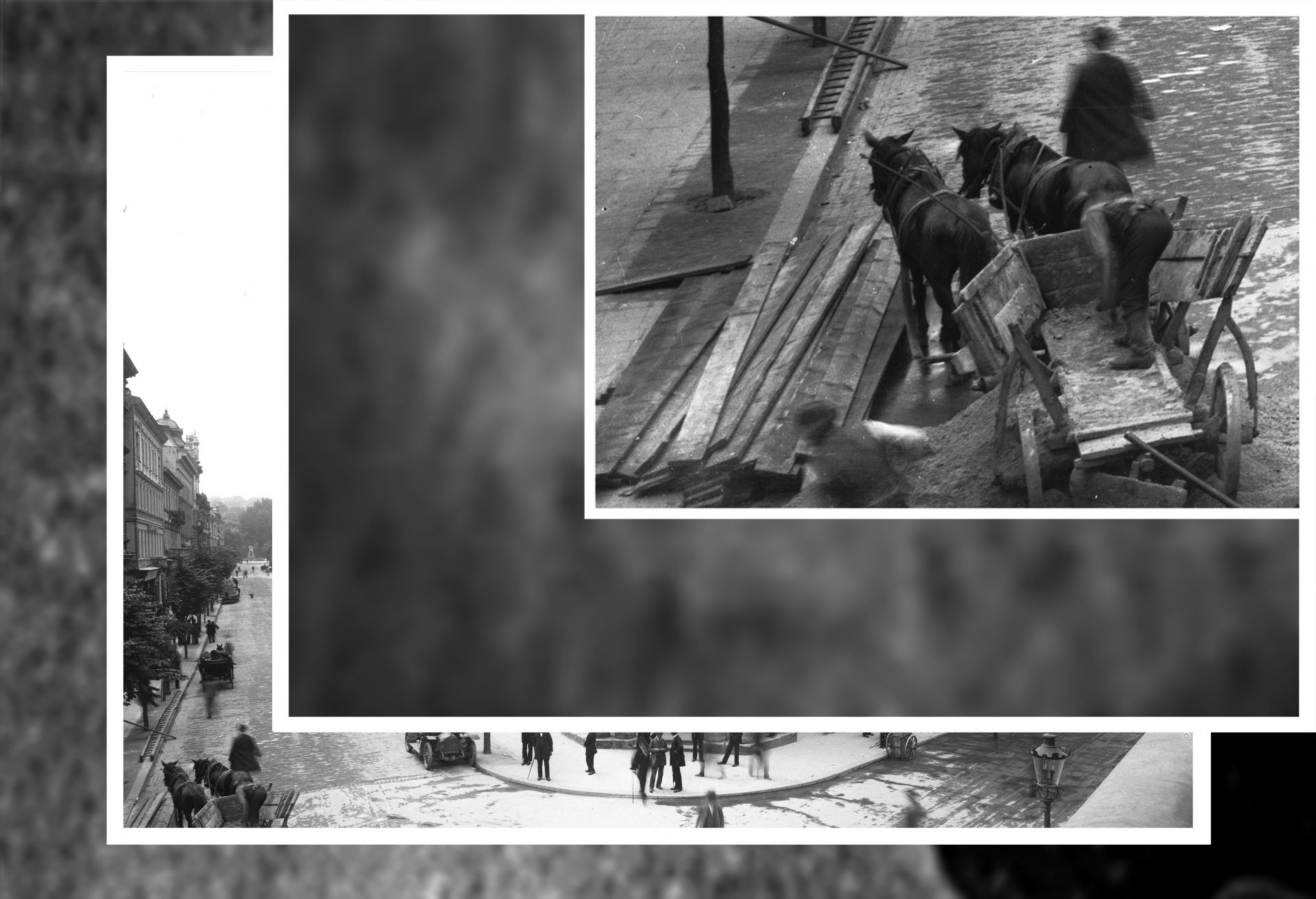 Cafe-Livingroom and in the inner courtyard, Center for Urban History

The exhibition of one picture from the second decade of the 20th century from the private collection of Alexander Korobov, which depicts daily life at the crossroads of current Hnatyuka and Sichovykh Striltsiv Streets in Lviv. The glass print was scanned at high resolution and printed as separate images at various magnifications. When looking at a single photograph up close, we are able to look at the most miniscule details, and in the process, lose the general context of the picture. By framing the images in such a way we create a new, completely independent image of a separate subject. Conversely, by zooming out, and considering the details or even abstract images, we can look for something larger and more general. How to find the best distance from which to view the complete picture and not lose detail?

"A new sense of the notion of information has been constructed around the photographic image. The photograph is a thin slice of space as well as time. In a world ruled by photographic images, all borders ("framing") seem arbitrary. Anything can be separated, can be made discontinuous, from anything else: all that is necessary is to frame the subject differently. (Conversely, anything can be made adjacent to anything else.) […]Photographs, which cannot themselves explain anything, are inexhaustible invitations to deduction, speculation, and fantasy." Susan Sontag "On photography"

The scanned image was provided by Alexander Korobov, "Museum of Photography."