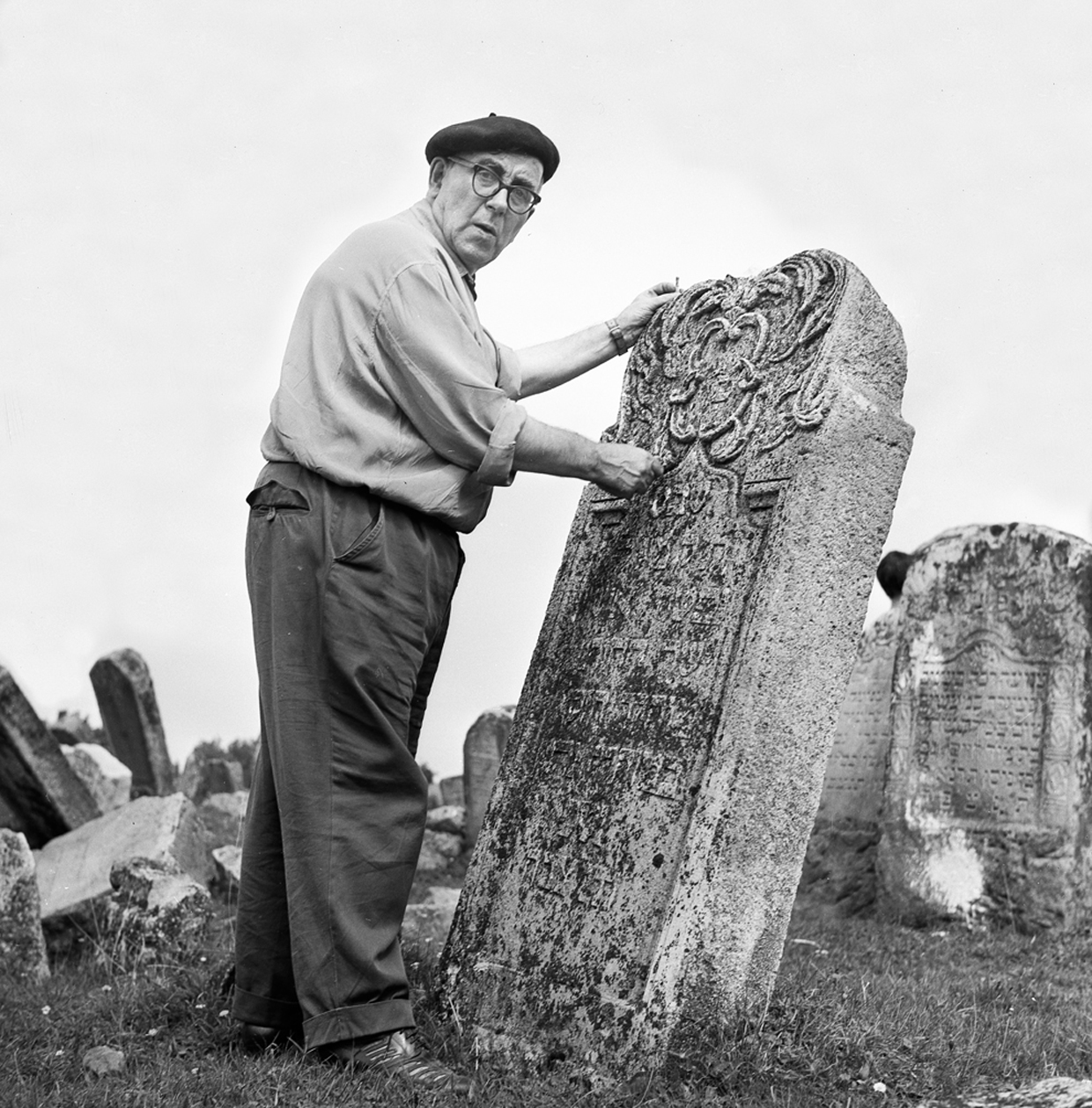 The exhibition is based on a collection of photographs of the Jewish cemetery in Kalush taken by Oleh Vvedensky as part of an impromptu expedition in the summer of 1965. The story of the trip, which the photographer described, is an example of how in one day and in one place the fate of very different of people, nations, and regions can intertwine.

The name of the exhibition comes from the inscription on a matzeva – a Jewish tombstone, starting with the letters פ [pei] and נ [nun], which mean "here lies" (Hebrew – נטמן פה).

Remnants of Jewish cemeteries in Galicia peer out of the asphalt, from residential areas, and from thickets as unhealed wounds, reminders of the difficult past of this region. They silently oppose the dominant narratives of the past and selective memory policy, exposing its own very existence.

This exhibition will be the beginning of a larger project to research the history of the 1965 trip to Kalush, which the Center for Urban History will implement in collaboration with the Museum of the History of Religion.