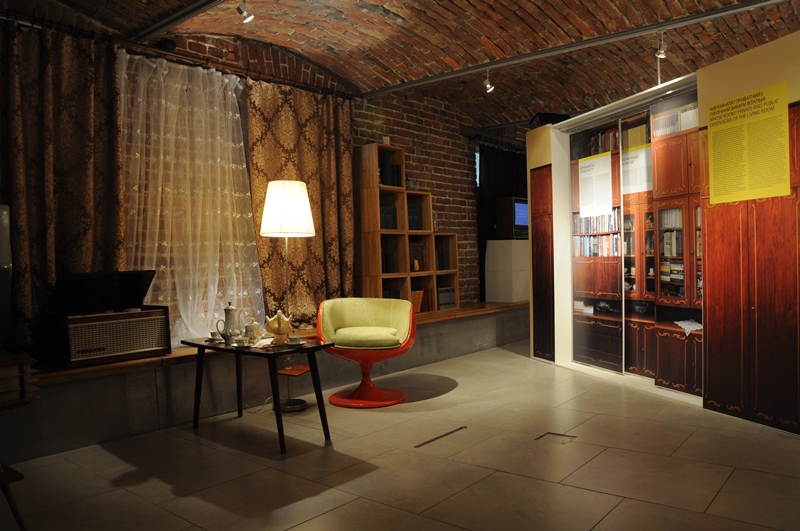 Home: A Century of Change

A new specialized exhibition examined the history of the dwelling, particularly its cultural and social aspects, as well as its political and ideological contexts, throughout the twentieth century.

The exhibition looks at home as a multi-faceted place, which containing complex political, ideological, national, cultural, and gender histories within the context of East Central Europe. While both global and regional contexts were incorporated, our exhibition focused on the case of Lviv, which offers an excellent opportunity to study the re-making and transformation of "home" in the 20th century.Why would the culture of the dwelling be an important theme for an exhibition? Usually, we consider a person’s home to be his/her personal space, which belongs only to him/her and is of concern only to him/her. Yet we can also look at the home as, first and foremost, a private model of society, which can tell us a great deal about the outside world and, in particular, the ceaseless interaction of the private and the public, the personal and the social, the self and the other. With this exhibition we wanted to ask a very general question: "What is Home?" Home is a place in which we live and a space in which we play out our personal, intimate, and emotional life, our memory, and our identity. We suggested answers to this question by looking at the specific case of the city of Lviv in the context of East Central Europe.

The format of the exhibition was conceived to combine a story-telling narrative with different multimedia applications. The exhibition space was subdivided into two main areas, each with specific content and visual focuses. In these areas, relevant texts and images helped the visitor understand the most meaningful socio-cultural, political, ideological, economic, and technological factors that affected and changed our way of living in the twentieth century.

In Area 1 the main task was to show the general development of historical perceptions and practices of the home in the twentieth century. We showed how ideologies, modernization projects, the state, war, technology, and social inequality affected people’s way of living and how the idea of "home" was embodied in the social and political projects of the twentieth century.

Area 2 was divided into four conventional/functional zones associated with "home": living room, kitchen, bathroom, bedroom. In these four zones we introduced a primary (but not exclusive) issue, and explored each through the 20th century using documented cases from Lviv.