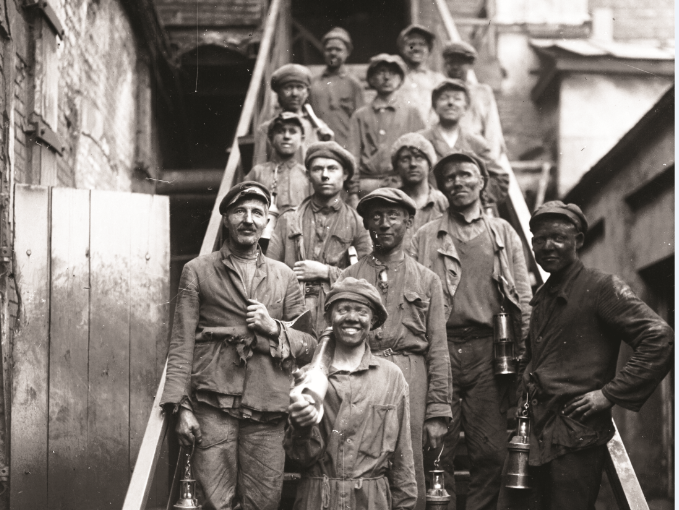 Labor, Exhaustion and Success: Company Towns in the Donbas

We are happy to invite to the exhibition "Labor, Exhaustion and Success: Company Towns in the Donbas," organized by the Center for Urban History, Canadian Institute of Ukrainian Studies, George Washington University.

The bare steppe of the Donbas set the scene for one of the most ambitious industrial projects in Europe, one that brought together imperial officials, businessmen, investors, experts and future workers in the late nineteenth century. News about the rich iron and coal deposits attracted people from various parts of the Russian Empire and Europe.

Most cities located in the Donbas, such as Donetsk, Luhansk, Kramatorsk, Alchevsk, Horlivka, and Yenakiieve began as company towns. Over the Soviet period they developed into large and medium-sized cities constituting a dense urban network. In spite of all the changes in the twentieth century, some things remained constant: the companies maintained their influence and control, and industrial production, labor, state policies and all aspects of daily life remained closely interlinked. Our exhibition looks at these connections over the course of one hundred-plus years, and asks how companies have influenced and shaped the social and economic conditions, the natural and urban environment, culture and everyday life in the Donbas region.

This project was implemented in the context of the current Russian aggression and war in Ukraine. Policymakers, entrepreneurs, researchers, and people in the Donbas and beyond are facing the challenge of identifying the political, economic, human and cultural resources that are needed to overcome conflicts, and to deal with problems, both old and new. With this exhibition we aim to contribute to a more complex and critical public understanding of one of the oldest industrial regions in contemporary Ukraine and Europe.

Financial support for the project provided by Ihor Liski