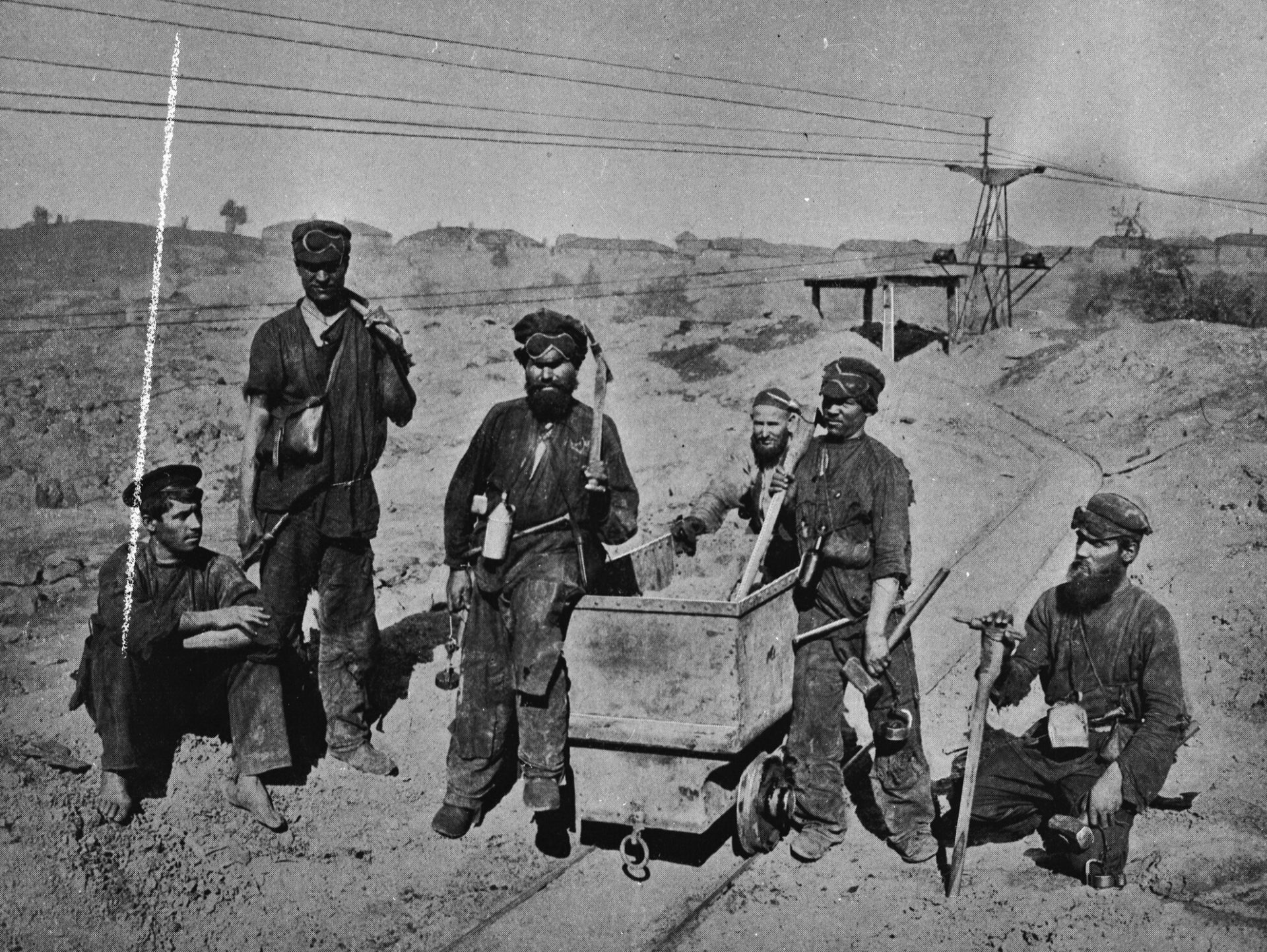 Labor, Exhaustion, and Success: Company Towns in the Donbas

The bare steppe of the Donbass was an area where one of the most ambitious industrial projects in Europe was implemented. In the late 19 century, it managed to unite imperial government officials, entrepreneurs, investors, engineers, and future workers. The news about the rich deposits of coal and iron attracted people from all over the Russian Empire and Europe.

Most cities in the Donbass, such as Donetsk, Luhansk, Kramatorsk, Alchevsk, Lysychansk, Horlivka, Yenakiyeve, were born as corporate towns. In the Soviet period, they transformed into large and medium size cities and formed the largest agglomeration in Ukraine. Despite the many transformations in the 20 century, a lot has remained unchanged in the cities – corporations maintained their influence and control, while industrial production, labour, state policy, and all aspects of everyday life were closely interrelated.

The main idea of the exhibition was to take a look at the history of the Donbass through the corporate cities, the settlements developed around a mine or a plant. In the cities, all relations between people, production and consumption, as well as the entire lifestyle were connected to the company or enterprise itself, as it offered jobs, developed the city, and shaped a true "new person," the creator of an industry.

17 exhibition stands cover such aspects as changes in the natural landscape and cityscape, labour and production, relations between people, attempts of the state and the enterprises to develop "an ideal society" and a heroic worker, as well as the after work leisure. The personalities of the exhibition also include some iconic persons for the Donbass, such as John Hughes, Oleksiy Stakhanov, and Volodymyr Sosiura.

The exhibition covers the materials of the 19-20 century and makes us think about the role of the Donbass in the development of industrial Ukraine, as well as about the price of the success. Indeed, contemporary social, political, and environmental problems of the region are rooted in the times of its settling and Stalin period industrialization.

The exhibition was created in 2015, within the "DonKult" cultural forum.

The exhibition was also displayed in the Budapest European University on May 22 - June 15, 2015, to support the round table "Industrial Heritage: Historical Context, Social Challenges, and Opportunities for Management."