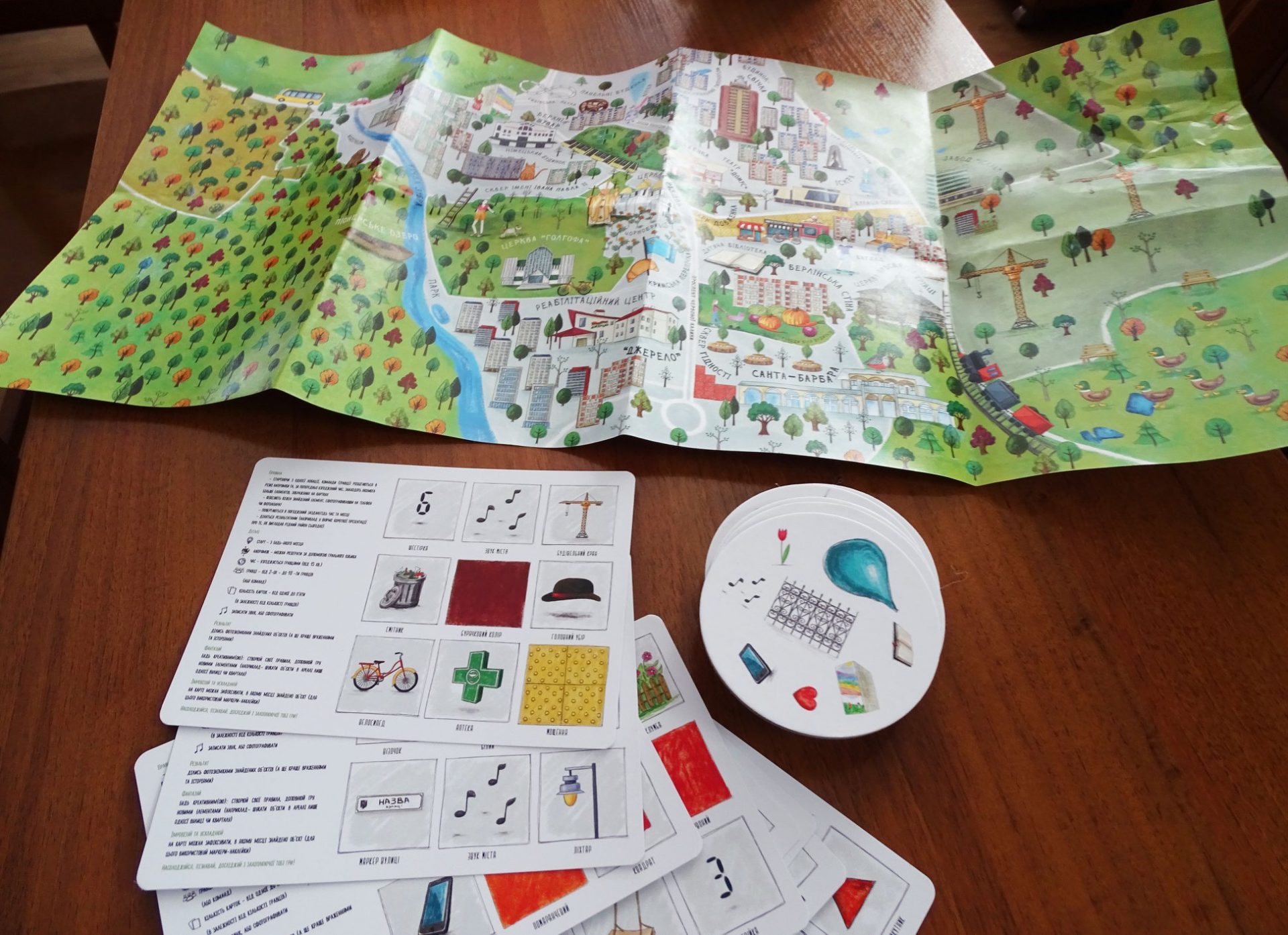 The educational program (summer camp and the autumn school) with the objective to research the past and the present of Sykhiv and to shape visions for the development of certain spaces.

Sykhiv is home to large numbers of Lvivians but it is hardly ever associated with the city perceived as a historical center in the first place. Together with the young residents of the district, we are investigating into the past, trying to understand the present, and projecting the future of the area considering different experiences of Lviv. We are offering to children and teenagers tools to "imagine" and plan the development of their neighbourhood, while encouraging their responsibility for the city, as well as providing the space for discussions between a "child expert" and professional experts such as architects, urban planners, historians, sociologists, etc. Jointly with children, are we considering Sykhiv as part of Lviv that is an interesting and special district, "the youngest" one.

The main objective of the project is to work with children and teenagers to jointly develop the vision for the future of Sykhiv by motivating them to do their own research and cooperation with professional academics and practitioners to promote diversification of the image of Lviv and to promote Sykhiv.

On every stage of the program, we provided conditions for active learning and exchange of ideas between the young residents of Sykhiv and the experts from different fields. We implemented and promoted the idea of an interdisciplinary approach and offered children the tools for making their own projects, from the idea phase through research and until final visualization.

The program focused on city planning, the development of private and public spaces, the history and vision of the future of the district. Participants studied the past and the present of Sykhiv buildings. They researched who the actors and participants of the city planning process were. It is also important to establish communication between different generations due to the collection of information about Sykhiv, also through family photo archives and oral recollections. The program was an opportunity for participants to share their experience and jointly search for alternative solutions of developing and promoting specific spaces in Sykhiv. The outcome of the four months program was the visualization of participants’ projects, creation of the educational product (city game) based on the previous research of the spaces of Sykhiv.

Educational program "All Will Be Sykhiv. The Youngest Ones About the Youngest One" also had an objective to reduce the gap between the tourist Lviv and Lviv as a diverse space with various districts interesting in themselves. We are also convinced that the implementation of the "child expert" principle into the educational system is the proper way to pursue in order to raise the generation of young people who know how and are able to work with the urban space and are ready to undertake responsibility for the development and implementation of their own ideas.

The program was implemented in two phases – the intense summer camp and the autumn school.

Intense two-weekprogram of the urban camp included intense meetings with a theoretical (meetings with experts) and practical part (field research, workshops, walks). During the meetings, participants implemented the following activities: a collection of information, cooperation with the residents of Sykhiv through collecting family stories and visual materials with experts, professionals, and practitioners, developing the plan for the education product to include best practices and ideas.

A series of sessions and workshops. Autumn school included working on the materials collected during the summer intense camp, developing own projects and joint educational product in cooperation with experts, designers and illustrators, and a public presentation of results. It is important that the participatory approach taken in the program helped engage children in the drafting process, from the very first stage until the final stage of result presentation. We hope that their ideas would be useful for their peers, for the residents of the district, and anyone interested in the development of Sykhiv and Lviv. In addition, the participants of the school also used the materials of the international summer school "Images and Experiences of the Present and Past Sykhiv."

Outcomes of the program

The outcome of the program was the city game developed by the youngest district of Lviv. It is an attempt to reconsider the urban space in the game format, the attempt to learn more about the neighbourhood and about the city, to change the lens from conventional storytelling, to introduce its elements and actors, and eventually to encourage shared responsibility for the city. The game structure is about researching the space, architecture, and residents in another, non-linear way, to show the dynamics of everyday life and practices, how our experiences and opinions about the district and the city are shaped.

The game could be used as a fun activity with friends, and also as an educational format integrated into the extra-curricular sessions, or as part of the curriculum. Teachers and educators are encouraged to improvise and include into the game new rules, elements, and materials, and to cover new topics. The game set includes the district map (with alternative routes), game cards and a bonus game with the elements of the city. The sets (available in 100 copies) will be disseminated in schools, libraries, and other education institutions in the district and the city.

The total number of participants in the project is 17 children and teenagers aged 10-16.

Organizers: Center for Urban History, with the support of the Department for Development of Lviv City Council.

* The program is implemented as part of the summer school "Sykhiv: Spaces, Memories, Practices."

** The game was designed on the basis of the approach of the Sankt Urban Berlin initiative. Founders of the organization Karsten Drozel and Sebastian Strombach have the background of urban planning and work on the development of city games. In March 2016, the Center’s program coordinator Khrystyna Boyko took part in the workshop to develop suchlike games organized by the project "Municipal Development and Renewal of the Old Part of the City of Lviv" (Lviv City Council and GIZ).