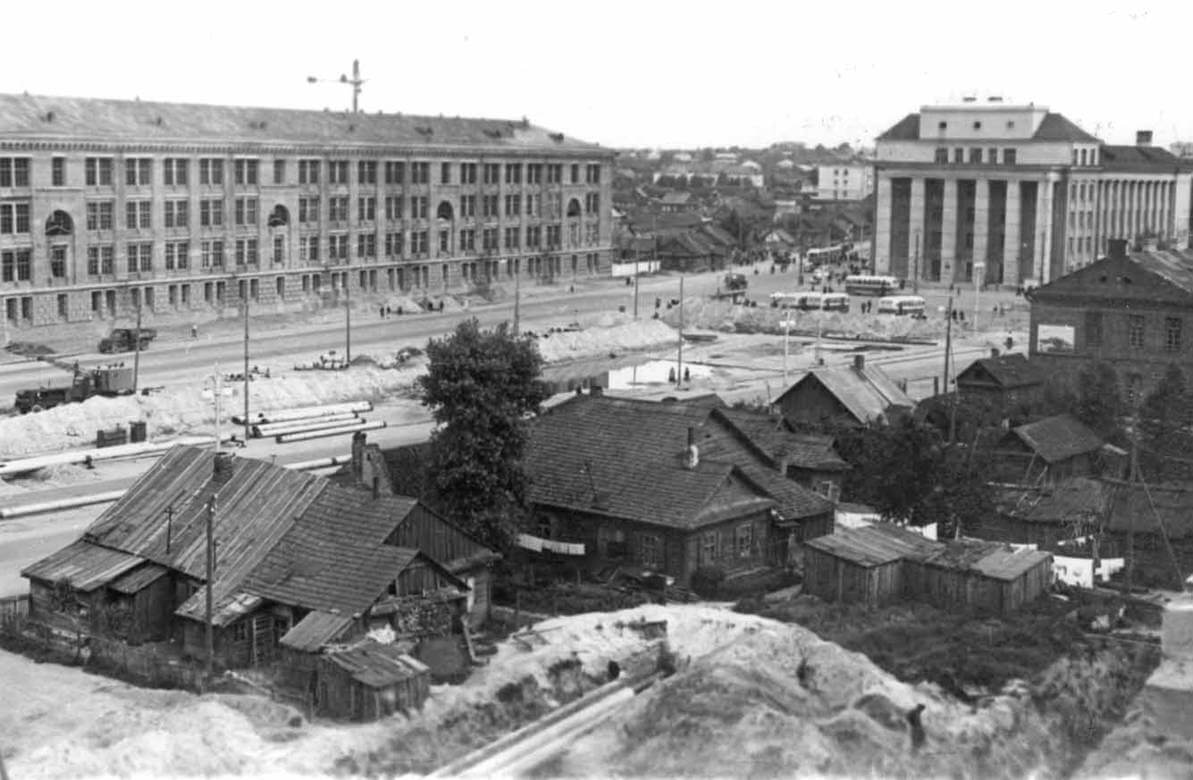 Urban Life in Eastern Europe: Roundtable on the Theme of Urban Life after World War II: Characteristics of Research and New Approaches

Our main guest was Thomas Bohn, a German historian, professor at Ludwig-Maximilians University in Munich. Bohn presented his latest book Minsk: Model Socialist City. City Planning and Urbanization in the Soviet Union after 1945. Also on the program was a discussion of Lviv historian Halyna Bondar's book Lviv. Everyday life through the Eyes of Immigrants from the Villages (1950s-1980s), as well as a presentation of the Center's research project "The Search for Home in Postwar Lviv: The Experience of Pidzamche, 1944-1960."

The books that the roundtable discussed both describe moments in the postwar history of Minsk and Lviv. The cases of these two cities differ in many ways. Minsk was almost completely destroyed during the war and was re-built "from a clean slate." The construction of "new Minsk" covered the entire city and was based on interwar attempts to create socialist space in the capital of the Belarus Soviet Socialist Republic. By contrast, Lviv preserved its general urban built environment from the pre-war period, which was to a great extent built in the 19th-early 20th century. In various ways this was a challenge and a limitation for Soviet planners, architects, and officials. Despite the grandiose plans from the end of the 1940s, the structure of Lviv – one of the administrative centers of Soviet Ukraine– still did not experience measurable changes. Despite their external differences, Lviv and Minsk can be good examples for comparison of demographic processes in Eastern Europe after the war, the particularities of city planning and urban development, the relations between center and periphery in the Soviet Union and, in this way, can help us achieve a deeper understanding of the social history of postwar cities. Indeed, on the example of these cities we can see how projects of "socialist" spaces, formulated in offices of authorities and specialists, impose on, co-exist and mutually influence everyday and local space. Planning for Lviv and Minsk can be seen in the context of Magnitogorsk or the "great rebuilding" of Moscow by the Genplan (General Plan) of 1935. However, it is important to take into consideration the influence and consequences of the activity of the very people who were participants in the process of building the Soviet city.

In the framework of the seminar we focused on the phenomena of the new resettlement to the city after the war, and the influx of rural population for the needs of industrialization and modernization. In addition to the comparison between the cases of Lviv and Minsk, the roundtable took up the general context of postwar normalization in Eastern Europe, cultural and linguistic barriers among "new" city dwellers, and old and new socialist spaces.