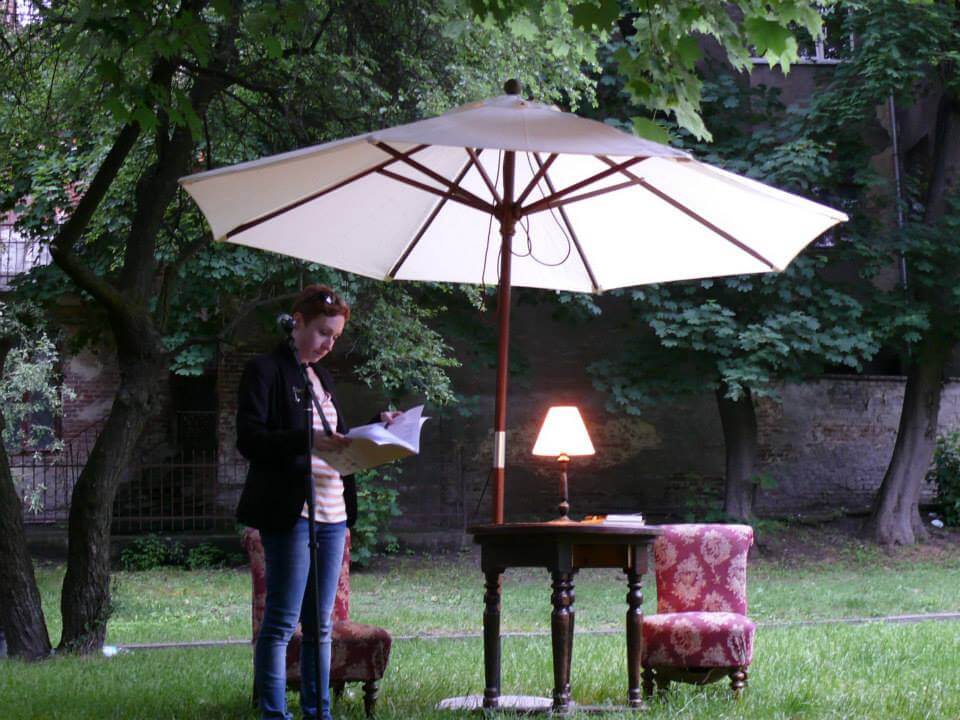 Literary readings "Text and the City"

Square on Lysenka Street near the St. Anthony Church

The art project took the conference beyond its academic aspect – writers and artists who demonstrated their understanding of urban space in the city, its combination of past and present, had a chance to read poetry. The focus was on poetry from Lviv’s literary environment in the first half of the twentieth century and works by contemporary Lviv authors, the most harmonious integration of these texts in Lviv’s modern environment, where space becomes a means of conveying the internal intonation of the poems.

Participants of the readings read works by Deborah Fogel, Zbigniew Herbert, Leopold Staff in Ukrainian, Polish and Yiddish. The location was carefully chosen: all three authors lived near St. Anthony Church, and Zbigniew Herbert was baptized in it.

Poetry was read by contemporary Lviv writers, poets, artists and young researchers, filling the space of the square with texts by Lvivians who left a significant mark in Lviv’s literature of XX century. In addition to texts, their rhythm, emphasis, and tone, an important means of conveying the atmosphere of that time was the unusual decoration of the usual space of the park. During the readings, the public square was filled with home furnishings from almost a hundred years ago to give it the appearance of a typical dwelling of the interwar period.

Enhancing historical contexts with audio-visual components and spatial metamorphoses made it possible to develop a new perception of poetry, rethink content, and integrate the ideas of the past into the current reality. Using metaphors the readings allowed us to combine such things as travel, history, and art, and establish a dialogue between the internal and external, between history and the future.

The event was planned as part of the twelfth international conference "Urban Spaces of Lviv/ Lwów Lemberg: Conceptions, Experiences, Practices".