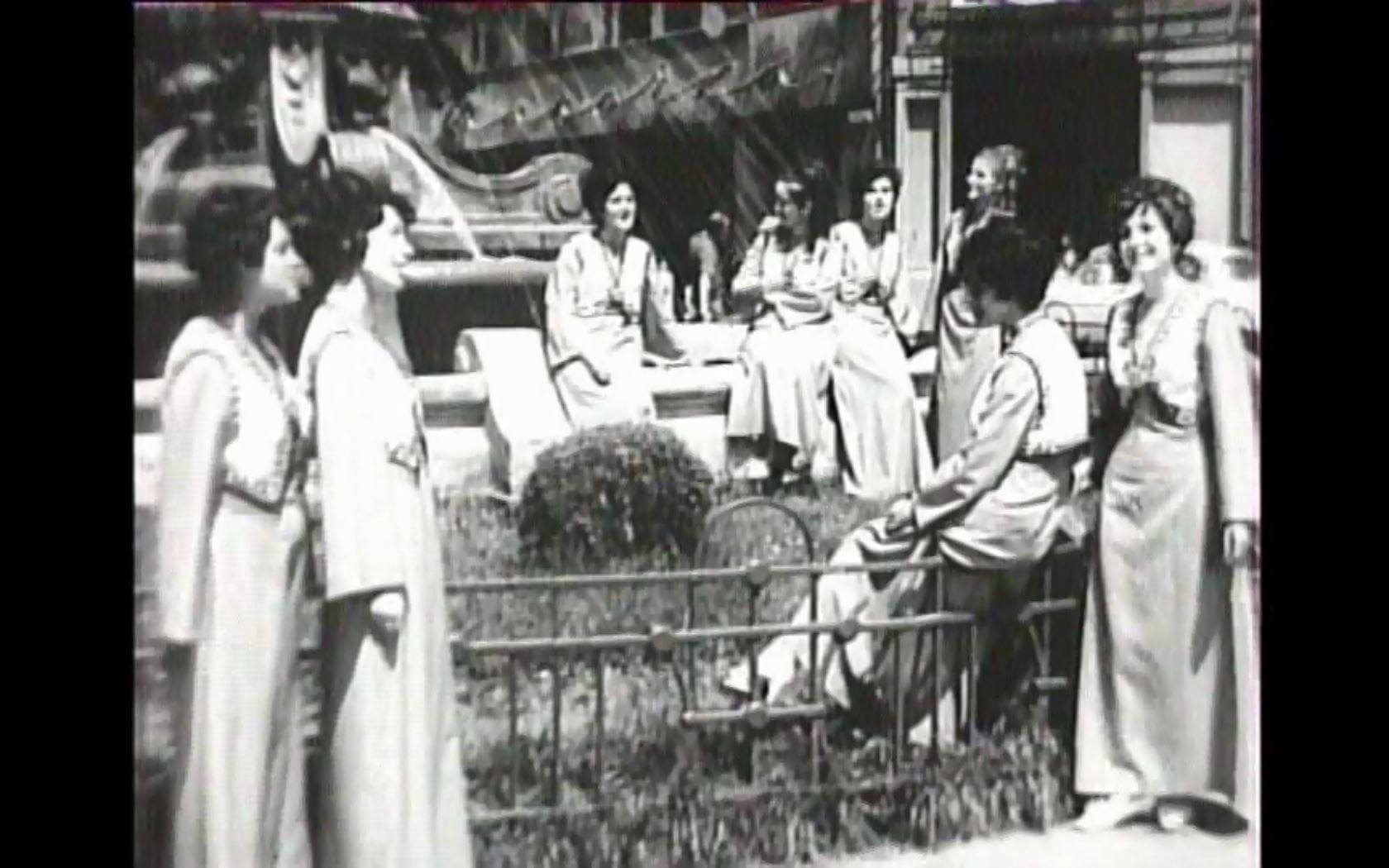 We invite you to the screening of a musical film "Songs Above Lviv" (1972; directed by O.Herynovych), and a talk with the authors of the film, poets, composers and the staff of Lviv television. The event will be dedicated to the 60th anniversary of Lviv TV.

60 years ago, on December 24, 1957, the first broadcast of Lviv television took place from the building of State Theater of Opera and Ballet. A presenter Stefania Kharchuk addressed the Lvivians from the screens of the few TV sets in the city (there was hardly a dozen of them available). She was wearing an embroidered shirt and spoke in the Lviv speak of the Ukrainian language, as they call it. The event was symbolic – Lviv Opera House believed to be an embodiment of high art in Lviv hosted the new kind of media, an ephemeral and yet little known television. The TV studio erected along with the antenna on the High Castle had not been commissioned yet. However, all of the needed equipment was already in operation. The first broadcasts of Lviv TV were operated with the help of the mobile station and the few Lvivians who had TV sets at their homes were mostly watching live broadcasts of concerts or theater performances (in addition to news programs). It was the beginning of the new media era in Lviv, while the city got richer with one more cultural institution.

The verge of 1960s and 1970s witnessed the flourishing of Lviv television as it was the time when the studio produced many films that were a major part of entertaining content broadcast. Their peculiarity, the same as of the other production of LTV, was a music component. In addition to music programs, live broadcasts of concerts and music shows, professional composers, poets, and musicians worked on the audio content of films. Eventually, the television itself had become the place of birth for Ukrainian show performers. Due to light music, the television was easy to perceive for viewers. It offered new ideas, approaches and behavioral patterns.

The music film "Songs Above Lviv" (1972) glorified the achievements of the city through socialist poetry but also constructed a romantic image of Lviv as a dominant focus of the storyline. The music is an indispensable element here. Specifically for the film, Lviv authors composed a song about football game where the "Karpaty" team would win, not lose. The author and director of the film "Songs Above Film" (1972) Oleksandr Herynovych, editor Oksana Palamarchuk, film group executive Taras Brykaylo.