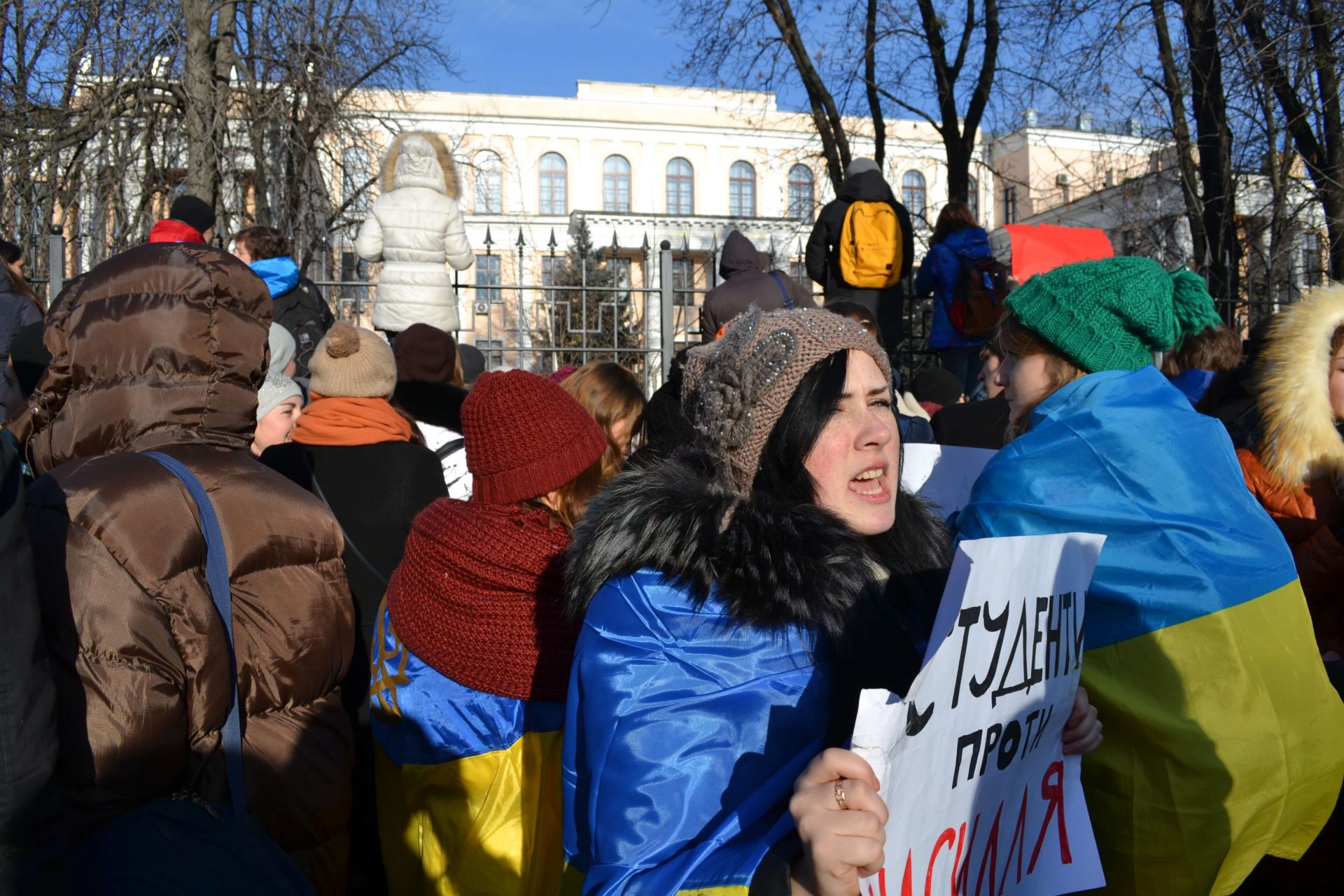 During the presentation, we talked about the challenges faced by a researcher – a witness and a direct participant in events. Using the example of EuroMaidan, we discussed issues of ethics and liability, which concern representatives of various academic fields – anthropologists, sociologists, psychologists, historians, and art experts.

What does it mean to be an engaged anthropologist? This talk discussed the importance of engaged and advocacy anthropology from a US researcher in the contemporary Ukrainian context. Based on research with political activists since 2012 and continuing through June 2014, Emily Channel discussed the role of engaged scholarship when researching in such a complex context as the current EuroMaidan mobilizations. We described the own participation on Maidan with student political activists and suggested how this research can fit into broader narrative about the events on Maidan. Emily Channel considered the problems of commitments of a scholar-activist – what kind of commitments can and should we are making, and to whom? We also discussed ethical concerns for engaging in revolutionary times, particularly discussing the role of an American academic in a Ukrainian revolution. Finally, we considered some possible next steps for engaged scholarship as Ukraine becomes more central to global political and academic interests. What kind of initiatives in Ukraine could be the focus of research and support by other engaged scholar-activists, and how can American and other researchers work with local Ukrainian scholars and activists in order to ensure their success?

After Emily Channel’s presentation, we invited all to discuss the role of the researcher, who at the same time is a participant in the events. The discussion was moderated by Anna Susak and Natalia Otrishchenko, Center for Urban History project managers of "Voices of Resistance and Hope" – a project which documents the EuroMaidan events.