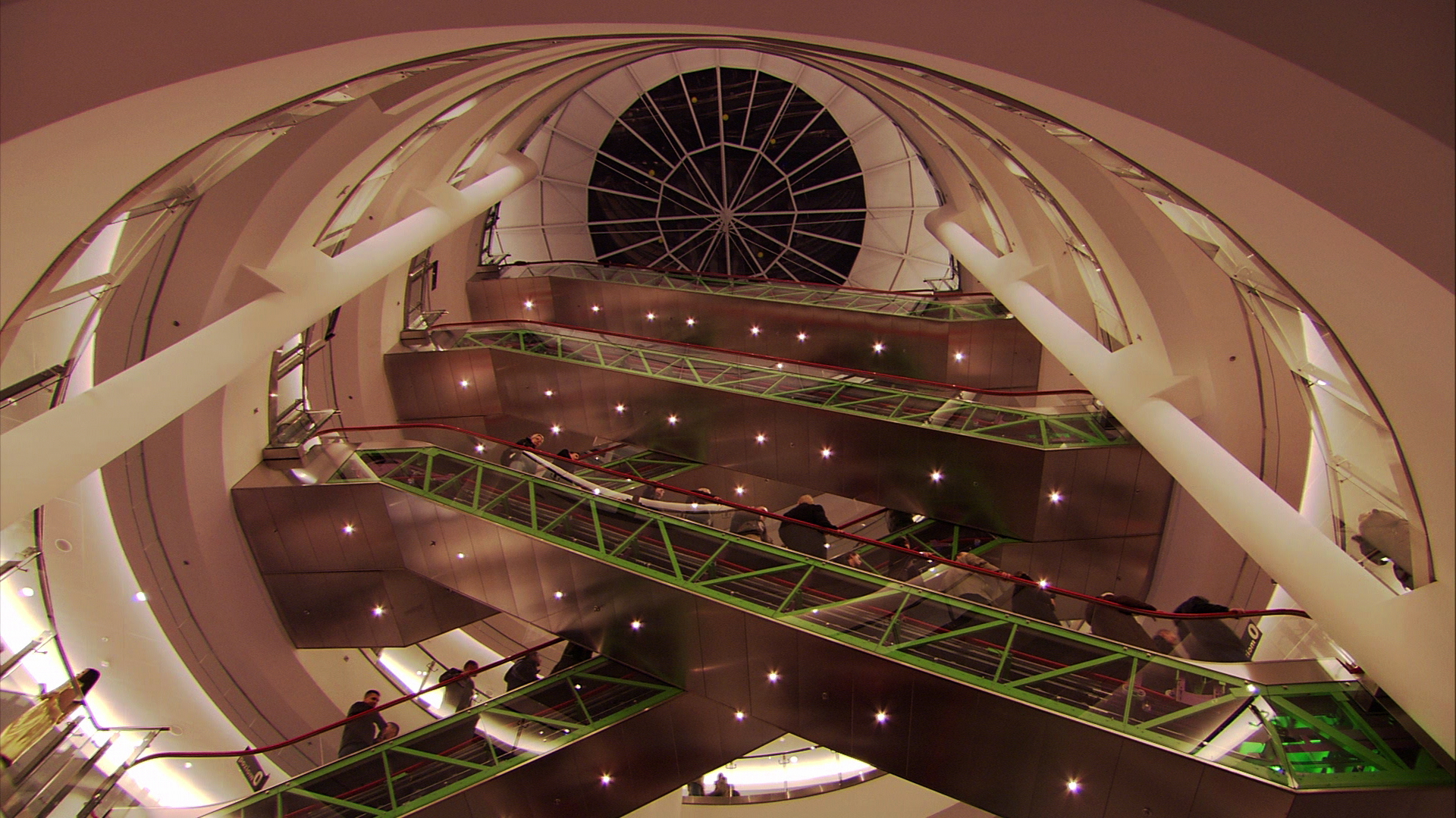 Combining scintillating architecture, pop culture, economics, and politics, "Malls R Us" examines the most popular and profitable spot in a typical North American suburb: its indoor shopping mall. For the consumer, the space has been transformed into a public – even ceremonial – experience; for merchants, a place where idealism, passion, and greed come together.

The film draws on archival material documenting the history of the Mall of America. In addition, viewers are introduced to some of the largest and most spectacular shopping centers in Canada, the United States, the United Kingdom, Japan, Poland, France and Dubai, and will hear interviews with architects, developers, commercial managers, environmental activists, social advocates and critics, as well as comments from mall-goers.

Сover Image: Still from the "Malls R Us"