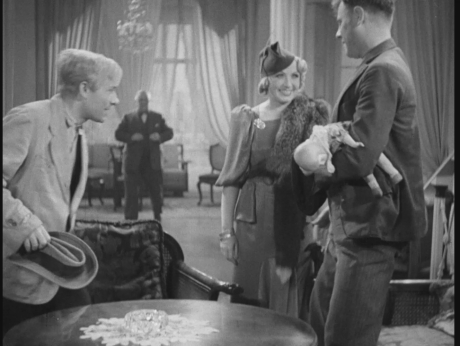 Film screening "It Will Get Better" / Będzie lepiej (Michał Waszyński, 1936)

The film "It Will Get Better" first shows on the screen a popular humoristic duet of Tonko and Szcepko, hosts of a well-known radio program "Funny Lviv Wave." It was a hot ticket film in the 1930s. It is also the first episode of the "Lviv trilogy" by Michał Waszyński. In the Soviet Union period, the film has never been on in Lviv.

You will hear about the film "It Will Get Better" (Będzie lepiej) from the researchers of life and work of Michał Waszyński: an author and a script writer Stanislav Tsalyk, and a film director and media artist Oleg Chorny.

The film will be screened in the original language (Polish).

The screening will commemorate the 115th anniversary of the day of birth of a film director Michał Waszyński, as part of the project [unarchiving] of the Urban Media Archive of the Center.

The event takes place as supported by the Polish Institute in Kyiv.

Сover Image: Still from "It Will Get Better" / Będzie lepiej (Michał Waszyński, 1936)