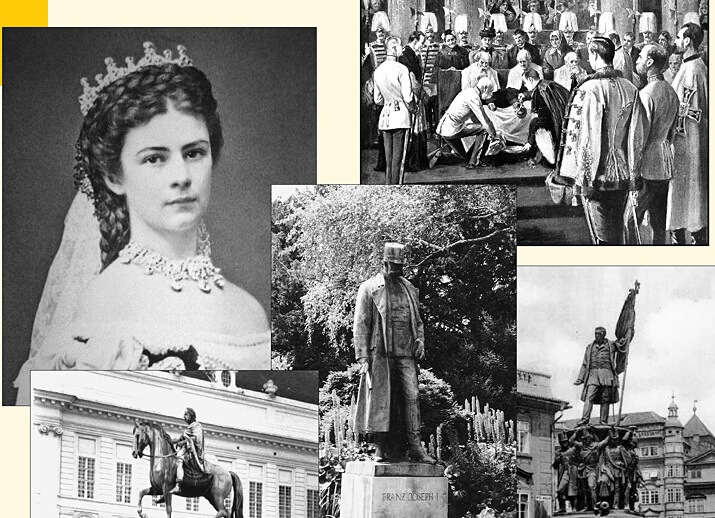 Talk with Professor Daniel Unowsky took place. We had the chance to talk with a famous American historian of the Habsburg monarchy, in particular of Austrian Galicia, about his research on imperial loyalty and national identity in Central Europe before World War I and about how to research, write, and teach about empire, nationalism, and the emergence of a contemporary society.

The talk was moderated by Ostap Sereda, Ph.D (Central European University), head of the Modern History of Ukraine Department at the Krypyakevych Institute of Ukrainian Studies.

Daniel Unowsky’s monograph "The Limits of Loyalty: Imperial Symbolism, Popular Allegiances, and State Patriotism in the Late Habsburg Monarchy" was published almost 10 years ago and together with the works of Harald Binder, Laurence Cole, Pieter Judson, Robert Nemes, Larry Wolff,  and other historians contributed to the emergence of a new wave of studies on the Habsburg Monarchy, in which imperial was not schematically opposed to national, yet which widely used the conceptual repertoire of a new cultural history, with its emphasis on ritual, representation, discourse, and symbolic practices. Professor Unowsky’s research "The Pomp and Politics of Patriotism: Imperial Celebrations in Habsburg Austria, 1848-1916", using the study of Habsburg public ceremonies in Vienna and visits of Emperor Franz Josef to Galicia, caused a major revision of our understanding about the political state of Late Imperial Austria: it turned out that the growing sense of national identity was not in supposedly antagonistic conflict with imperial loyalty, but over a long period of time successfully coexisted with it. Habsburg celebrations did not exclude manifestations of national identity – and this contributed to the identification of the participants with the "emperor-father" and through him with Austria. Despite the emergence of the mass national and social movements of the late nineteenth century, the emperor, the Viennese court, dynastic symbols, and supranational patriotism continued to play a prominent role in the political life and discourse of the peoples of the late Habsburg monarchy, which disintegrated rather because of the First World War, not because of an increase in national conflicts.

But we should not think that Daniel Unowsky is prone to nostalgic idealizing of the Habsburg monarchy and the long nineteenth century. The growth of interethnic violence, in particular anti-Jewish pogroms in Western Galicia in 1898, are found at the center of his current research. What caused them and how much did they change society? A discussion of these issues helped us understand the basic problems of the new European history, especially in the context of the centennial of the First World War. How inevitable were violence, wars, and political changes for the twentieth century, which, as it sometimes seems, still continues?