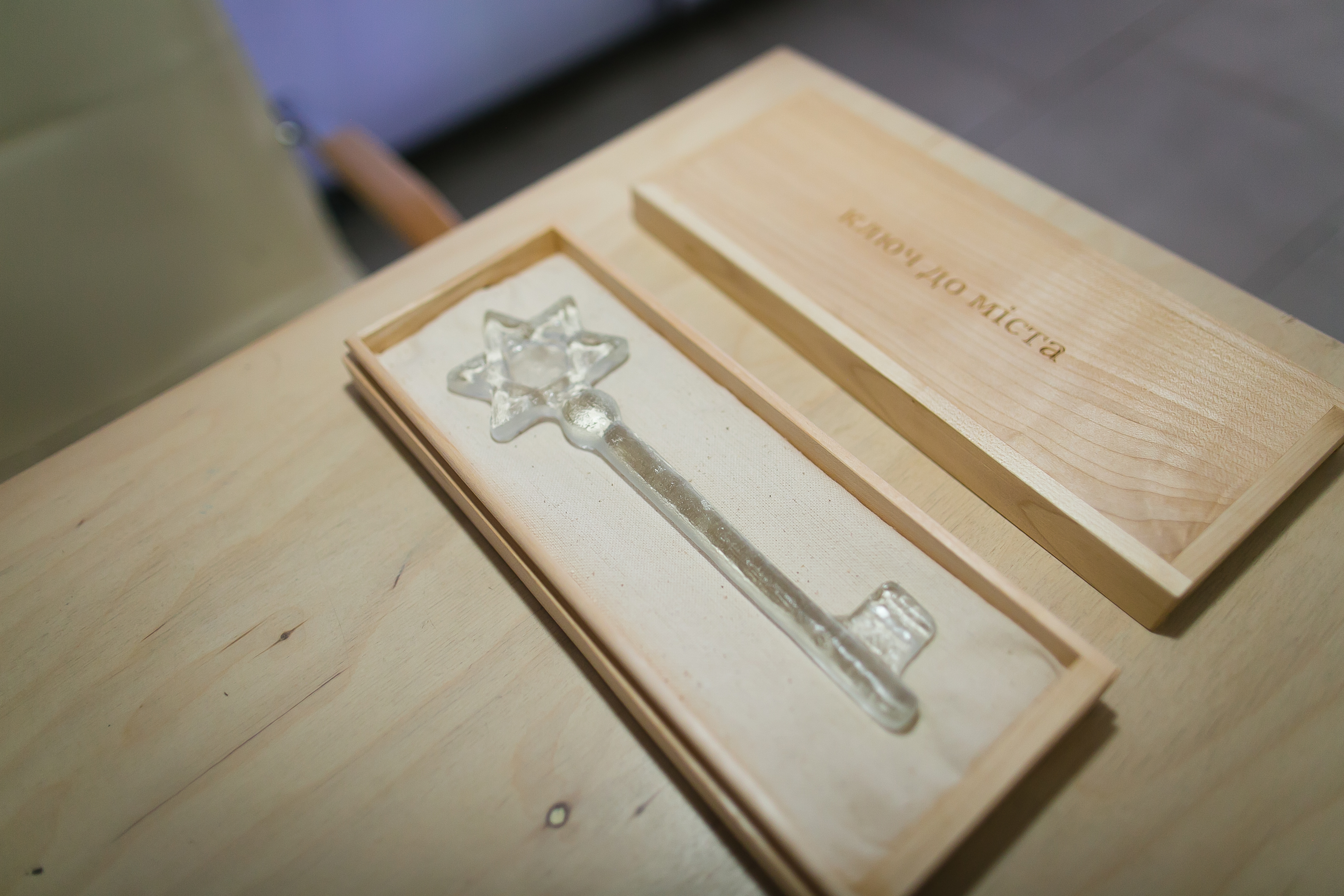 A Key to the City: Reclaiming the Memory of the Past

This year, Lviv residents commemorate the 75th anniversary of the tragic events: the liquidation of the Ghetto and the Janowska Concentration Camp by the Nazis. The year 1943 was a year of irreversible, catastrophic changes: Jewish Lviv along with its people, synagogues, and community  buildings was brutally annihilated . In the post-war years, the memory of Jewish communities in Lviv, which were integral part of the city for centuries, was vanishing in the cityscape. Preserving the memory of the city’s Jewish history and culture today is not only a challenge for today’s community of Lviv, but also an opportunity to build a societal dialogue about the past of Lviv and the vision of its future.

The Grand Session Hall of the Lviv City Council, the historic building of the City Hall, residents and guests of Lviv will come together to commemorate the Holocaust in Lviv, as well as to honor  those who research, preserve and popularize Jewish heritage. The symbolic distinction will be an ancient synagogue key. 75 glass replicas will be awarded to representatives of cultural and academic institutions, volunteering and public organizations and individual initiatives that work with Jewish heritage in Lviv and in other cities and towns of former Galicia.

The inspiration for the ceremony was the artistic installation by the American sculptor and researcher Rachel Stevens which consists of 75 glass replicas of a synagogue key. This installation gave the name to the exhibition "A Key to the City", which presented three ways of discovering and understanding the Jewish heritage of Lviv. (The exhibition is open at the Center for Urban History from May 15 to August 31, 2018). The original metal key was found by the artist in a Lviv street market. We know nothing about the origin of this find, but it is the material evidence of those who were in this city before us, lived in these houses, who walked along Lviv streets to schools, parks, theatres, and synagogues. Most of the Jewish shrines of Lviv were destroyed; even their keys are not preserved. One of the them has become an accidental find on a street market, where things usually appear after they lose their owners.

Creating an artistic installation with the synagogue key was a step towards restoring the memory of those whom it was important to. 75 replicas symbolize the years of oblivion and the importance of multiplying this memory. The glass keys are associated with luminosity as well as the fragility of life, which is easily breakable; they also reference to the murder of Jews in the ravine of Piaski near the Janowska Camp.

Meeting in the City Hall is a step towards restoring the memory of the Holocaust in Lviv. During this meeting, each of these 75 glass keys will have its addressee as a symbol of gratitude for preserving Jewish heritage. This is a testimony to the presence and role of those who affirm this memory today and whom it is important to.

The ceremony "A Key to the City: Reclaiming the Memory of the Past" will launch the commemorative events  for the 75th anniversary of the liquidation of the Ghetto and the Janowska Concentration Camp in Lviv, which will take place on 2 September 2018. These events will be held in different locations of the city, and they are part of the one-year program "Lwów, לעמבערג ‎, Львів, Lemberg’43: The City that Did (not) Survive".

More information about other events of the program on the web site of Memorial Museum of Totalitarian Regimes "Territory of Terror".

A Key to the City: Reclaiming the Memory of the PastHonouring organizations and initiatives for researching, preserving, and popularizing Jewish heritage

Commemorating the Memory of the Victims of the Janowska Concentration CampGustav Mahler – Movements 1 and 3 of Symphony No. 6 "Tragic" Ukrainian Festival Orchestra conducted by Ivan Ostapovych

Special acknowledgements go to a photographer Cristian Herrmann for offering the photographs from a series "Eastern Galicia: the Vanished World", to Olena Andronatiy, to Olha Lidovska, and to Nataliya Tolok, for their help in organizing the event.