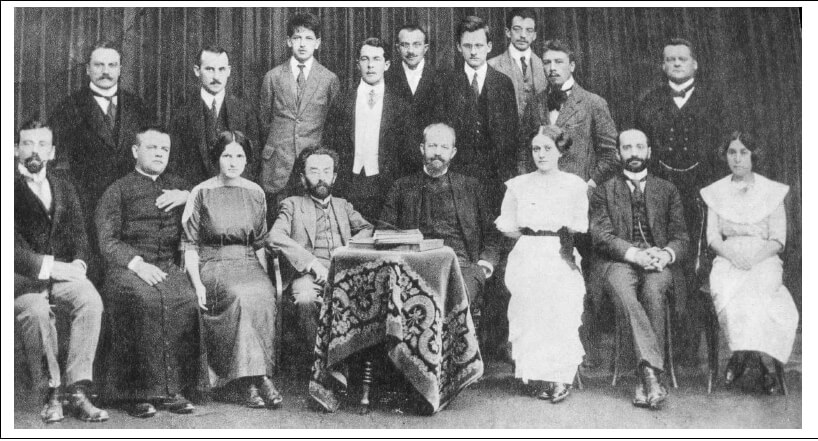 The Philosophy of Kazimierz Twardowski: History and modern interpretation

Center for Urban History will host a symposium dedicated to the 150th anniversary of Kazimierz Twardowski's birth.

Kazimierz Twardowski (1866-1938) went down in history as the creator of the Lviv School of Philosophy, a person who introduced Lviv, as a city, to the world map of philosophy. In early twentieth century Lviv, an intellectual formation, imbued with the method and spirit of his philosophy, was created that with time came to be known as the "Lviv School of Thought" or the "Twardowski School." Due to this Lviv joined Vienna, Graz and Prague to become an influential branch of the Franz Brentano Austrian School of Philosophy. Twardowski's numerous students (among which were not only Poles, but also Ukrainians and Jews) were active not only in philosophy, but also in pedagogy, physics, mathematics, philology, history and in the theories of art, literature and music.

2016 marks the 150th anniversary of Twardowski's birth. To celebrate, the K. Twardowski Philosophical Society of Lviv and the Institute of Philosophy of the University of Warsaw with the support of the Center for Urban History will conduct a symposium entitled "The Philosophy of Kazimierz Twardowski: History and modern interpretation." The event will be attended by Polish scientists who specialize in the study of the creative heritage of Twardowski and his school: Jan Volenskyy (Krakow), Jacek Yadatskyy (Warsaw), Richard Kleshch (Lodz), Arkadiusz Hrudzimskyy (Szczecin), Anna Brozhek (Warsaw), Jacek Moroz (Szczecin), Alicja Hybinska (Warsaw), Hubert Bozhek (Krakow) and Rafal Cours (Krakow). The Ukrainian philosophical community will be represented by Victor Petrushenko (Lviv), Andriy Dakhniy (Lviv), Igor Karivets (Lviv), Olha Honcharenko (Khmelnytsky) and Stepan Ivanyk (Lviv-Warsaw). Presentations and discussions will focus on researches and activities of Twardowski in the cultural dimension of Lviv and in the context of Ukrainian, Polish and international studies. We invite all who are interested in philosophy, psychology, logic, theory of literature, and the history of science in pre-war Lviv to attend.