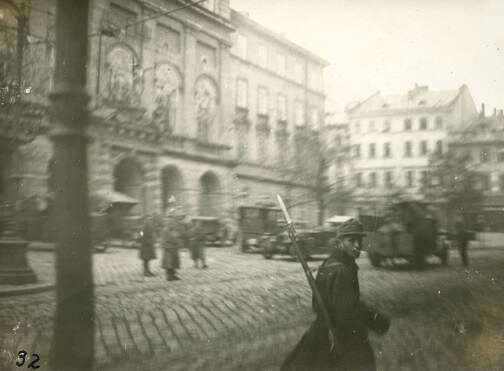 The Multiplicity of Exits from the War: the Experience of the Eastern Front Cities

The purpose of our conference is to focus on the period of the end of the Great War, which on the Eastern Front was accompanied by revolutions, formation of national states, civilian wars, and armed conflicts for disputed territories. Chronologically, it covers the years 1917-1923: from the February Revolution in the Russian Empire to the final determination of borders in post-war Eastern Europe. Consequently, this era was a period of transformation when new political practices were introduced in conditions of general social and economic instability, violence and impunity, demobilization and new mobilization. At the same time, these years can be considered as an approbation period of practices which will eventually become dominant in the totalitarian states of the USSR and the Third Reich: controlling people through the introduction of cards and the differentiation of society by ethnic/class/political criteria.

Studying these processes in all their multidimensionality and complexity, we proceed from the fact that they should not be separated from the very context of the war. Therefore, we propose to consider them avoiding the division into the periods of the First World War and the Revolution. That is why we suggest analyzing them in the light of the exits from the war and involving in their study perspectives of different approaches, e.g. those of historians of war, researchers in national histories and revolutions, thus challenging the traditional historiographic divisions between the researchers of the First World War (focused mainly on Western Europe), the revolution (mainly historians of Russia and the USSR) and national states (national historiographies of Central and Eastern Europe), and historians of the empires. Taking into account the peculiarities of the experience of the war at the Eastern Front, whose end is traditionally marked with 1918 in historiography, opens up new opportunities for the study of the First World War, civil wars, and revolutions as a holistic phenomenon.

For better comprehension of the material and identification of peculiarities within the region, we choose the cities as the subject of research attention. A transnational comparative perspective of cities will help to better understand the process of various cities’ "exits" from the war, the cities which experienced the collapse of the Russian, Austro-Hungarian, and German Empires and the process of creating national states. A comparative method in the study of cities will help to better understand the common experience of the First World War and the peculiarities of its end at the Eastern Front, without, however, avoiding the analysis of regional and national peculiarities. The micro level of the city allows, on the one hand, to better understand the section of revolutionary and state-building transformations and to consider the transformation of the city from the core of the "home front" into the center of state and regional governance. On the other hand, it allows to consider the period of the most rapid changes "from below", taking into account everyday histories and practices of behaviour proper to different strata of population, acquired in conditions of further chaos and destruction, violence and collision between the culture of war and that of peace. We are interested in exchanging research findings among researchers studying the urban experience of the given transformation period within the framework of national, transnational, imperial, and global approaches.

Themes and topics:
The conference focuses on the following main topics:

We invite researchers to present research results related to the following topics (but not limited to):

Participants
This will be an international and pre-circulated papers conference with open call and invited keynote speakers. We expect to host 20-25 participants from Ukraine and abroad. We also invite keynote speakers, who will deliver lectures and address the most acute aspects of subjects discussed during the conference. Our aim is to bring together distinguished scholars and researchers from a variety of disciplines, including but not limited to history, anthropology, geography, peace and conflict studies, literature, performing arts, media studies and related disciplines. Advanced PhD students and young researchers from Eastern Europe are especially encouraged to apply and contribute. The working language of the workshop is English.