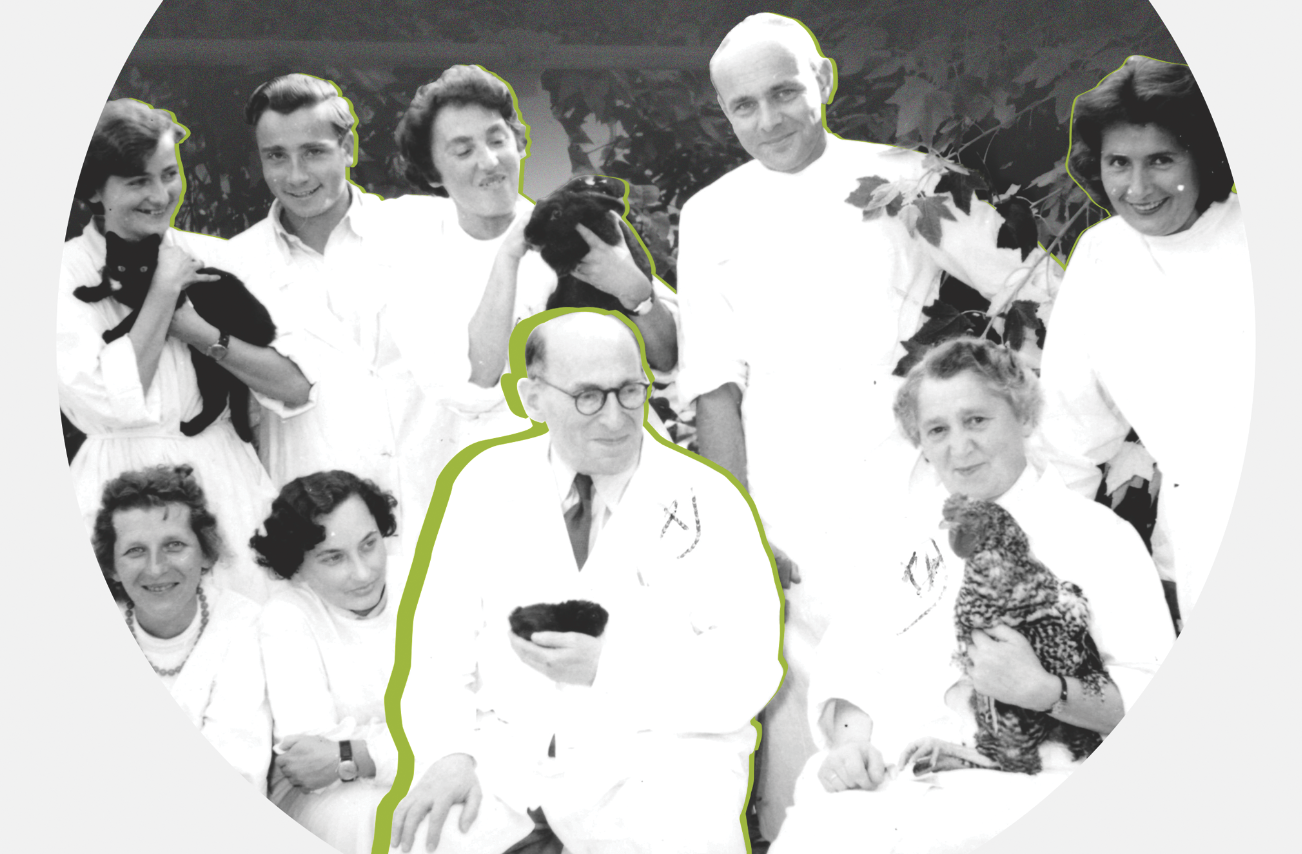 Ludwik Fleck and His Thought Collectives

The events aim at bringing together a person and the city/places/spaces, Ludwik Fleck (1896-1961) and Lviv where he was born, studied, worked, debated, contemplated, and wrote his philosophic and medical texts. The future microbiologist researcher originated from a Polish Jewish family. After finishing school in 1914, he went on to study at the Faculty of Medicine in the then Austrian Franz Josef University in Lviv. The First World War made him interrupt his classes – Fleck went to the front, while completed his medical studies in the already Polish Jan Kazimierz University. As a student, Fleck got an interest in microbiology research, and came to know an expert in epidemic typhus Rudolf Weigl. They have worked closely together in the interwar years. At the same time, Fleck was captured by philosophic research. Creative and academic communities of the interwar Lviv were a fruitful ground where the scientist developed and described the idea of a "thought collective". He was a frequent guest at academic meetings (medical and others); cooperated with the members of Lviv School of Mathematics, for instance, Hugo Steinhaus; engaged in discussions with Lviv philosophers, including Kazimierz Twardowski and Kazimierz Ajdukiewicz. There is data, among other things, on his disputes with Izydora Dąmbska, an expert in the theory of scientific research, and with the psychiatrist and historian of science Tadeusz Bilikiewicz.

German occupation forced Fleck to resign from all his positions, and settle on the territory of Lviv ghetto with his wife and his son. When arrests of Lviv scientists of Jewish origin started, his family and himself were transferred to the Auschwitz concentration camp, and later to Buchenwald. In April, 1945, the Fleck family was liberated by US forces. The scientist moved to Lublin where he was the chair of Microbiology Department at the Faculty of Medicine in Maria Skłodowska-Curie University; and later – to Warsaw. In the postwar period, Fleck made a brilliant career of a medical bacteriologist: he supervised over 50 doctoral theses and habilitation works; 87 research publications by Fleck came out in journals in different languages. However, his most important contribution to the philosophy of science and epistemology is the work written back in the "Lviv period": "Genesis and Development of a Scientific Fact" (1935). In this essay, the researcher explores the genesis of scientific facts as a result of activities of scientific communities relying on the knowledge and experience of their predecessors and contemporaries; he was one of the first authors to point out the social and historical precondition for the cognitive process.

Revival of interest to Fleck’s legacy took place in the 1960s, due to the publication by Thomas Kuhn "The Structure of Scientific Revolutions" (1962). In the foreword to the book, Kuhn stated that he borrowed many useful ideas and impulses from the work by a Lviv bacteriologist on the thought styles and collectives. As soon as in the 1980s, Fleck became so popular that he was named among the key theoreticians of epistemology of the 20th century.

The workshop’s objective is to focus on the philosophic legacy of Fleck and on the historical context that generated his ideas. Workshop participants will explore in details the social landscape of the interwar Lviv where different ethnic, linguistic, and religious groups co-existed and co-created; where various art communities and scientific collectives worked together. They will also trace changes and adaptations of his legacy in various disciplines and geographies. Last but not least, the workshop will actualize the legacy of Ludwik Fleck, and open opportunities for its further application in the academic and extra-academic contexts.