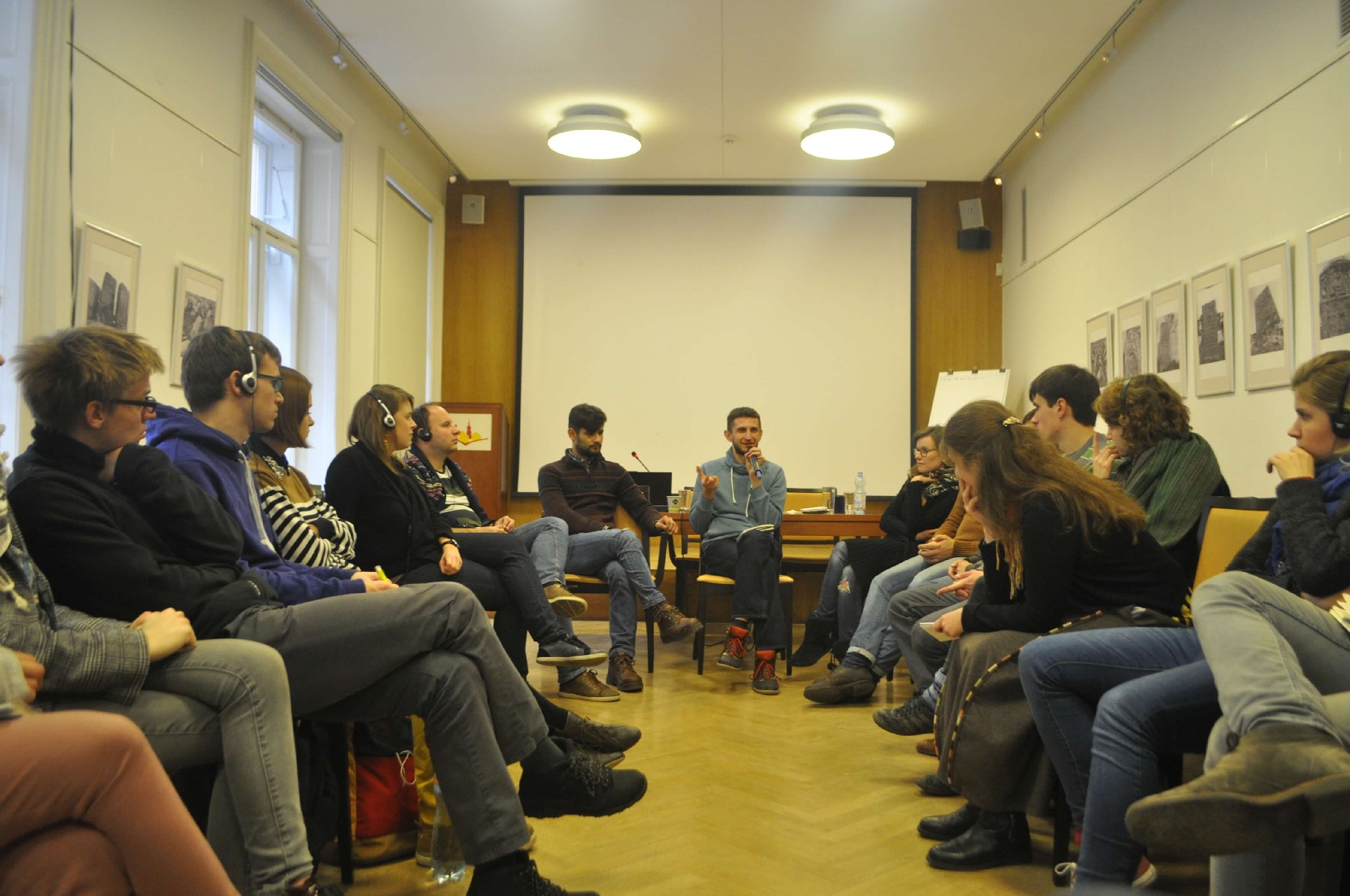 Center for Urban History and the Master's program in Public History at the Ukrainian Catholic University, conducted a workshop for students.

Oral history from the early 1990s is widely used in Ukraine, but often in a narrow academic context or only in ethnographic studies. However, oral histories can be a tool not only for strengthening and supporting groups from different social, ethnic or cultural identities, but also in the critical analysis of strategies that different actors use to promote their versions of the past. The historical past, in turn, can be a powerful resource of transformation in the public sphere, if you make historical culture more democratic and open to partner communications between professional historians and the general public.

The aim of the workshop was to train students - future scientists, civic activists and those working on public history projects that combined modern methodological approaches of socio-humanitarian knowledge with a critical interest in the culture of memory of different groups and communities. Participants became familiar with the work of Lviv's institutions, which presented the results of historical research into popular formats for the public and took part in discussions about the projects of Director Oleksandr Brama's documentary theater, which are based on the methodology of oral history.

During the workshop, students from all over Ukraine, studying in various humanities majors, participated in sessions with researchers and practitioners from the fields of public history, oral history, and memory studies, including Oksana Kis, Nataliya Otrishchenko, Victoria Sereda, Volodymyr Sklokin, Vasyl Rasevych.