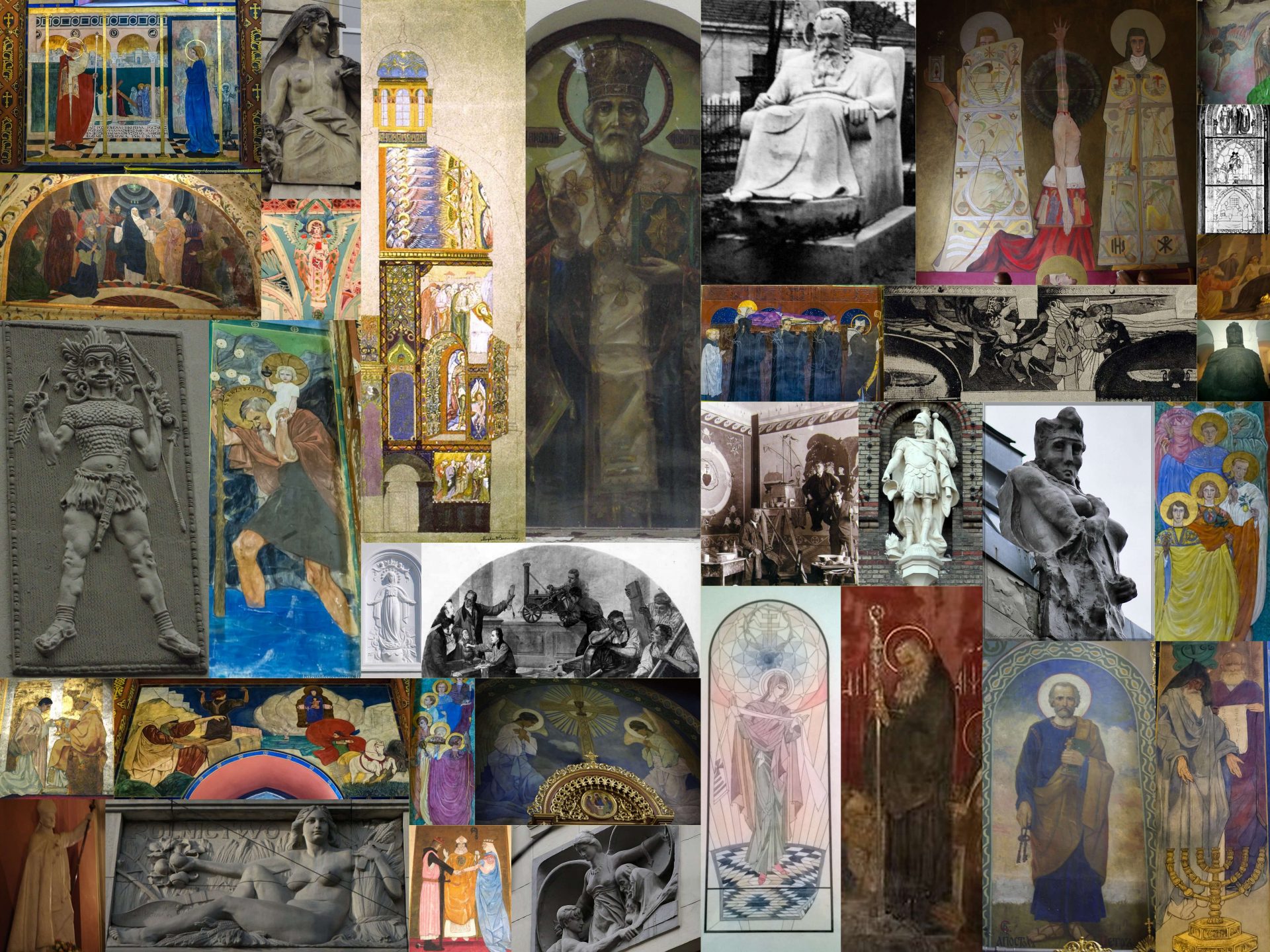 The Image of the Human in the Monumental Art of Lviv in the First Third of the Twentieth Century: Cultural and Artistic Universalities

The seminar was devoted to the display of the philosophical concept of the "human," the human figure, and its image in the monumental art of Lviv in the first third of the twentieth century. In the early twentieth century, Lviv became a platform for artists to expand their creativity on the basis of the latest philosophical and aesthetic trends of the time, on which the specificity of the task of forming monuments overlapped. The works of monumental sculpture were less tied to national issues and reproduced aspects of modernization, the growth of the city, and its external image.

In the context of the holistic image of urban monumental paintings and sculptures that adorned the city and the works of their authors, the objects that were illustrative examples of the art of the first third of the twentieth century were defined. These included the sculptural and pictorial decoration of the main railway station, the Chamber of Commerce, local coffee houses, the stained glass and murals in the Armenian Cathedral, the Church of Mary Magdalene, the Assumption Church, the chapel and church of the Greek Catholic seminary, etc., as well as the monumental decorations of the stone buildings of the city and city monuments.

From the colorful kaleidoscope of compositions, we distinguished several categories of anthropomorphic images, espeically those that were most common, rare, or likely the first used, and those which in the early twentieth century took on new nation-creating, psycho- emotional, and moral-spiritual content. Among the monumental artistic interpretations of the human image are the moving images of the hero-statesman, modern chivalry, etc, at the same time with somewhat frivolous images of angels and infants. We analyzed the philosophical and literary foundation of the creation of the characteristic images and their fundamental artistic characteristics.

At the early stage of work on the topic some basic questions were formulated. What categories of human figures did artists use for creating images for the murals and sculptures in the interiors of the city? Why them exactly? What is the reason for the use of these anthropomorphic imagery series? What outside factors influenced this process in the late nineteenth to the early twentieth centuries? Other questions have arisen as a result of the research has. Is decorating interior spaces mostly with pictorial compositions and exteriors with monumental sculptures natural for the space of multicultural Lviv? Is the national component included in this process? If so, to what extent? And of course, what images are most typical for the time, for a given community? How much do they have in common with other eras of life of the city?

Seminar is a part of the series "Urban Spaces of Lviv/Lwów/Lemberg: Imagination, Experiences, Practices".