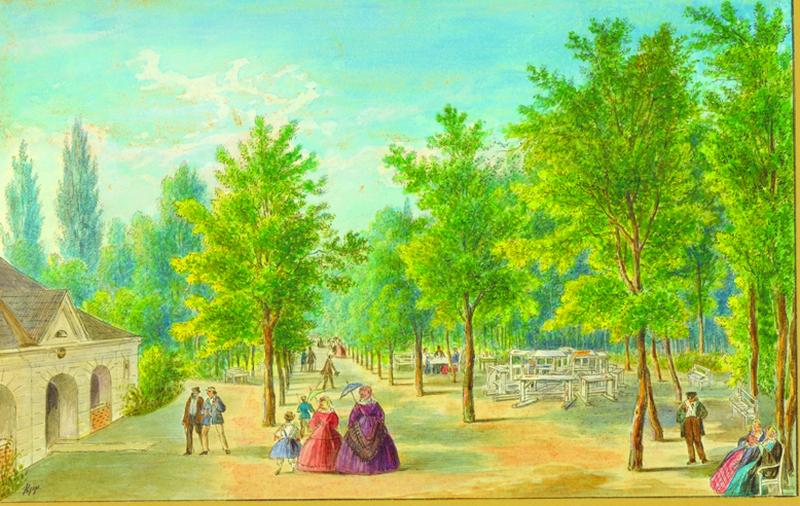 In modern times, in Europe, the major social environment for the ruling elite was "high society" and the public space thereto. The model spread from the center to periphery, which also took place in the dukedom of Bukovyna, a crown land of the Habsburg monarchy.

In the first half of the 19th century, early features of modern society started being established in social and cultural space of Bukovyna. There was a process of institutionalization of active carriers of high society representations that became sort of "high society actors" in the land’s public space. The process was supported due to legal equalization of Bukovyna noblemen with the Austrian counterparts, to the inflow of the modernity mediums from the West (mostly public officials), to the expansion of the network of educational institutions, to local population’s visits of Vienna and other European cities for short-term or long-term period (study, business trips, etc.).

Whereas in the 1830/40s, the development of public space was restricted down to activities of a small group of active elite, after 1848, concessions from Austrian central authorities enabled accumulating material and cultural capital and further social and economic development. It led to mastering practices of high society life and social integration into the "high society."

The researcher will attempt to answer the question of whether any "good society" ("die gute Gesellschaft") in Austrian Bukovyna existed at all. She would cover the issues of public space and social practices of Bukovyna elites of the second half of the 19th – early 20th century.