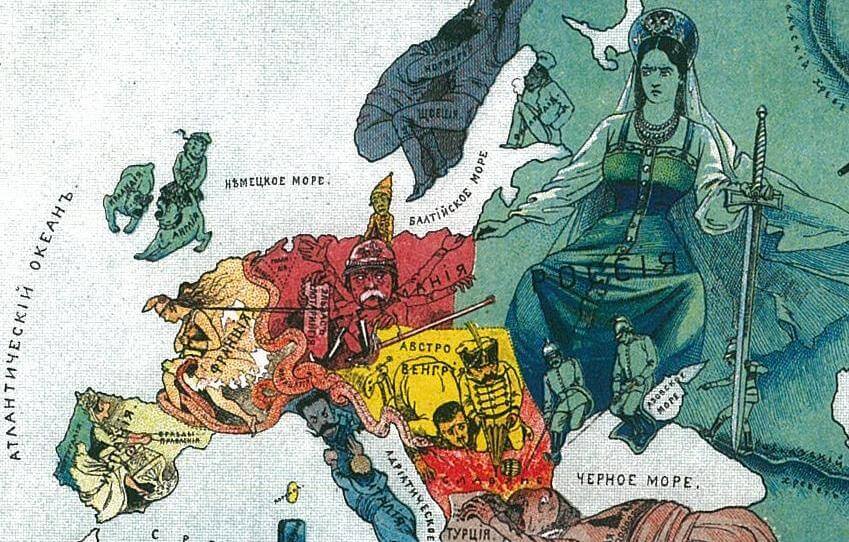 This presentation looked at the ideology and fantasies of ethnic mapping (ethnoschematization) in Russia, Ukraine, and East Central Europe from the 1830s and 1840s to the present, as part of a longstanding set of modern practices in the historical production and dissemination of pan-European cartographic works.

The power of this dominant mode for imagining "identity politics" is an enduring civilizational discourse.The researcher offered a sample analysis of Western media coverage and mapping of Ukraine, in the tense period surrounding the annexation of Crimea in February-March 2014.

Steven Seegel raised the question of how and why such maps acquire their everyday significance, as popular weapons in identity-formation and the decision-making processes of (geo)political actors.

Reflecting back to Europe's high territorial age of colonialism, imperialism, and nationalism from the 1830s to the 1970s, illiberal maps that imagined nationality became key tools, weapons, and symbols of identity, and they emerged from geographical societies and other state-building institutions as a dominant mode of totalizing classification.

In theorizing five major historical stages of ethnoschematization in Ukraine, East-Central Europe, and the USSR, the narrator finally introduces some recent and significant interdisciplinary work on the spatial turn, mental mapping, feminist geography and geopolitics, digital history, and critical cartography and GIS-studies in North America and Germany.

The seminar was held in English with simultaneous translation.