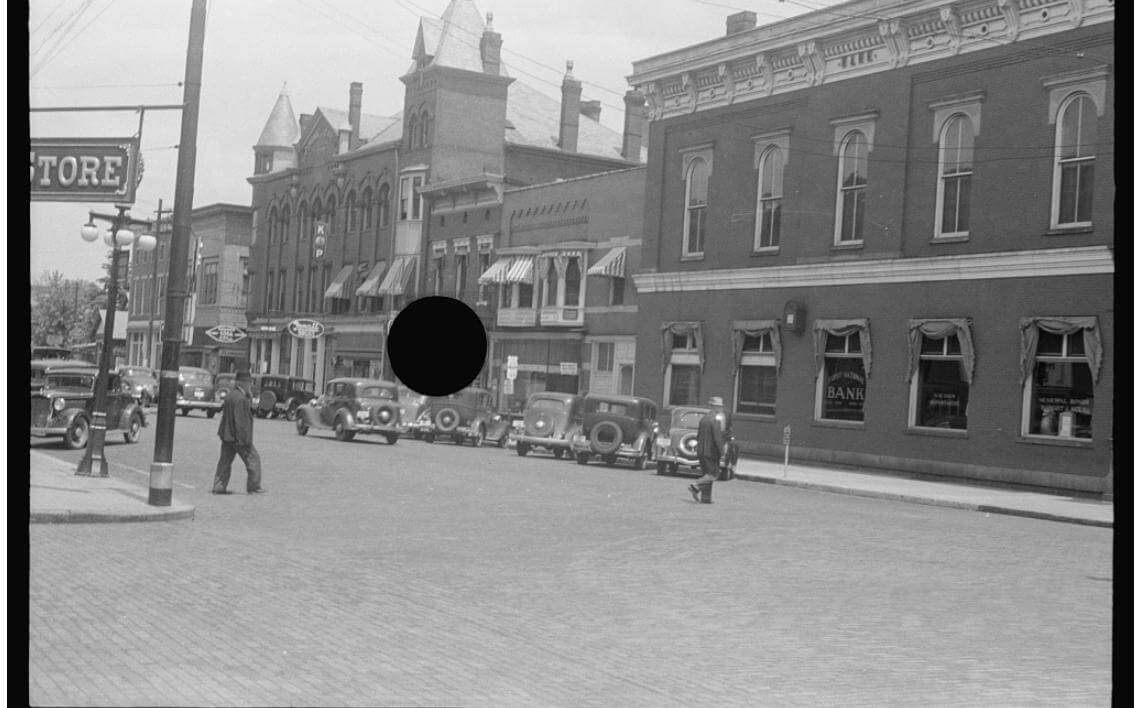 The Library of the U.S. Congress digitized and made public thousands of archival photographs, including the famous collection "The Farm Security Administration – Office of War Information". If you look at the pictures from this collection, you will notice that some of them are haunted by a big black void. These black holes are the handiwork of Roy Stryker who punctured the negatives with a hole-puncher.

The archival collection of photographs "The Farm Security Administration – Office of War Information" was produced in the 1930-40s as part of the economist Roy Stryker’s large-scale program aimed at documenting social and economic transformations in the USA. Roy Stryker was in charge of the project. He was responsible for selecting photographs, and he was the one to have punched holes through the negatives. When the photographers returned with their pictures, he would puncture the negatives with a hole-puncher if they were not to his liking and thus rendered them unsuitable for further reproduction.

Even if you compare all the photographs with a black void, you still won’t be able to understand the logic that Stryker used to determine which photos were killed. Perhaps an image was redundant or poorly made. Perhaps it failed to convey a socioeconomic truth according to his economic theory – Roy Stryker was an economist. Or perhaps he was just in a bad mood.

As a result, we have a very interesting collection of punched documentary photographs that were formally killed, but continue existing as part of the archives and arouse an avid interest from researchers. For example, Walker Evans’ poorly known works became part of Lisa Oppenheim’s artistic project "Killed Negatives, After Walker Evans".

Roy Stryker’s next documentary photography project was related to Standard Oil Company and lasted from 1943 to 1951. By that time, he had already relented. Hole-punching was not part of the killing process anymore. The killed negatives remained unaltered, but they were never catalogued or described. Their index cards contain Stryker’s inscriptions "kill" or "K" instead of the description. The killed negatives are boxed up in the Carnegie Library of Pittsburg, but remain hidden from the general public’s eye as they were not included in the general catalogue. You can find more details about the project in Allen Benson’s article Killed Negatives: The Unseen Photographic Archives.

The entire collection can be viewed on the website of the Library of the U.S. Congress as well as via Photogrammar, a tool developed at Yale University.

Based on the materials by Mashable and Bird in Flight.