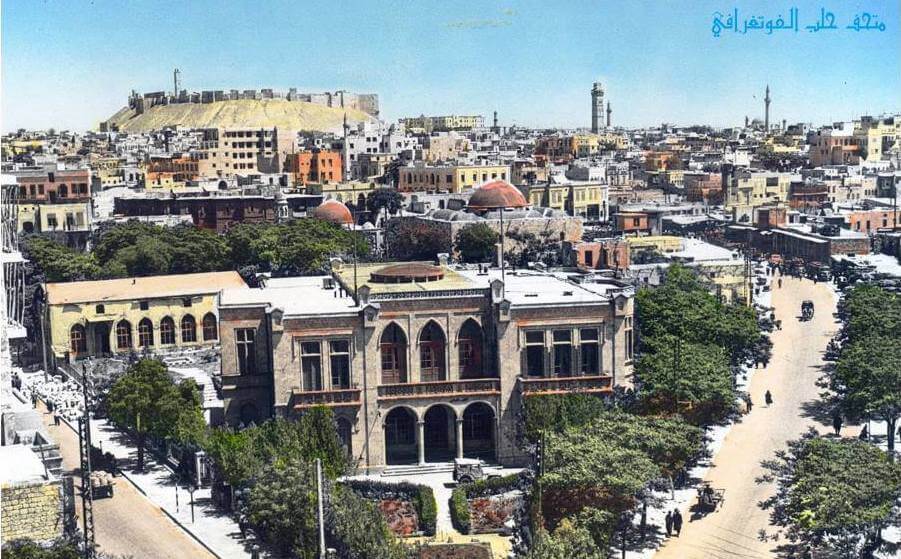 Aleppo’s inhabitant Alaa al-Sayyed has been building up a digital archive of his city for several years under conditions of war.

Alaa al-Sayyed delved into Aleppo’s past because of a fascinating discovery he made when he unlocked a sealed basement in his wife's parents' house. No-one had entered the room for years, possibly decades, and among the family memorabilia al-Sayyed found quite a large collection of photographic plates taken by the Wattar brothers – ancestors of his wife – illustrating scenes of daily life in Aleppo in the 1920s and 30s. As a result, he published a book, Aleppo's History in Pictures, and started researching the city’s past.

With the beginning of the war in Syria, Alaa al-Sayyed witnessed the destruction of several important libraries whose collections were lost forever and he was spurred into action. It became his mission with the help of several volunteers to save his city’s heritage and make digital copies of every historically important document and photograph he could find. They scanned everything from rare books and government documents to family records. Many of the materials al-Sayyed has digitized have since been destroyed.

The project was entitled the Aleppo National Archives and uses a Facebook page as a public showcase.

Today the city and its heritage are fully destroyed, but its image has been preserved owing to the initiative. Of course, there’s no way it can make up for the loss of human lives and freedom. The death of thousands of innocent victims of these tragic events remains an incontrovertible fact.

The story of Alaa al-Sayyed and his work was published by BBC.