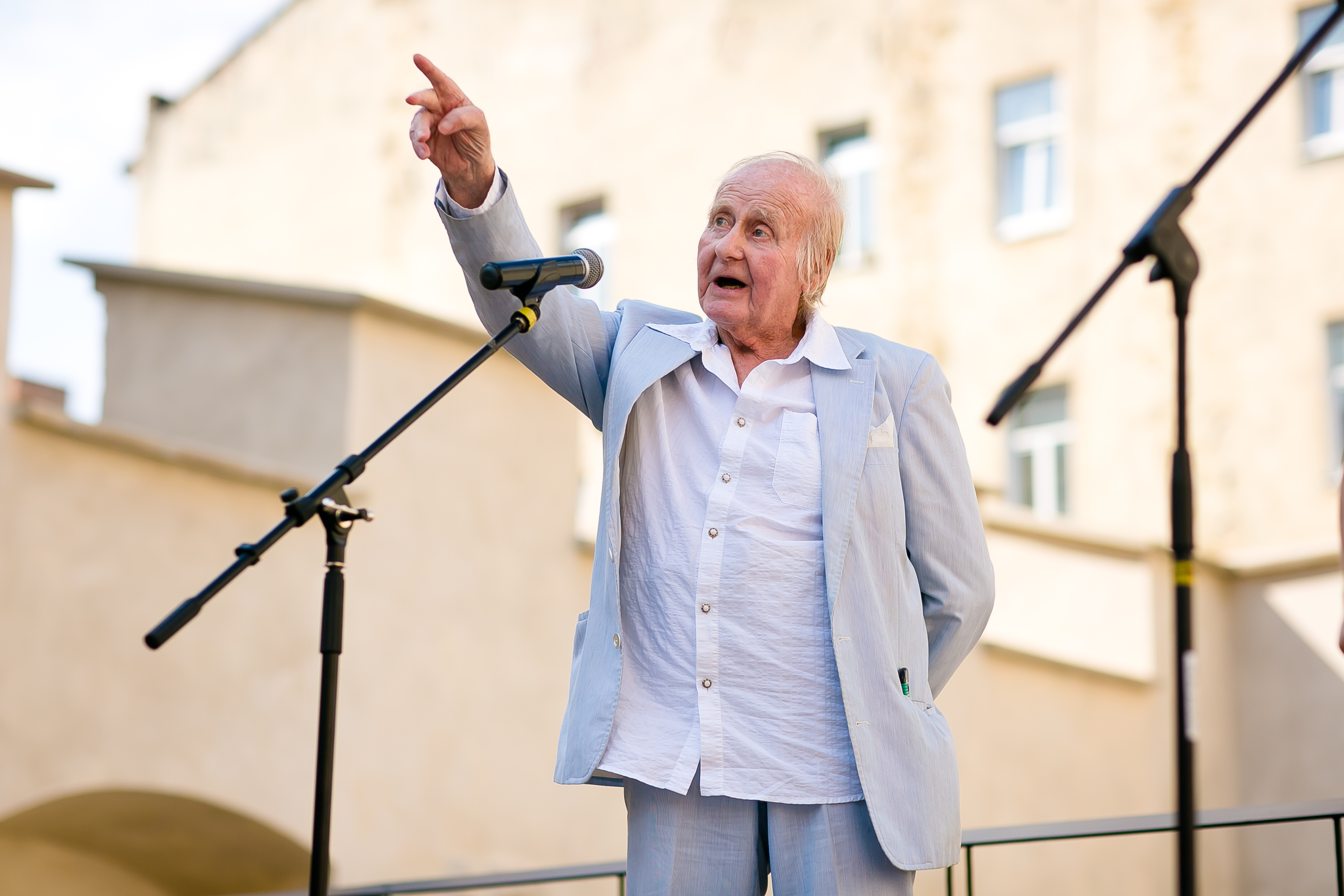 Along the Streets of the Lost Childhood: Leszek Allerhand and the Holocaust in Lviv

"...I was not destined to live my first adolescent passions and affections there, the hopes and dreams were a distant destination. Lviv has remained for me a city of games in a sandbox, of merry-go-rounds, of rocking horses, of my governesses dull care, a site of street fights with my mates where I would often get a blue eye. It was a place of my martyred childhood. I love this city."

Leszek Allerhand was born in 1931 in Lviv, to a family of Jewish-Polish intelligentsia. His careless and happy childhood was violently disrupted by the Nazi occupation. His father Joachim and his grandfather, a well-known professor of law Maurycy Allerhand, lost their jobs in Lviv University, their family apartment was confiscated, and in autumn, 1942, the Allerhands were forced into the ghetto. By coincidence, Leszek and his parents managed to escape. Along with his mother, the boy had to hide for over two years in Lviv, and run away from persecutions changing the shelters. The familiar streets of a home city contained many perils and became a place of continuous paralyzing fear and fragile hopes for rescue. Out of the 35 persons of the Allerhand family, the war was survived only by a 13-year-old Leszek and his parents. It is a rare, almost unique case when a child with both parents survived.

The city walk will tell you about the places of residence, hiding, and death of the Allerhand family in Lviv against the background of the city’s history in the 1920-40s. Special focus will be on the children’s experiences of war and extreme violence which is not possible to convey, but it can be brought closer – through personal memories and testimonies about the times.

It will be conducted by

The walk will be conducted in Ukrainian. Please indicate in a registration form if translation into English is needed.

City walk is a part of European Days of Jewish Culture.The event is a part of the program "Lwów, לעמבערג‎, Львів, Lemberg, Lviv’43: The City that did (not) Survive".

Сover Image: At the opening of the Space of Synagogues. Leszek Allerhand points to the house he used to live in. September, 4, 2016 / Iryna Sereda