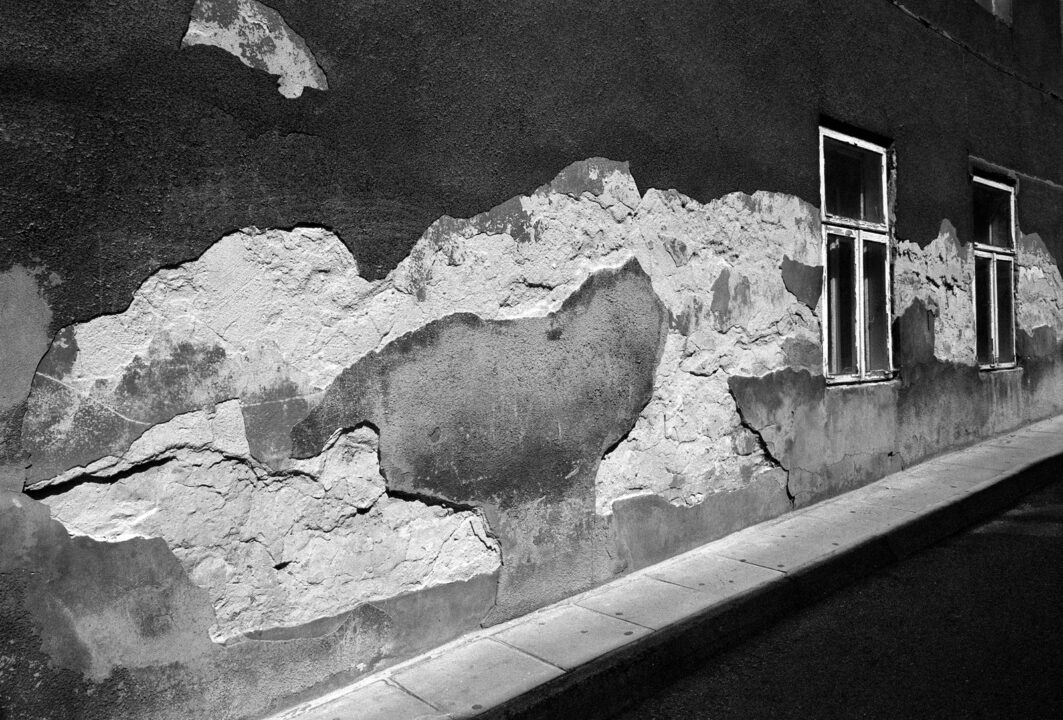 Tadeusz Rolke’s exhibit attempts to symbolically reconstruct the secret, surprising in its spirituality and philosophy, world of Chassidic Jews. As is commonly known, the territory of their activity was the old lands of the Rzeczpospolita.

The works of Tadeusz Rolke are modern photos, taken in places to which Chassidic Jews tie their history, where they lived and resided. Not always is this a place of historic importance, like, for instance, the grave of the Baal Shem Tov in Ukraine.

Small towns, the typical Jewish "shtetl" like Kotsk, Mezhyrich Podliaskii, Rumaniv, Kozenitse, Pshysuha, fragments of buildings of large congregations (for instance Lublin), places that seem as if they were physically tied to the presence of Chassidic Jews, these are the main things touched by their history. Tadeusz Rolke in a particular way continues the documentary recording of that which another photographer, the now-deceased Roman Vyshniak, was able to record before the very beginning of the Second World War in his works. The difference is that in the photographs of Tadeusz Rolke, the people are no longer alive, there is only a very delicate attempt to document a certain climate, the symbolic existence of something no one previously could have foreseen, but which, along with the incessant emergence of time, will once again separate and disappear.

Tadeusz Rolke is European. But before anything else, he is a photographer and a Pole. He was born not so long ago that he couldn’t, in his own experience, feel the tragedy which befell his homeland in the last century. Because of this, he has a special relationship with history. If he hadn’t become a photographer, then he probably would have been a historian, or someone who narrates history. In this book, in meditating the photographs, he shows a vanished world, talks about the history of Chassidic Jews, who for centuries formed the picture of Polish villages and towns of south-east Poland.   The Nazi genocide put an end to their presence in the region.

Over the last 15 years, Rolke travelled the border regions of Poland and Ukraine in search of traces, which are slowly disappearing. The result of that search is hundreds of photographs, a selection of which we are presenting. This is a recording of history with the help of photographs.

From the Introduction to the book "We Were Here. The Last Marks of a Disappearing Culture.
Publishing House "Edition. FOTOТАРЕТА"
Berlin-Warsaw 2008