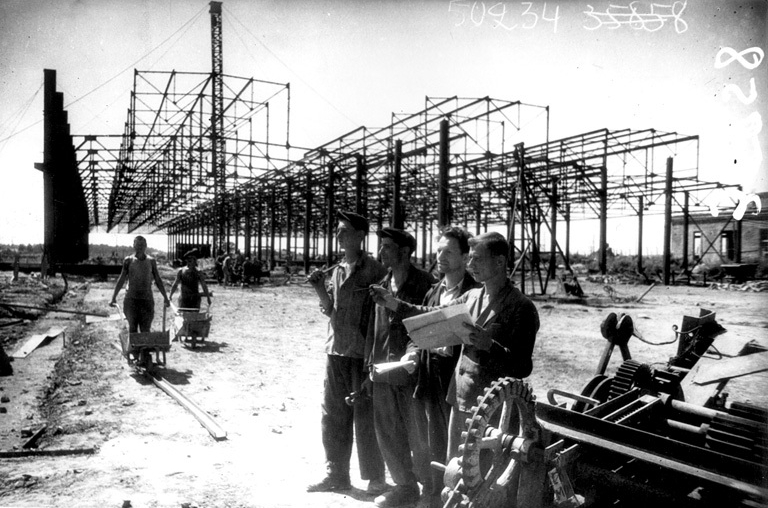 The Faces of Industry

Most modern cities in Ukraine have a significant industrial heritage. In some cases, it is dominant in the urban space while in others it is marginal, but regardless of the treatment of this heritage, it is difficult to deny its presence in the past or even present life of the country, region, settlements, and individual people.

Pipes breathing black smoke is a common image of the industry in the urban landscape. Smoke, which can encompass the picturesque landscape around a factory or plant, also obscures the complex and controversial history of Soviet industrialization. And if the outlines of the workshops or waste heaps, due to their bulkiness are capable of emerging from this smokescreen, human faces usually remain unnoticed.

"The Faces of Industry" was meant to present a slightly different view of the workers and industrial history, show a wider context of the phenomena that we often perceive as inherent to certain regions, such as the Donbas.

The mini-exhibition "Faces of Industry," based on materials from the Urban Media Archive, is on display at the conference room of the Center.