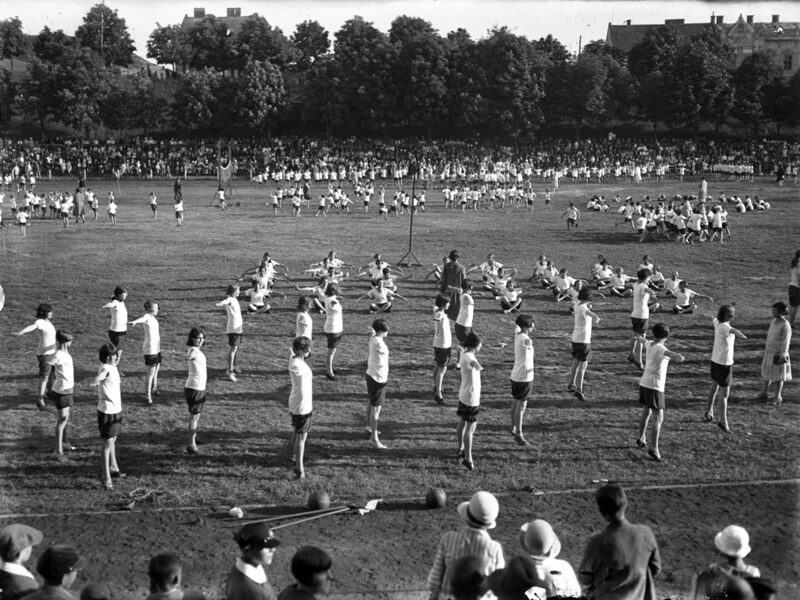 The exhibition traced the history of sports in Lviv throughout the last 150 years: the beginnings of sports in Europe, and particularly in Lviv; how our ideas about sports have changed; how new types of sports emerged; the connections between sports and nationalism, sports and government, sports and commerce, sports and globalization. Particularly interesting, given the context of EURO-2012, is the question of fan culture and the potential of sports mega-events for the city. This exposition allowed viewers to more deeply understand the practices connected with sports and to formulate their own answer to the question, "What was sport, and what is sport today?"

The exhibition space, thematically divided into 5 sections, opened with the theme, "Sports as Social and Cultural Practice: History of Transformations." We presented the history of sports as a history of modern social and cultural practices. The next section, "Sports in the Multi-ethnic City, 1861-1939," focused attention on Lviv itself. Local historical materials connected with the history of the city's three communities - Ukrainian, Polish, and Jewish - showed how sports factored in the forming of new identities. At the same time, this section detailed the formation of the urban sports infrastructure, the involvement of sports in the mobilization of society, and sports events as mass celebrations.

rt and War," examined sports in the conditions of military conflict - during the First and Second World Wars. The following section of the exhibition, "Sport in the Soviet City, 1944-1991," explored the notion of physical culture, the social status of Soviet athletes, and also how international sports competitions were used in Cold War political struggles, all on the example of Soviet Ukrainian Lviv.

The exhibition concluded with the section "Sports in the Global City," which was dedicated to athletic mega-events as impulses for infrastructure development. Our attention focused here on the preparations for the EURO-2012 in Ukraine and Poland, as well as on the 2012 summer Olympics in London.

The exhibition "Sport and the City: People. Society. Ideology" united traditional representational methods of photographs and videos with the latest multi-media technologies.

Exhibition materials are presented in Ukrainian and in English.

In connection with the exhibition we held a series of lectures, round-tables, discussions, film presentations and an educational program for children.

Accompanying the Center's exhibition, students of three Lviv schools (No. 3,10,24) organized a mini-exhibition, "Students of Lviv Schools: Sport-City-School," in the format of stands describing the various aspects of our city's sports history, celebrated athlete-graduates of these schools, and their athletic achievements.