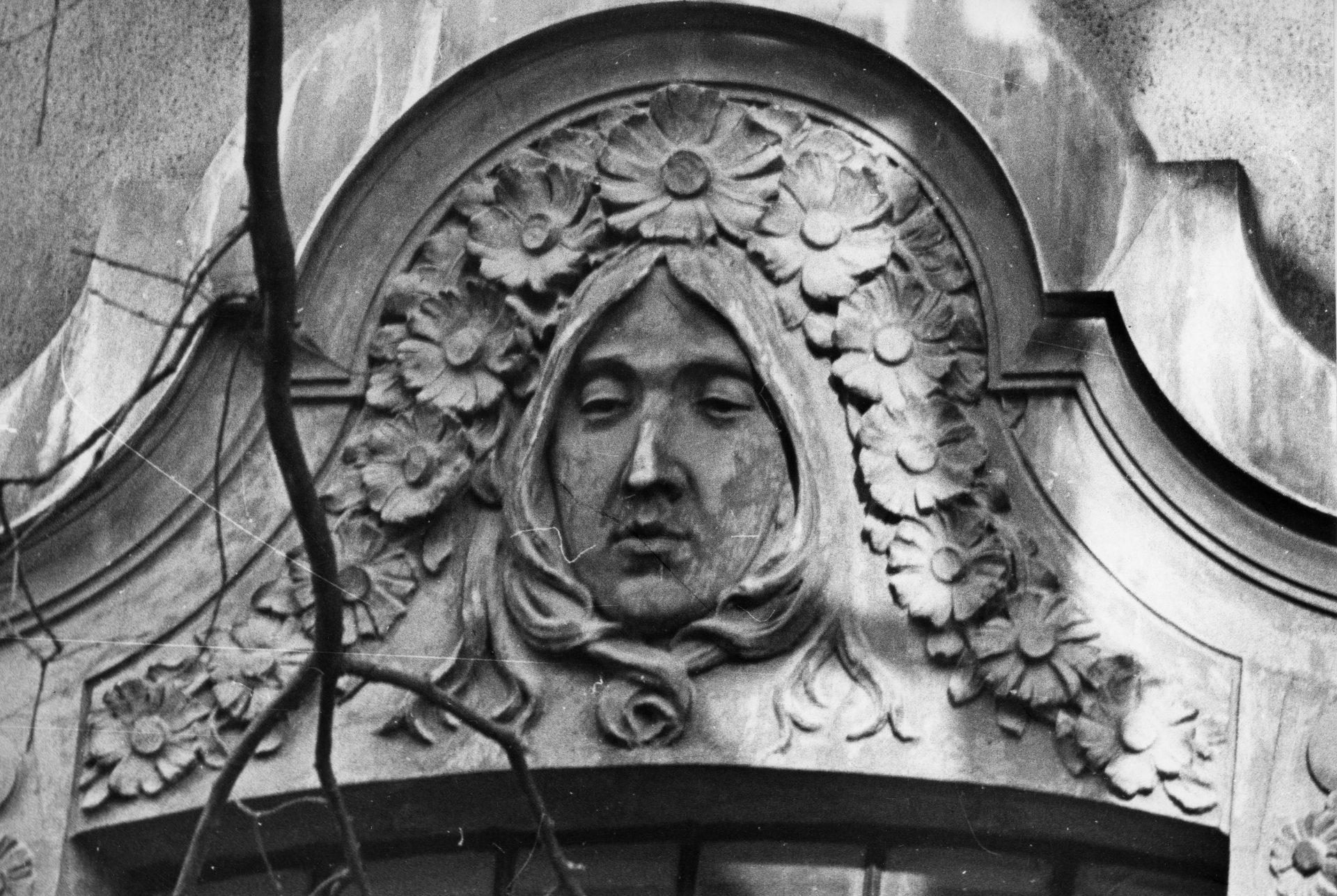 The exhibition was organized as part of the Days of European Heritage which this year focuses on the architectural and artistic heritage of the Secession style of the 1890-1901's. Mascaron ornaments — the human faces or heads of animals or mythical creatures — are spectacular elements of this style that were often used as accents on building facades. The author of the photographs is Tanas Nykyforuk (1928-2009); his extensive photographic collection of Lviv's architecture, from the second half of the twentieth century, was recently transferred to the Center for Urban History and now complements the Center's Urban Media Archive Collection.

Lviv, being the capital of Galicia in the Habsburg Empire, steadily developed during the 19th century, especially at the end of the 19th century and during the beginning of the 20th century. It was at this time that the city becomes modernized; electricity and central water supply are introduced as well as other public conveniences. The Secession style also developed at this time and declared a new approach to architecture. It rejected the academic traditions of copying architectural designs from past eras, and instead sought new approaches which would allow innovative building materials to lead to new construction and planning methods and original décor.

The architectural heritage of Secessionist architecture is very rich in Lviv and is represented not only in residential architecture but also in public and industrial buildings. Overall Secessionism is a diverse style that incorporated the influences and motives of historic styles that were specific to the countries of Europe, the Middle East or Japan. This is brilliantly illustrated by the mascaron ornaments which include the faces of women, often surrounded by flowers, grotesque mythical creatures, ethnographic representation of peasants and other depictions.

Secession mascaron ornaments often have a unique design; the designs are not copied. However, these elements are fragile and completely disappear when facades of historical buildings fall into disrepair. The exhibition presents selected mascaron ornaments presented as large format photographs. This allows the viewer a closer look at the details as often the mascaron is located at a considerable height. The aim of the exhibition is to draw attention to the Secession heritage in Lviv and to those architectural landmarks that are not located in the historic city center, but within walking distance.