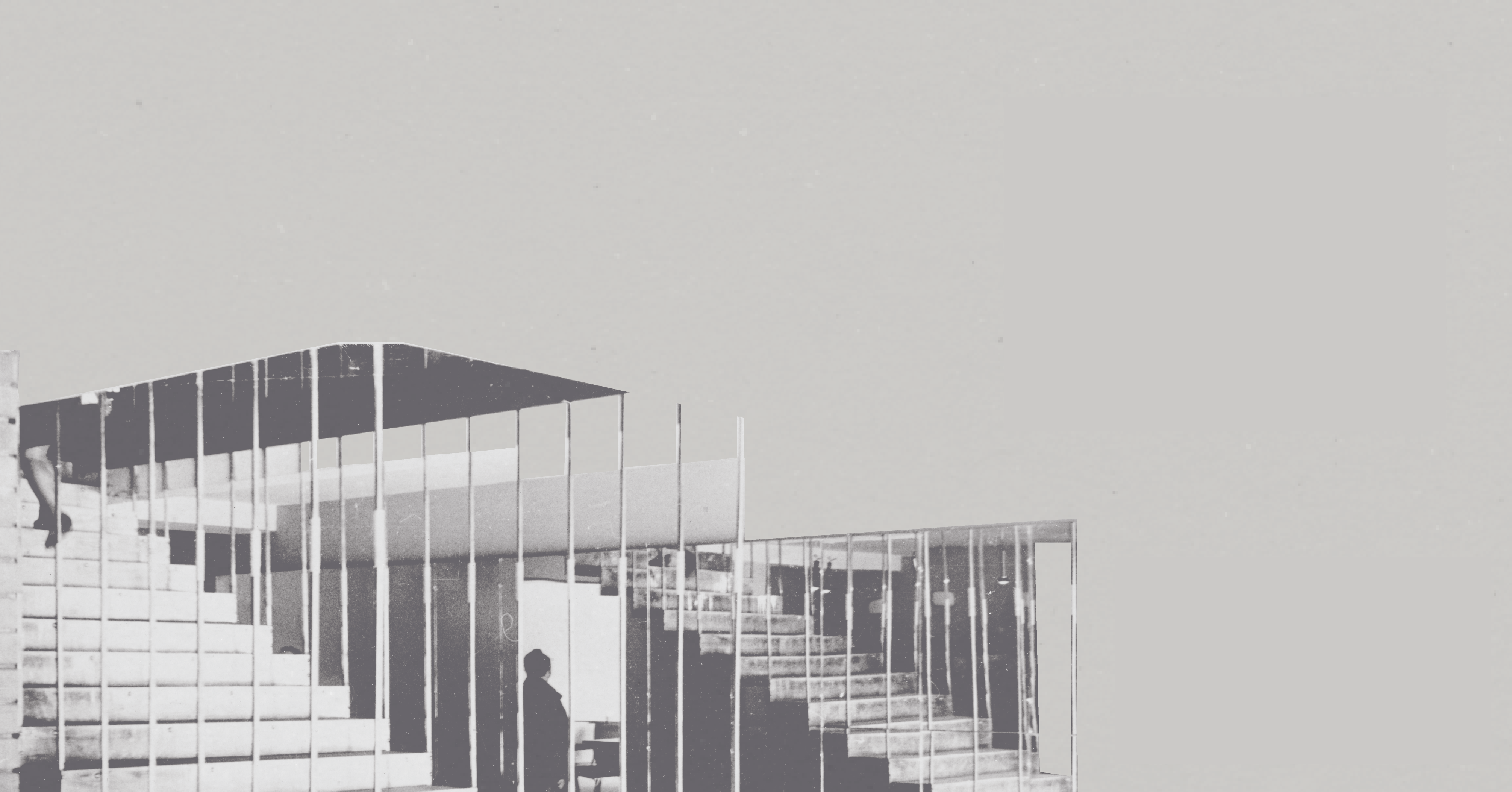 The exhibition "Phototecture of Modernism" is a way to combine in one display experiences of perception of architectural objects by eight authors. From the starting point of each of the authors, we tried to explore the "distances" – professional, emotional, personal, temporal, and media, — towards the architectural objects. The total of distances represented with the help of visual and audio lines, and they make a complicated polyphonic "fabric" of Modernism.

The exhibition is there to rethink the results of the same-name workshop on architectural photography that took place in July and October 2018, at the Center for Urban History. It was based on the materials from the private archives of the Konsulov family. The archives are being digitalized as part of the Urban Media Archive project by an architect Kateryna Konsulova, a grand-daughter of the family of architects Muza and Anatoliy Konsulov.

The modernist architectural heritage of Ukraine is part of the pan-European trend in the second half of the 20th century. At the same time, it remains under-explored by a professional coterie, underappreciated by human communities, and unprotected by monument preservation institutions. Lviv has a unique Modernist landscape. Due to lacking critical evaluation, it is still not treated as heritage, while behind the façades of Modernist buildings, there are still undiscovered local contexts, personal stories, and professional collisions.

When emotional distances are small but the object is not yet known, artistic subjective rethinking allows to show something that is hiding behind the seemingly simple architectural forms. The exhibition "Phototecture of Modernism" is an attempt to render the subjective experience of the late period Lviv Modernist architecture by eight authors with different professional identities who are related to architecture, culture, journalism, theater, photography, etc. The objects of their art reflections are the projects by the couple of architects Anatoliy and Muza Konsulovs. They used to live and work in Lviv after the Second World War. The architectural objects they designed are important for the city and are well familiar to Lvivians. The exhibition combines different and often contrasting interpretations of architecture with the help of visual and audio sequences.

The team working on the exhibition: