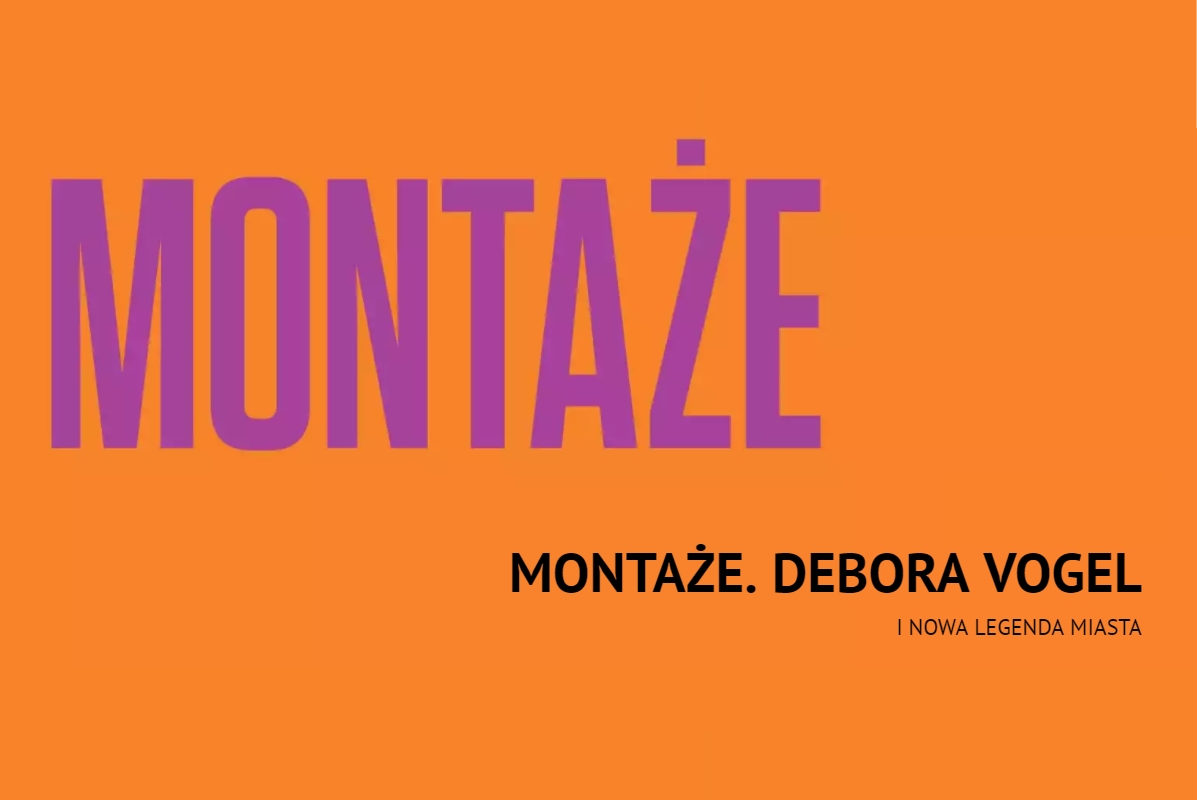 Montages: Debora Vogel and the New Legend of the City

The exhibition project presents the aesthetic concepts and creative work of Debora Vogel (1900–1942) – a now rediscovered writer, critic, and art theorist, as well as their connections to the practices of the interwar Avant-garde. These connections are visible in work by members of Lwów's "artes" and the Kraków Group and by individual artists, including Katarzyna Kobro and Władysław Strzemiński. Debora Vogel was not only an untiring promoter of new concepts of art, valued by artists as the creator of a theory of montage and photomontage, but also the author of radical attempts, formulated in Polish and Yiddish, to translate the visual experience of avant-garde practices into literary language.

Another dimension of the exhibition is the modern city, its heterogeneous spaces and their iconosphere. The city is understood here as a sphere of experience stimulating Modernist reflection on perception and its related practice of montage, as well as the stage upon which the spectacles, tensions, and conflicts of modernity play out, as observed, illuminated, and inventoried by Vogel and the artists close to her. The paradoxical, for in a sense peripheral, centre of the exhibition is Lwów, where Vogel lived, the focal point of her "private geography." It was here that she created her most important works, here that she exercised her "matronage" over the "artes" group, in whose circle photomontage was born – one of the most original phenomena in Lwów's art of the time – and it was from here that she embarked on her expeditions to modernity's metropolises. Here she was murdered during the liquidation of the Lwów Ghetto in August 1942.

The exhibition’s layout creates a composition of places, scenes, and cities connected to the writer's life and her creative development. It mirrors the most important threads of her work and thought. First of all the principle upon which the montage technique – both literary and visual – is based, as well as the concept of "the constant transformation of form" in art and in life. Vogel's thought grows out of urban experience and feeds on reflecting upon it, and so the exhibition's arrangement offers the experience of blending into the space of the street, with its heterogeneity, discontinuity, and polysensory nature.

The exhibition uses works by artists, documents, artifacts and photographs. Some of the documentary materials were provided by the Urban Media Archive of the Center for Urban History in cooperation with the initiator and curator of the exhibition Andrij Boyarov. The materials come from the funds of the State Archives of Lviv Region and the private archive of Natalia Otko. In turn, this collaboration the Urban Media Archive enriched with photographs and documents from the collections of Viktor Garbuz, Sonya Engström, Anna and Vlodko Kostyrko and received a documentary film by Wojciech Grabowski about the group "artes" as well as works by Józef Koffler performed by Ostap Manulyak in Lviv National Music Academy.