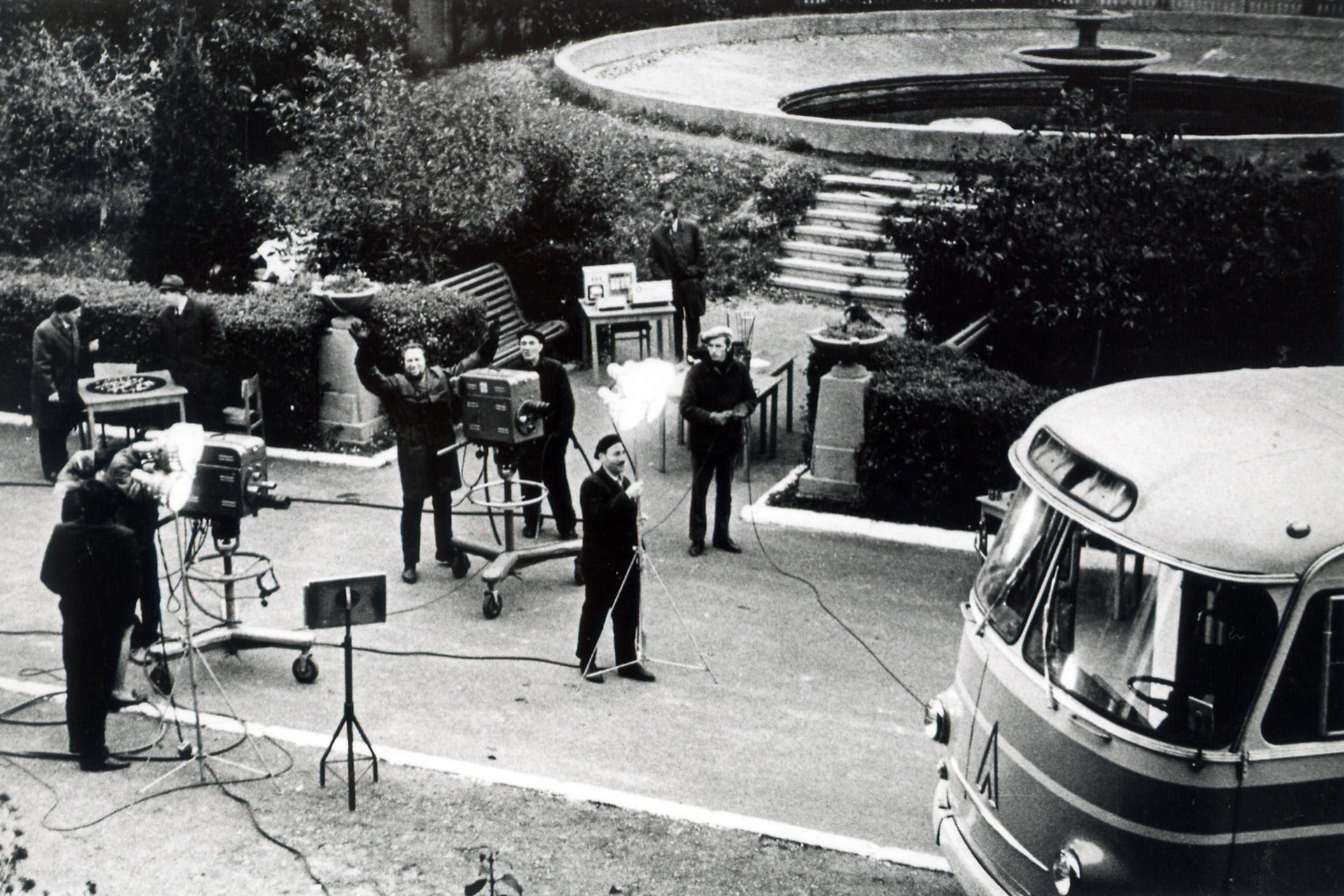 Informed and Broadcast by Lviv

The exhibition is telling a story about television in Lviv over the last 60 years – from the moment of installing a television tower to producing own television films and their broadcasting on the national level. 60 years ago, a television tower was installed over Lviv, on the High Castle mountain. It marked the launch of television broadcasting. At the same time, production of TV sets was launched in the city. They started filling the private places. A new media-era started.

Lviv was famous for its TV set production factory. They manufactured TV sets for all of the Soviet Union. The cost of each TV set accounted for the cost of TV broadcasting. In other words, television was partially funded at the expense of producing television equipment. Lviv television was broadcasting locally and covered the area of western Ukraine, but the TV programs produced in Lviv could also sometimes get to a national and union scale. The Lviv television broadcast musicals, concerts and music shows, thus discovered many popstars of the time, such as the Boyko sisters trio, a.o. Television was also a tool for propaganda and reformatting of historical past. It presented the transformation of the city in a Socialist-oriented manner.

Watching TV was an important activity in the life of the city and its citizens. Many citizens would get together to the outside broadcasting points in the streets. People were visiting each other to watch TV. It was the way to socialize, communicate, have fun and learn about the rest of the world in a different way.

Over the 60 years, many things have changed. However, the television tower is unchangeably standing in Lviv. They would even label it a "Lviv Eiffel Tower". It is still used to broadcast local news and TV programs. Due to the recordings of Lviv TV station and the videos digitalized in the Urban Media Archive, we can still watch historical newsreels.

The exhibition is the outcome of a long-term project of the Urban Media Archive to digitalize video materials from the archive of Lviv television station.

It is also supported by a media installation with the old TV set to broadcast local news of the 1960s during the "Urban Workshop." It is part of the events and activities planned in the program of Urban Media Archive

Exhibition prepared by:
Texts by head of Urban Media Archive Bohdan Shumylovych
Selection of visuals, texts by аssistant of the Urban Media Archive Oleksandr Makhanets
Design by designer of the Center for Urban History Andriy Linik
"Museum of the City" Oleksandra Provozin – logistics

On the basis of the materials from the Urban Media Archive.

Organized by: Museum of the City (Lviv Municipal Company "Center for Tourism Development of the city of Lviv") and Urban Media Archive.