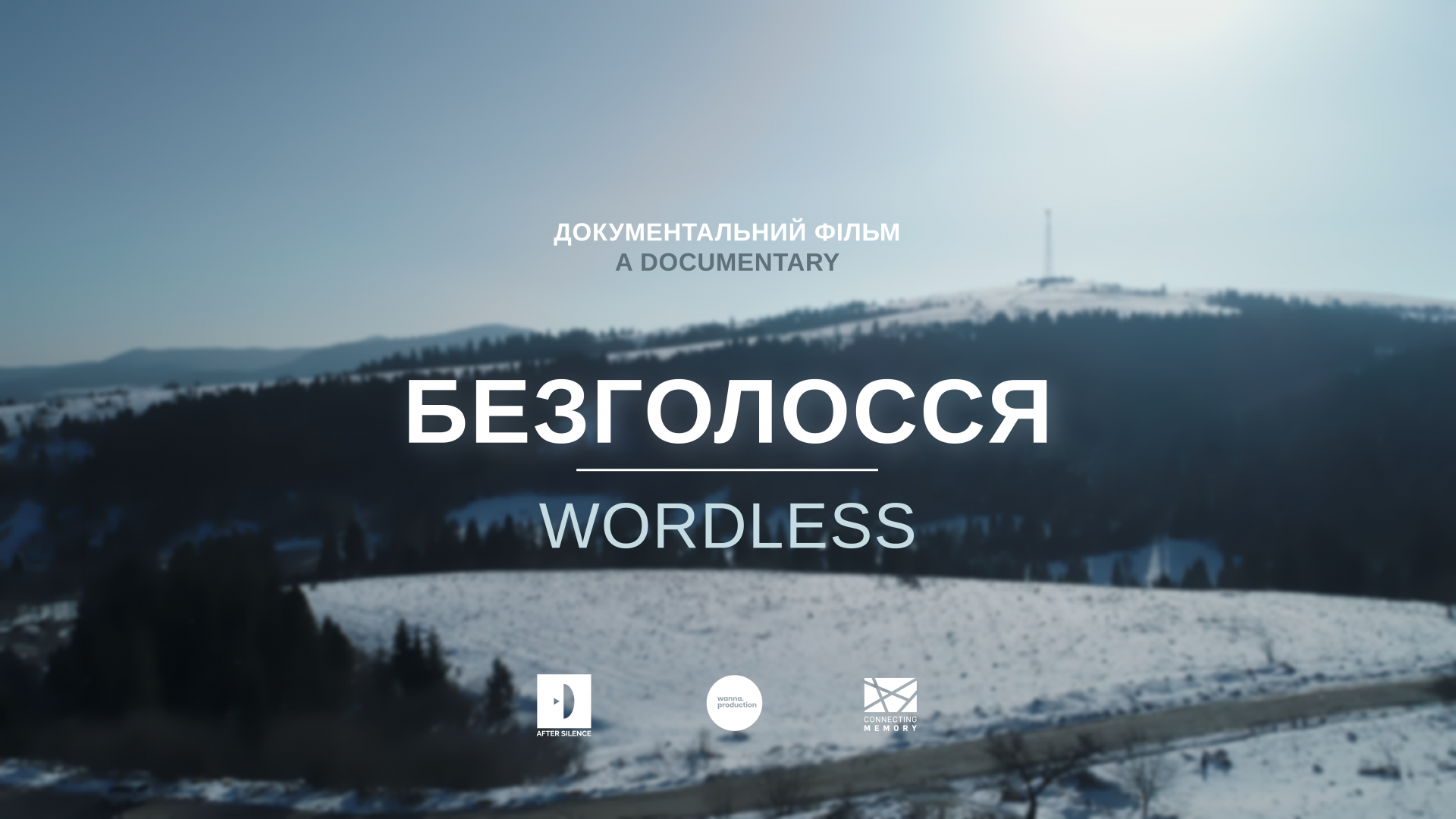 First Screening of the "Wordless"

Welcome to the premiere screening of the "Wordless" documentary and to the discussion of memory issues related to the Holocaust in present-day Ukraine.

Contemporary discussions about the Holocaust memory in Ukraine mostly focus on memorialization issues of Babi Yar in Kyiv. They usually do not mention other mass killing sites such as the terrains, forestlands, or valleys in the suburbs of many cities and towns.

One such place is the Turka town in the Lviv region. Before WW2, Jews were the most numerous ethnic group in the town, covering over 40% of the population. It is uncertain how many of them managed to survive during the Holocaust but at least several dozen succeeded. All others were murdered. Today, there is not a single Jewish person living in Turka.

The "Wordless" documentary is the outcome of field research into the Holocaust history in Turka. It is the intertwining of the voices from the past and the present when the footage of the early 1990s urban space and from today is interspersed with the stories of local citizens who are still carrying the memory and post-memory about their Jewish neighbors. It is the introduction into a broader discussion about Jewish heritage in Ukraine and the non-Jewish memory about the Holocaust.

The film was made in 2021 by the "After Silence" NGO, jointly with the Wanna production. It is a part of the "Memory Network" project of the "Memorial to the Murdered Jews of Europe” Foundation, supported by the German Ministry of Foreign Affairs.

The event is organized in partnership with the Center for Urban History.