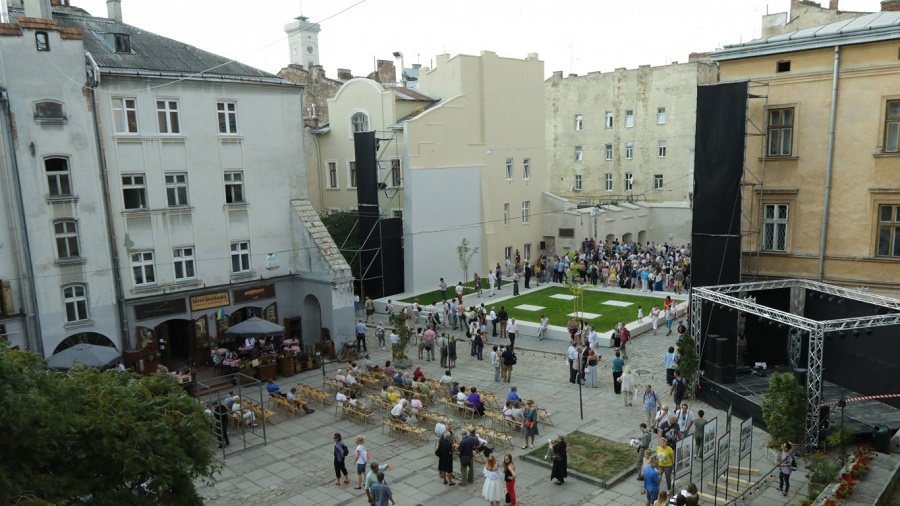 The first part of the "Space of Synagogues" project opened for the public. The formal opening of the memorial site started at vul. Staroyevreyska, 41. The opening ceremony was attended by descendants of Lviv Jewish community and the Lvivians surviving the Holocaust, representatives of international organizations and embassies, members of Jewish communities and organizations, representatives of cultural and educational milieus of the city, officials, citizens and tourists. The event took place as part of European Days of Jewish Culture in Lviv.

The opening of the memorial concluded a lengthy process of discussions, studies, and joint work of experts, municipality officials and representatives of Jewish communities in Lviv and beyond. The goal of the long-term cooperation was to commemorate Jewish history in Lviv and raise awareness of shared urban history and common heritage in the city. We managed to finalize the first stage of the project due to joint efforts of Lviv City Council, Center for Urban History of East Central Europe and German Society for International Cooperation (GIZ), as thanks to Ukrainian and international Jewish organizations. Therefore, on September, 4, 2016, the guests of the opening ceremony saw the conserved remains of the Golden Rose synagogue, the marked site of the Beth Hamidrash, the House of Learning, and memorial installation Perpetuation. The three constructs made up the "Space of Synagogues" site. We do hope the project would foster new initiatives to commemorate important but still neglected historical sites in Lviv.

After the official opening at an adjacent square there was an open reception for all the project friends and supporters.