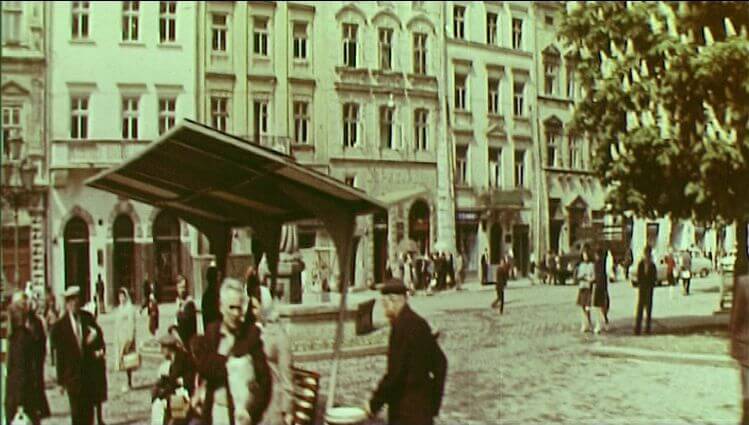 The "Municipal Development and Renewal of ‘Old Lviv’" project in conjunction with the Center for Urban History’s "Urban Workshop", offered a screening of short documentary films about Lviv.

Included in the program were screenings of the films "Soviet Lviv", "The Cup is In Lviv", "Good Day, Lviv!", "Around the USSR in 10 Minutes. The Ancient City of Lions", "With a New, Free Family...", "Lviv: Market Square", "A Drive to Ukraine", "Matching Depots", "Festival of Friendship". These shorts about Lviv were shot by the Kyiv "Ukr Kino Chronicle" Studios between 1947 and 1975.

We traveled along with the makers of these promotional trailers as they toured Lviv following its liberation from Nazi forces, moving from historic Market Square and around the center of the city. We saw our city through the eyes of soviet documentarians and learned the story of Lviv’s Festival of Friendship, watching as the city celebrated its 30-year anniversary as a part of Ukraine. In addition to these sanctioned representations of the city’s past, we’ll see (we saw) episodes of a trip to a barber’s college in 1970s Lviv, and a paean to the city’s "Karpaty" Football Club USSR Cup victory.

The "Urban Workshop" pavilion occupies a space on Market Square’s east end, and during the month of June it hosted a variety of City Council events organized principally by municipal civil organizations and private projects.

The objectives of this year’s "Workshops" were the enlistment of the wider public in the city’s development, and the promotion, appropriation, and progressive use of public space, as well as the advancement in understanding of the city’s priceless historical residential sector, and the preservation of this historical legacy and its residential function in the city center.

Events planned for the "Workshops" were designed for differing age and social groups, and addressed a wide range of topics focusing on urban life.