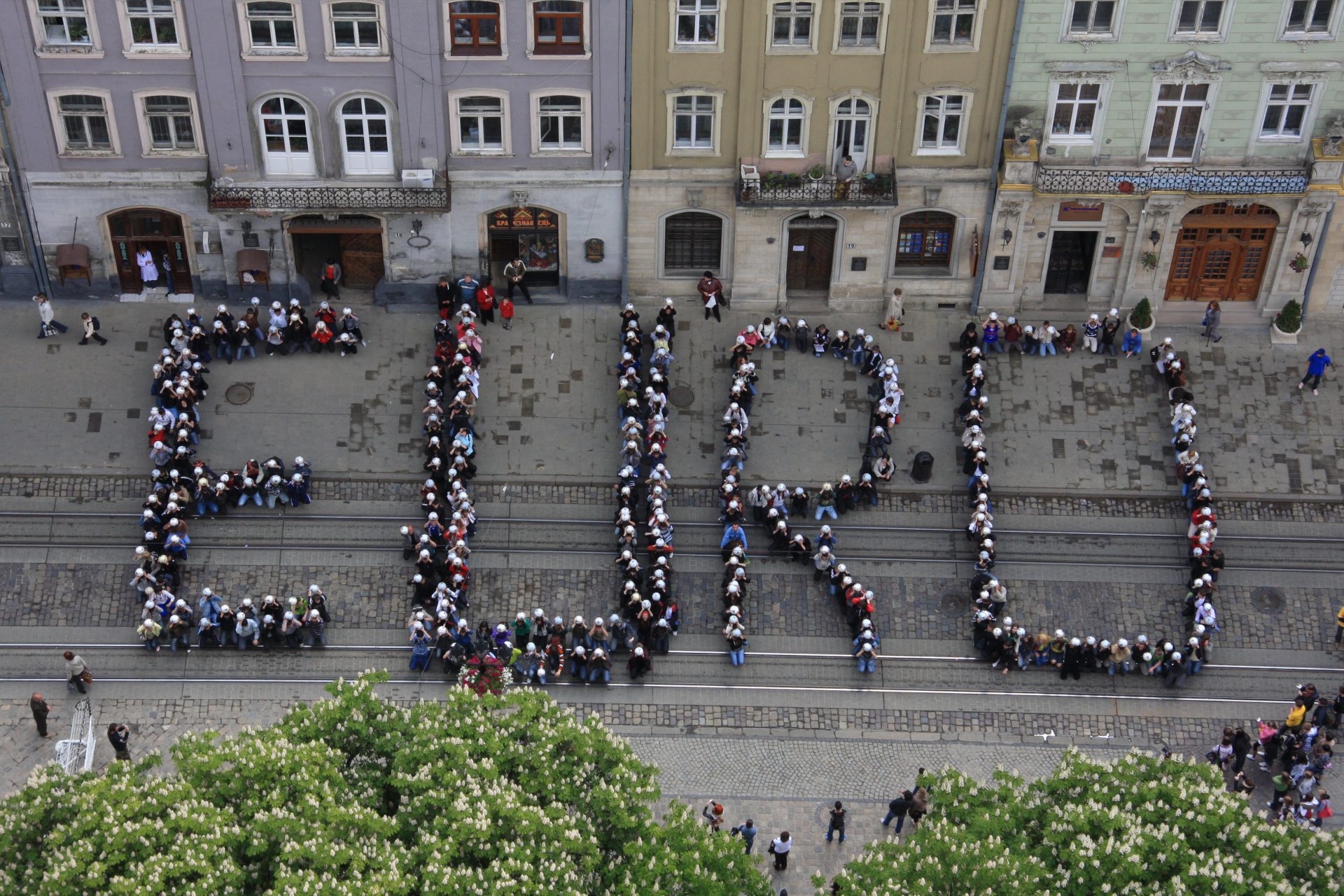 Mega-event. City. Possibilities. The experience of the recent football championship EURO-2012, hosted by Lviv and Gdansk among other cities, offers an opportunity for not only analyzing this specific event and its meaning for the cities in question, but also for addressing more general questions. Our conversation will touch on the experience that the societies of Eastern and Central European have recently acquired: experience that is new, interesting, and difficult. How can we build expectations, and set goals that are perhaps beyond the scope of current possibilities but create a space for growth - and not frustration and disillusion? We will also discuss various aspects of the "mega-event" format and attempt to examine these phenomena in the context of the countries, cities, and societies of our region: Central and Eastern Europe. Who and what decides whether an event is MEGA or not? Could an international film festival, or an international biennale of contemporary art be a mega-event? Do mega-events happen in a city only once (at most twice with a great interval)? Or, on the contrary, with the broadening of geographic horizons of country-participants and city-participants - especially the inclusion of the countries of Eastern and Central Europe - can we also speak about a broadening of the concept of the mega-event itself? Could we designate a particular event as MEGA simply because of its effect on the city and societies where it takes place?

Moreover, what can we demand from a mega-event? If it's a formula: spectacle + something else, then who can define what that "something else" could be, and how can they define it?: infrastructural solutions, emphasizing existing social problems, impulses for positive growth of particular cities and regions, possibilities of presenting cities and countries in a new way; emphasizing the importance of principles of transparency and overcoming practices of corruption, tolerance towards the "other" and not xenophobia.

How does mega-event change relations between the capital and the regions, and relations between the local, national and global players and participants? Put simply: what does the hosting of such events mean for all participants: from the global players and international organizations, transnational companies, and governments all the way down to the regions, cities, large and small businesses, spectators and inhabitants of host cities?

If the hosting side is a city (or cities) - what is the dynamic of relations between city/region, state/center and global international organizations? What are the levers of influence for each and how is cooperation created between organizations of various levels of experience, size and authority? Is such a complex event also a moment for re-thinking the private-public partnership? What does such an opportunity mean for business and for citizens?

What does the intense media focus mean for city inhabitants: a breaking of residents' customary ways of life, a new critical view from the outside, or a basis for the appearance of local pride and perhaps a possible strengthening of ties between people and city?

In our discussion and general conversation with the seminar participants we will try - in view of the fact that certain time has passed since EURO-2012, and from our experience with other events - to think about what the possibilities are, who makes use of them, and how to widen those possibilities. In the framework of this discussion we invite critical thinking about what a mega-event actually is: what are the risks and can we achieve as much in another way? We hope that it is precisely this critical approach and ability to fully reflect on the lessons we have learned that will create a foundation for development and transformation of the mega event - and together with it, both the societies and cities where these events have taken place, are taking place, or are planned to take place in the future.

We have invited Vice-Mayor for Humanitarian Issues, Lviv City Council Vasyl Kosiv, advisor to the mayor of Gdansk Mariusz Czepczynski, director of the German Society for International Cooperation (GIZ) in Ukraine Holger Neuweger.

The discussion was the final event of our international workshop, "Mega-events in Eastern Europe," which took place at the Center from 29-31 October, 2012.