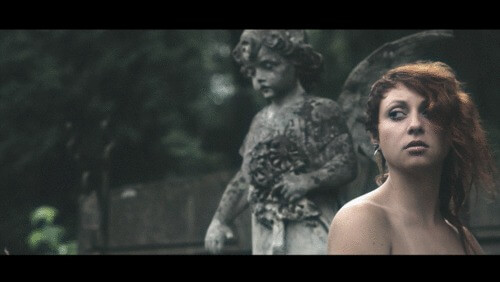 Center hosted a presentation of the project "Glocalization in the United States and Ukraine through Contemporary Art, Music, Dance, and Performance Art" and a screening of the short artistic film "Post Omnes Leopolis". The project led by its creator – producer and screenwriter Hryhoryi Shamborovskyi – and by members of the "Glocal Leo Art" research group.

"Glocalization" is a new term to designate the concept of global localization, a global worldview adapted to local conditions. The idea derives its meaning from the Japanese understanding of "dochakuka", or "to live on one’s own land", which deals with the adaptation of farming techniques to local conditions. Use of the term expanded during the 1980s, especially in the sphere of marketing, from where it spread to the fields of economics, sociology, and cultural studies. Today, the interrelation of globalization and national and ethnic cultures is an inescapable reality. Central to the concept of glocalization are decentralization and a "just" world. Glocalization models spring up as self-organizing networks of cross-cultural communication.

The project creator utilized a talented young team in his quest to develop the concept of glocalization in Ukraine. His objectives: to introduce and promote the development of contemporary Ukrainian art in the United States and Ukraine; to draw and stimulate young performers, actors, artists, musicians, and researchers toward international cooperation in the fields of culture and science; to develop and implement the concept of "glocalized" projects employing the cultural, human capital represented in recent graduates of higher education institutions.

Recommended to admirers of art-house film, "Post Omnes Leopolis" is the result of a project stemming from the cooperation agreement between Kyiv’s Modern Art Research Institute and Washington D.C. based Kennan Institute. The agreement provides for "Days of Ukrainian Cinema" to be held in Kyiv, Lviv, Washington D.C., New York, Boston, and Philadelphia. The newly-formed, independent art research group "Glocal Leo Art" is leading the current project. Group participation is voluntary and open to all culturally involved, talented artists and researchers.