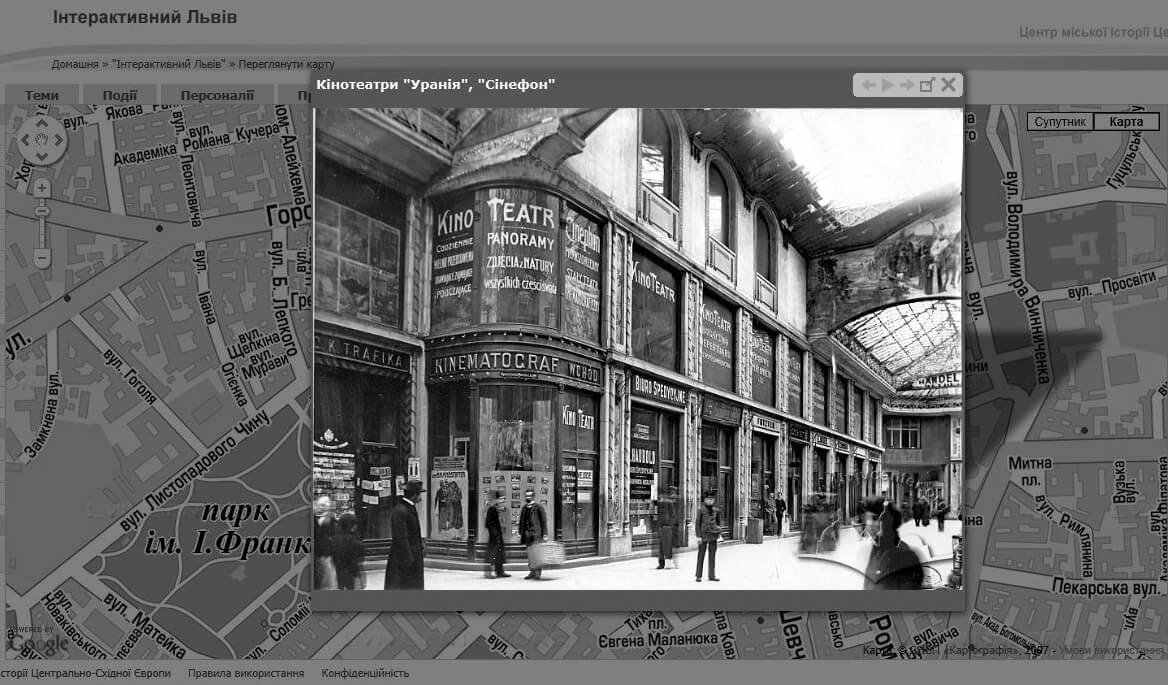 The presentation of the project "Lviv’s Cinemas": Studying the Lviv Cinescape on a Interactive Map took place.

The presentation discussed the "Lviv’s Cinemas" project, which was implemented as part of the Center’s "Lviv Interactive" (LIA) project. We demonstrated the possible uses of the interactive map, as well as of the large photographic collection of the "Urban Image Database" (UID) project. Oksana Lepak presented the results of research undertaken as part of "Lviv’s Cinemas." Oksana Dudko and Roman Lozynskyi have also participated in the presentation.

"Lviv’s Cinemas" intends to reflect the inception and development of Lviv’s "cinema scape" on an interactive map of the city. The first task of the project is thus to collect and show information about the location of cinemas, the architecture of the buildings that contained them, and their subsequent adaptations; the changes of cinemas’ names, owners, and repertoire. The project’s chronology begins with the first film screening in Lviv in 1896, and extends to the present day. This database allows us not only to see how film screenings changed urban life and became its integral part, but also to show the links and mutual influences between the city, society, the state, and the film industry. The projects next objective is therefore to study cinemas as places where the cultural, social, political, and economic history of the city intersect, as institutions that show the impact of local, regional, national, and global contexts.