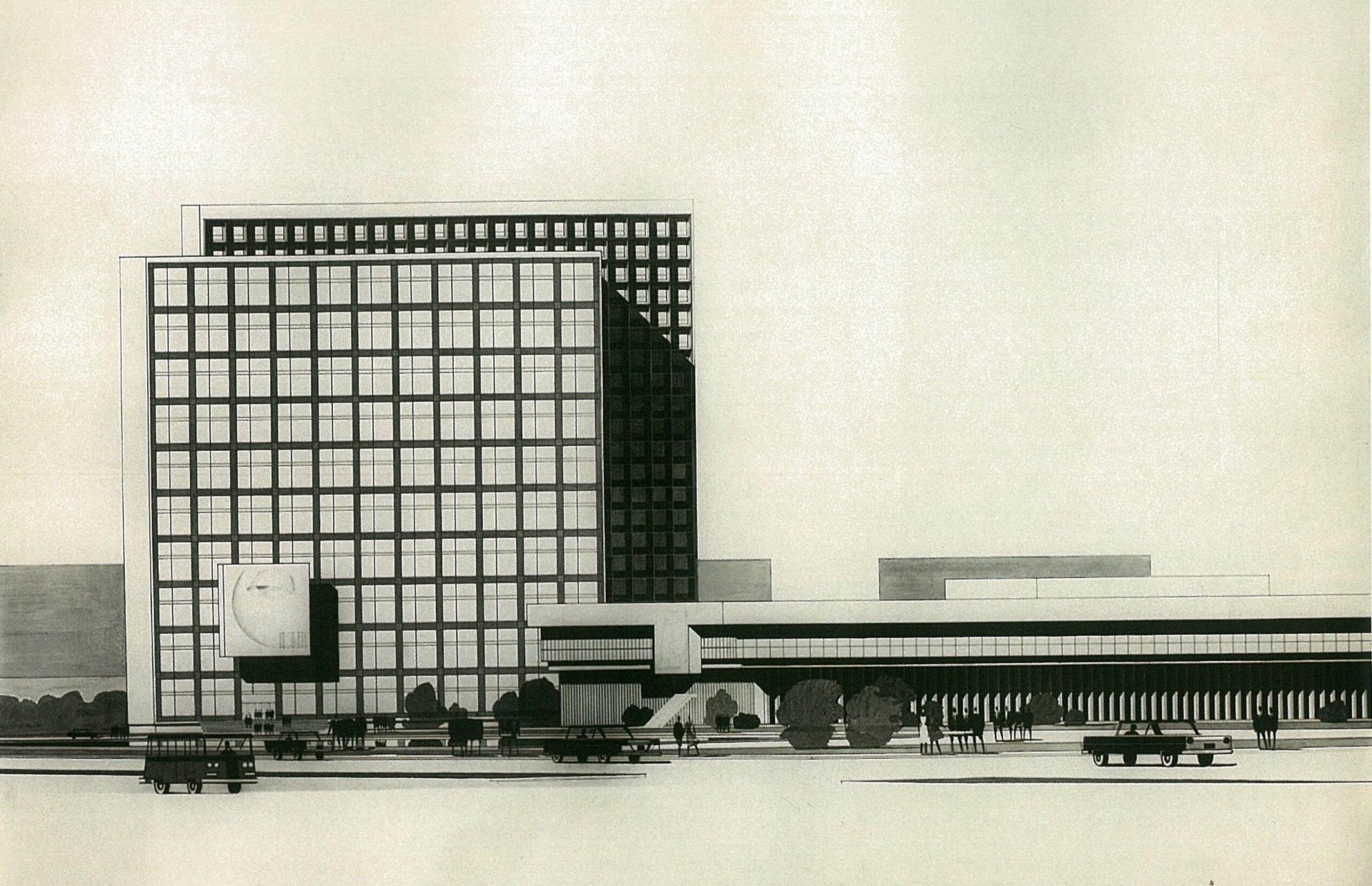 We invite you for a presentation of the book about one of the most well-known architects from the soviet era, whose long creative journey included the final phase of Avant-garde, stalinist neoclassicism and most exhaustively, soviet modernism and postmodernism.

The book was published in October 2015 by the Italian publishers Electa Architecture, as part of the Modern Masters series. This series is dedicated to the best contemporary architects, and includes a wide range of archival materials as well as modern photographs of countless projects and buildings.

In "Leonid Pavlov," one can follow practically the entire development of soviet architecture, and get an idea of its direction while familiarizing oneself with some of the best examples. Most importantly, though, is that this is the first comprehensive work, which, thanks to the efforts of one of the most brightest architects of the 20th century, uncovered the topic of the second wave of modernism in the USSR - the period which started in 1954 and lasted over thirty years to 1991, and impacted the modern urban space in many ways. Interest in the relatively recent, but totally un-researched, soviet modernism is growing not only in Europe and the USA but also in Ukraine and Russia.

Leonid Pavlov received his architectural education in the Higher Art and Technical Studios (later the Leningrad Higher Art and Technical Institute) under the leadership of Aleksander Vesnin; Ivan Leonidov was also a friend who exerted significant influence on him. After he graduated in 1930, he worked in the studio of Victor Vesnin designing residential quarters in the area of DniproHES; he also participated in designing for competitions, specifically as part of Ivan Leonidov’s group which created the famous Linear city project. In 1937 Pavlov entered his postgraduate studies at the Architectural Academy where he studies classical languages taught by architectural historians. He designed and built in the style of Historicism up until 1956 when it became possible to return to modern architecture.

Pavlov is one of the brightest architects of soviet post-war modernism. He developed a series of new typologies, specifically structures designed for cars and computers, and also proposed several radical urban planning ideas. Starting in the mid-1970s his designs showed signs of postmodernism, and his last large work, Memorial to Lenin in Horkakh, is an excellent example of this style from the former USSR.

The book "Leonis Pavlov" is in the Center for Urban History’s library collection. We invite you to come and read it.

Presenting the book will be