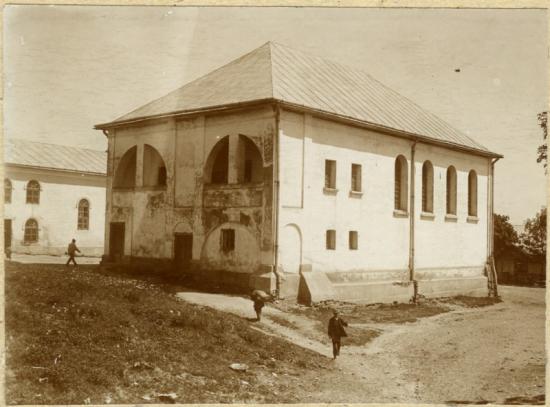 Jews and their Neighbours in Krakowiec during the Second World War

A savage transformation overtook Krakowiec between 1939 and 1946. For centuries, three different communities, each with a distinct culture, language, and faith, had lived side by side in this small east Galician town. Almost overnight, one was slaughtered, another subjected to violent attacks and then deported. A multi-national society suddenly became the exclusive preserve of a single national group. How and why did this happen? Was it primarily the result of the irruption of external forces, principally Nazi and Soviet? Or were there also intrinsic causes to be located in the evolving pattern of relationships among Poles, Jews, and Ukrainians over the previous decades?

This exercise in microstoria has a larger concern. How did Jews and non-Jews relate to one other in the Ashkenazi Jewish heartland (encompassing the former Russian "Pale of Settlement" and eastern Galicia, ruled by Austria between 1772 and 1918).  The issue is central to the history of Jewry between the Enlightenment and World War II and to the growth of ethnic antagonisms in east-central Europe in the era of the decline of multi-national empires and the rise of nation states. The story of Krakowiec is, in many ways, that of the region in microcosm. During World War II we witness the brutal final stage of transition from the old order to a barbarized modernity. Previous attempts to address these issues have been heavily distorted by apologetics, indictment, nostalgia, or ideological blinkers. Now, perhaps, with help from the archives, we can attempt an analysis that combines empathy with dispassion and unflinching truth-telling with contextual understanding.