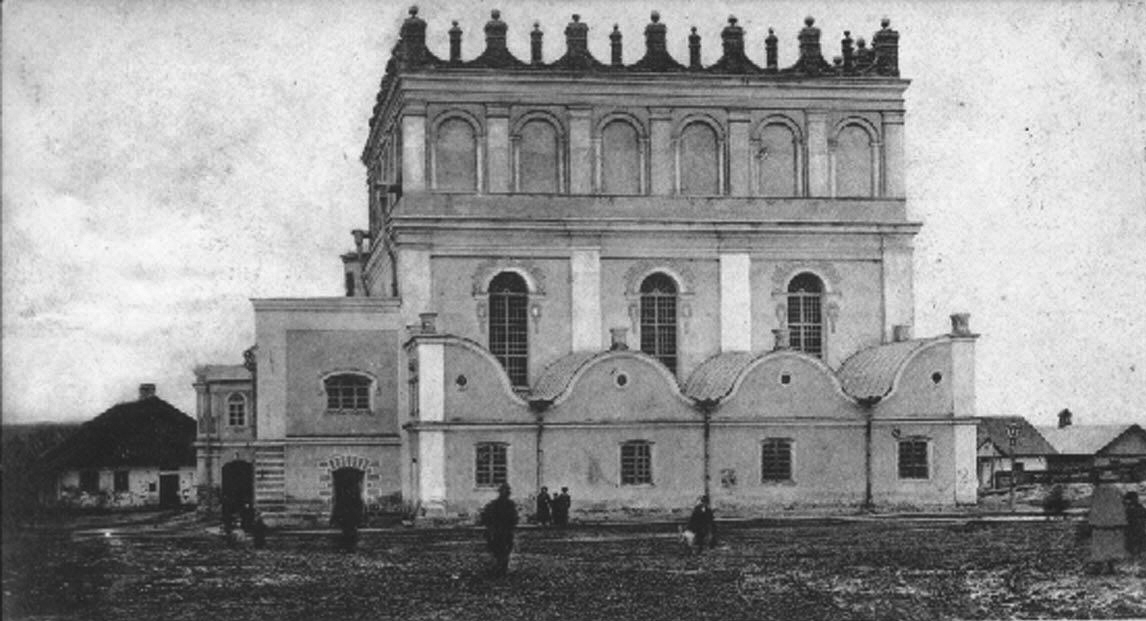 In the Shadow of Empires

We invite you to the presentation of the books: Sergey Kravtsov "In the Shadow of Empires: Synagogue Architecture in East Central Europe", with preface by Ilia Rodov (Weimar: Grünberg Verlag, 2018) and "Ukrainian and Jewish Artists of Lemberg/Lwów/Lviv: From Ausgleich to the Holocaust" Sergey R. Kravtsov, Ilia Rodov and Małgorzata Stolarska-Fronia eds. (Weimar: Grünberg Verlag, 2019) took place.

"The architect and architectural historian Sergey R. Kravtsov, scholar at the Hebrew University of Jerusalem, takes us back to the Jewish cultures of Central-Eastern Europe. With his deep knowledge of the synagogue architecture he guides us through four centuries of architectural history, spanning from Bohemia to Galicia and Bukovina in Austro-Hungarian Empire, from Volhynia to the Baltic States in Russian Empire, and to Jerusalem, then in the Ottoman Empire.

The author traces Jewish identities and cultures under the influences of the great empires that expired in the 20th century. His observations document the cultural awakening of the Reformed Judaism in the 19th century and of the thrive of the diverse Jewish cultures in the last period before their extinction in the Holocaust.

This book will be a standard reference for architectural historians and the interested public to understand the design of synagogues. It is meant to inspire the effort to preserve and protect the remains of the great Jewish cultures in East Central Europe." - Martin Ebert, Grünberg Verlag.

"Ranging from scholarly research to personal memoir, the articles collected in this volume ["Ukrainian and Jewish Artists of Lemberg/Lwów/Lviv: From Ausgleich to the Holocaust"] provide an eclectic and provocative look at cultural and artistic identity (and identity construction) amid what editors Sergey R. Kravstov and Ilia Rodov describe as the "atmosphere of vivid national consciousness" in pre-World War II Lviv/Lwów/ Lemberg, where Ukrainians and Jews formed minority communities in a city domi­nated by its Polish majority. The insights presented here are especially relevant today, when both the Polish and Jewish minorities have all but disappeared from the city itself, but where the legacy of the Holocaust and communism have created contested memoryscapes amid the surviving urban setting." - Ruth Ellen Gruber, Director of Jewish Heritage Europe, Author of "Virtually Jewish: Reinventing Jewish Culture in Europe".

This volume is a result of the international workshop "The Ukrainian and Jewish Artistic and Architectural Milieus of Lwów/Lemberg/Lviv: From Ausgleich to the Holocaust", which took place at the Center for Urban History on November 5-7, 2012.