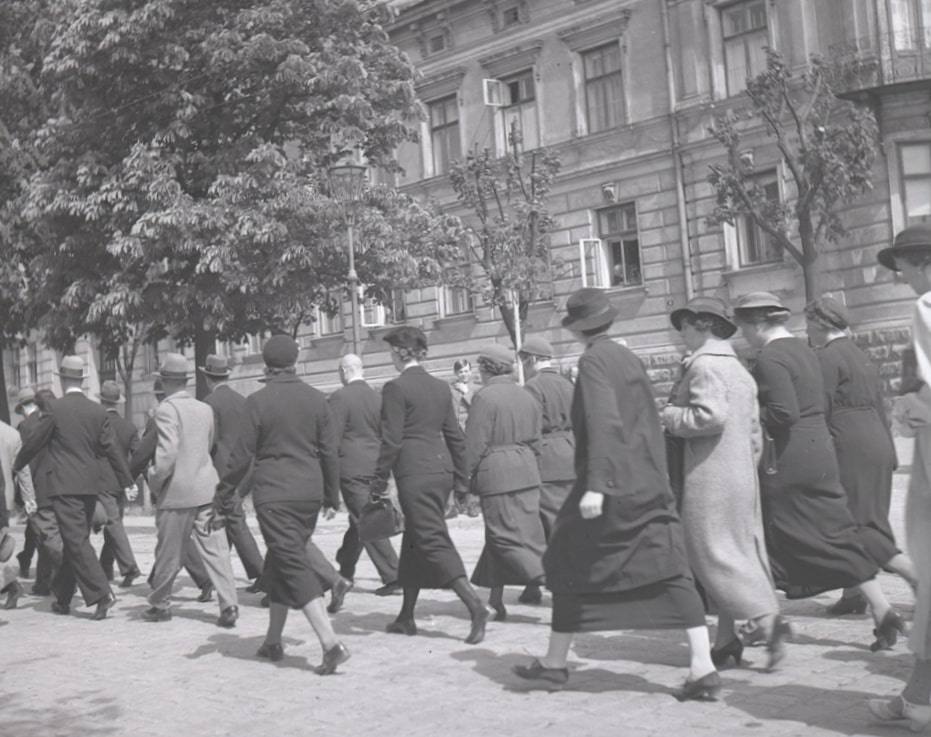 Die Ungleichzeitigkeit des Gleichzeitigen: Not long ago, when the age of innocence ended, and everything was possible

For Habsburg author Stefan Zweig the First World War brought forever to an end the "age of innocence": after the war one could no longer travel without a passport. And this was not all: now, without a passport, one would not even be treated as a human being. The temporal rupture effected was violent, and irreversible. No one then knew that soon enough, a still greater, more violent war was to come.

What we today, retrospectively, call "the interwar years" came about due to two moments of radical contingency: if on 28 June 1914 nineteen year-old Gavrilo Princip’s bullet had missed Franz Ferdinand, if in April 1917 anything at all had derailed that sealed German train car and Lenin had not arrived in Petrograd. . .the whole twentieth century as we know it would not have happened. These two Augenblicke—moments of hasard objectif, as the surrealists liked to say—ignited breathtaking conflagrations: a world went up in flames. Four historic empires—the Ottoman, the German, the Habsburg, and the Tsarist—fell. All the old rules ceased to obtain. What the new rules were—or would be—no one yet knew.

"O my brothers, am I cruel?" asked Nietzsche’s Zarathustra. "But I say: what is falling, we should still push. Everything today falls and decays: who would check it? But I—I even want to push it." When Nietzsche wrote these lines in the 1880s, they were, perhaps, premature. A few decades later, they felt unheimlich, so well did they capture the Zeitgeist. God was dead, everything was possible. "Я почуваю себе без меж," wrote the Ukrainian futurist poet Mikhail’ Semenko. "I feel myself without limits." That was in 1918, when in Europe’s east, the First World War did not truly end at all. Semenko was a poet, a futurist belonging to an avant-garde that severed the connection between word and thing, signifier and signified. Dadaism reified contingency. Artists inverted the relationship between life and art: art was no longer a mirror, but rather a hammer. Literature would no longer reflect the world; now it would transform it. The German surrealist painter Max Ernst once described surrealist collage as "the coupling of two realities which apparently cannot be coupled on a plane which apparently is not appropriate to them." Ernst’s description could apply to these years between the wars as a whole: nationalism and internationalism; fascism and Bolshevism; Right and Left; fragmentation and wholeness; transparency and concealment; nihilism and idealism; catastrophism and utopianism; determinism and contingency; individualism and collectivism; rationalism and irrationalism; Eros and Thanatos—all were present in excess, and extremity. The center—groundedness, moderation—"melted into air."

At the lecture, there will be a presentation of the Ukrainian translation of the text by Ludwick Fleck "Genesis and Evolution of a Scientific Fact" ("Knyhy 21" Publishing, Chernivtsi) engaging the translator Stefania Ptashnyk.

The lecture is a part of the international workshop "Ludwik Fleck and His Thought Collectives".